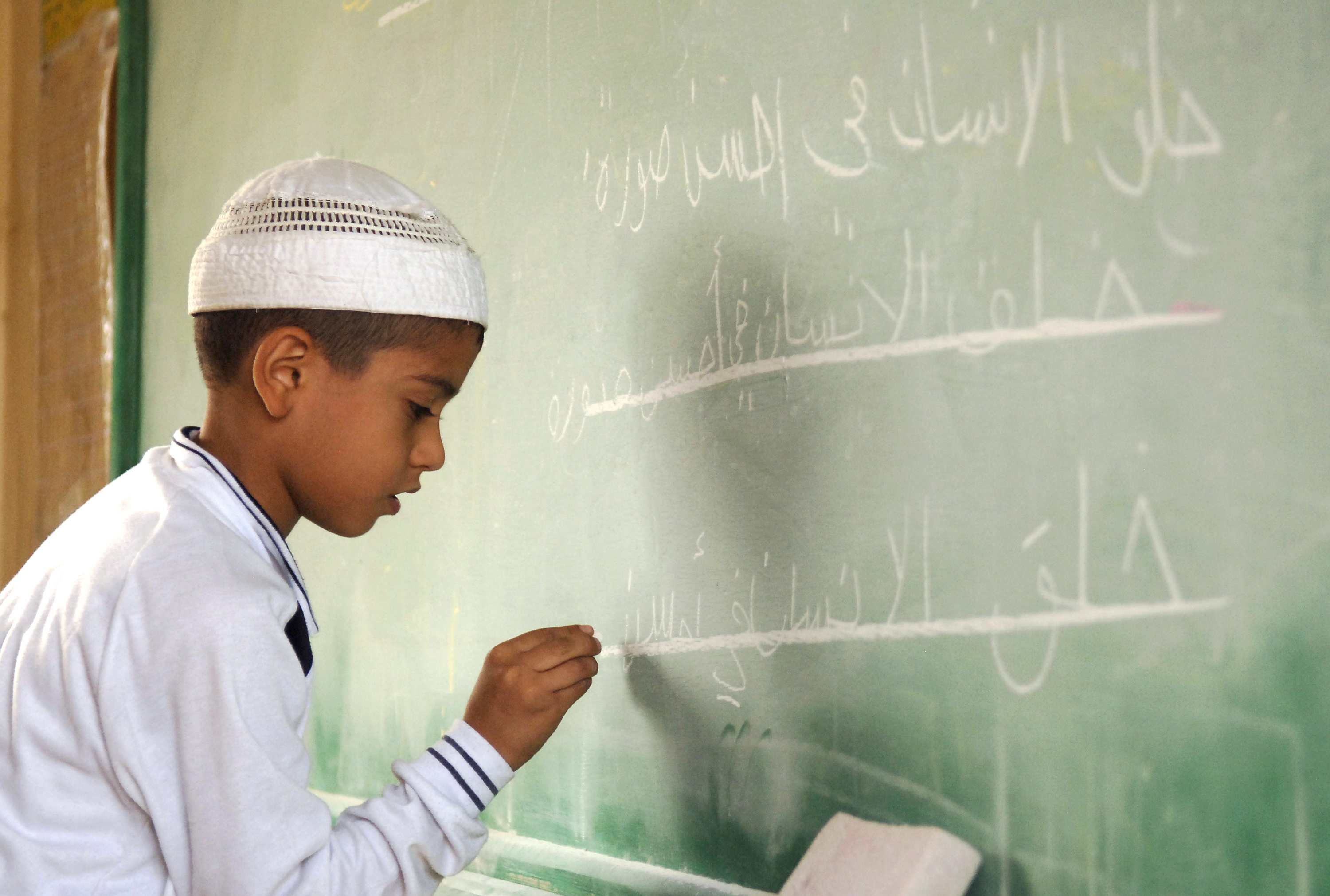 Learning any second language is certainly difficult. But what about learning a language that reads right to left, has 13 present tense forms, and does not include vowels when written? Difficult, right? This is Arabic, a language spoken by more than 300 million people worldwide.

Arabic has been identified as the second most important language to learn for the future in the UK, and in this, some primary schools have begun teaching it in their curriculums. However, studying Arabic is no easy feat. To make it easier for young learners, teachers may begin to use mobile games and apps to supplement a student’s learning in the classroom.

In this article we will explore reasons why learning Arabic is difficult, while arguing “gamification” (playing games in an educational context) will drive young learners to better excel in learning the language.

According to the Foreign Service Institute, Arabic is one of the most difficult languages for a native-English speaker to learn. They report it takes 2,200 hours to get to a level three in Arabic, which gives someone a general and professional efficiency in speaking.

So, a student who hasn’t been exposed to Arabic from an early age would have a hard time learning the language.

Grammatically, Arabic is very complex. Like we mentioned before, one reads from right to left. There are 13 commonly used present tenses. The verb usually comes before the subject and object of the sentence. People also don’t include vowels in writing, which is especially difficult to grasp if one has just begun studying the language.

There are only 28 letters, but they look different depending on whether they stand alone, or are at the beginning, middle, or end of a word. Many letters do look the same, but differentiate themselves based on the amount of dots they have.

Writing Arabic is one thing, but speaking Arabic is another, as spoken and written Arabic is very different. Robert Lane Greene, equates Modern Standard Arabic (MSA) in Arab countries with Latin in Medieval Europe. MSA, which is taught in schools, is used in formal writing and religion, but people do not speak it.

“If I go to Egypt or Lebanon in a year… I will be walking down the street asking people for a bite to eat in something that will sound almost as conversationally inappropriate to them as Shakespearean English would to us,” writes Greene, almost humorously.

Arabic speakers instead have their own dialects, which differ between countries, but also between regions. The dialects are so distinct they sound like different languages; naturally this makes learning Arabic outside of an Arab setting extremely difficult.

How technology is bridging the gap in learning languages

As children, parents, and educators become more engaged in technology, mobile devices are being used more and more in the classroom. As of 2013, Apple sold $8 Million iPads to educational institutions worldwide.

Gamification is when the concept of applying gaming techniques helps to engage learners to achieve their goals. It’s what helps in learning languages.

Read More: How ‘gamification’ can drive mainstream engagement across industries

There aren’t many prominent apps for learning Arabic. Rosetta Stone offers an Arabic course, but it isn’t aimed at young children. And as it becomes more important to learn Arabic, there’s a need for quality apps for children to be developed.

Apps that help children learn should be simple and easy to understand, like Elastic Alphabets for Kids, which introduces the letters of the alphabet through line drawings, and reinforces this with animations.

Language learning apps should also keep content repeatable, and use sounds to engage young learners, like Zooper ABC Animals, which provides sound effects to go along with the narratives. Children find the apps fun, making them more likely to continue learning.

When apps are aligned with students’ needs, they affect levels of achievement significantly. According to a study by Maya Lopuch, the Director of Learning Design and Analytics at eSpark Learning, students who used an app along with traditional classroom learning methods achieved 165% of their expected learning gains. Students also went from the 51st to the 60th percentile after using an iPad for three months. They find learning with apps fun, and so can sustain this progress.

When technology is embraced, a child’s learning potential is increased. Gamification allows a child to learn Arabic subconsciously, and have a more rewarding learning experience through a stimulating, interactive app.

It’s becoming more and more important to learn Arabic, but only 1% of schools in the UK teach it.

This is why the British Council developed an Arabic Language and Culture Programme, which aims to bring Arabic into the mainstream curriculum of UK schools. So far, the program has been brought to eight schools in the UK. One thousand primary students are learning Arabic as part of the curriculum, and 500 after school.

In Israel, Jewish and Arab children learn both Arabic and Hebrew together. The schools are called Hand in Hand, and there are six locations that run publicly under the Israeli Ministry of Education. The coursework at the schools is done in both languages, and each classroom has two teachers: one who speaks Hebrew and one who speaks Arabic. A study from Hebrew University showed students at the school were more articulate, were more accepting of other cultures, and were less radicalized.

Teaching Arabic to students everywhere, not just in Israel and the UK, helps to restore a trust that has been lost in the recent decades and move beyond media stereotypes. Learning Arabic is not easy. But learning it with the support of gamification will move young learners to better grasp one of the hardest languages in the world, all while opening their eyes to the rich Arab culture.