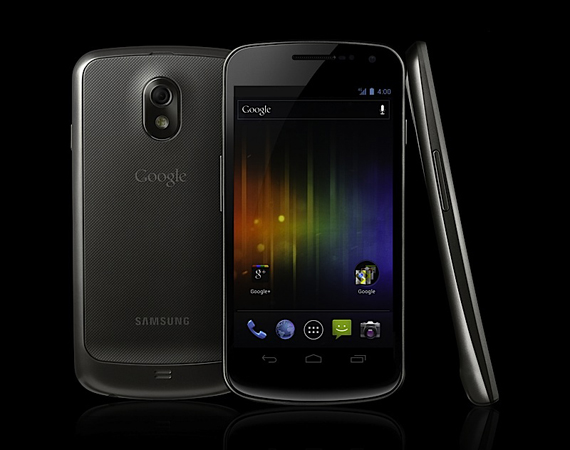 Google and Samsung teamed-up early this morning in Hong Kong to unveil the first smartphone designed for Android 4.0 – the Samsung Galaxy Nexus. Android 4.0 or Ice Cream Sandwich is the ninth release of Android and marks the third anniversary of the HTC Dream, the first ever Android phone.

Ice Cream Sandwich is the first version of Android designed to work on both smartphones and tablets, previously serviced separately by Gingerbread and Honeycomb versions.

The Galaxy Nexus is big and powerful and a fitting alternative to Apple’s newly released iPhone 4S. The device has a 4.65-inch contour display with a resolution of 1280 x 720 (720p), making it truly high-definition. Inside a dual-core 1.2Ghz processor makes the device “lightning fast”.

Capacitive touch buttons have replaced hardware-based ones and are adaptable. A new font optimised for HD displays has been created to further enhance the device’s smoothness.

The keyboard in Ice Cream Sandwich is said to be “drastically improved”, notifications are more interactive and widgets are now resizable. The Gmail experience is again improved with offline support and a new design that lets users quickly swipe through emails.

The browser, described as “desktop-class”, is faster, features an improved tab manager and allows user to synchronise bookmarks with Google Chrome.

A new People app integrates Android contacts with Google+ and other “social services” – most likely Twitter and Facebook.

The camera on the Galaxy Nexus is surprisingly only 5MP, although it does feature auto-focus, zero shutter lag and shoots 1080p HD video. This is one of the few areas that the iPhone 4S actually beats Samsung’s latest release, specification wise.

Ice Cream Sandwich introduces Android Beam, allowing Android users share webpages, maps, directions, videos and apps instantly using near-field communication (NFC). Another new technology introduced to Android 4.0 is Face Unlock, where a user can use the front-facing camera to identify themselves as the legitimate owner of the device before it becomes usable.

The Galaxy nexus will begin retailing in the United States, Canada, and parts of Europe and Asia in November. It’s not yet known whether Ireland will be amongst the first to receive the device.