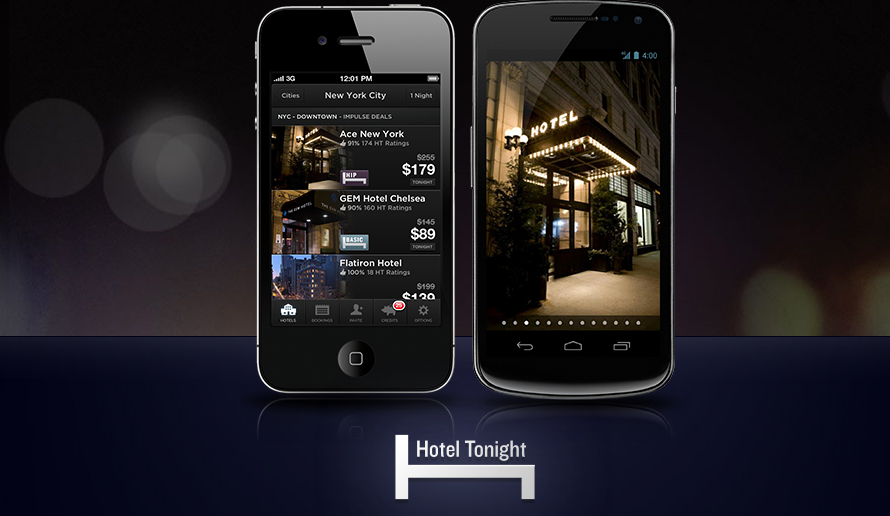 Four months after officially launching its UK business at LeWeb London, HotelTonight’s CEO and Co-founder, Sam Shank, has taken to the main stage at the Dublin Web Summit to launch the company’s Irish operations.

Launching the product live on stage HotelTonight’s Shank said, “Mobile technology has revolutionized the way we plan our lives, totally changing our mindset and approach to travel; we’re no longer tied to a pre-planned itinerary, but instead can make spontaneous decisions about where to go and for how long.”

Making the announcement today Shank said that first time bookers can get €20 off their first booking by using promo code TONIGHT.

First time users of the @hoteltonight app in Dublin can get €20 off, using the promo code TONIGHT %23websummit

HotelTonight (@hoteltonight | Facebook) is the first hotel booking system designed specifically for mobile devices (Android| iPhone), allowing users to book last minute hotel rooms with up to 70% off the normal prices.  Since launching the US in 2010 and expanding to the UK in 2012 the app has recorded over 3.5 million downloads.

How the HotelTonight works

At noon each day users of the app will be notified of specific offers in the hotels nearest to their location, they can then book the rooms at reduced rates until 2 a.m. local time.

“The positive response to our European launch this summer has been overwhelming. Hot on the heels of London, we have now expanded into four British cities and demand is growing all the time. Word has certainly spread to Ireland, where we’ve received many requests from both travellers and hoteliers for Dublin to be added to our hotel booking app.

“We’ve worked hard to bring the Dublin launch together for the Dublin Web Summit and over the coming months look forward to adding many more Irish and European cities to the app.”

The developers say the app is not only designed for frequent travellers but for locals who may be looking for deals in their area.

Shank also announced that some of Ireland’s most prominent hotels, including The Croke Park Hotel, The Gresham Dublin, The Merrion Hotel, The Morgan, and The Westbury Hotel, will be available to the app’s users in Ireland.

Since launching in London in June HotelTonight has expanded to Amsterdam; the company expects to expand into Western Europe in the next few months.

Hoteltonight’s Android and iPhone apps are available to download on the Google Play and iTunes stores.