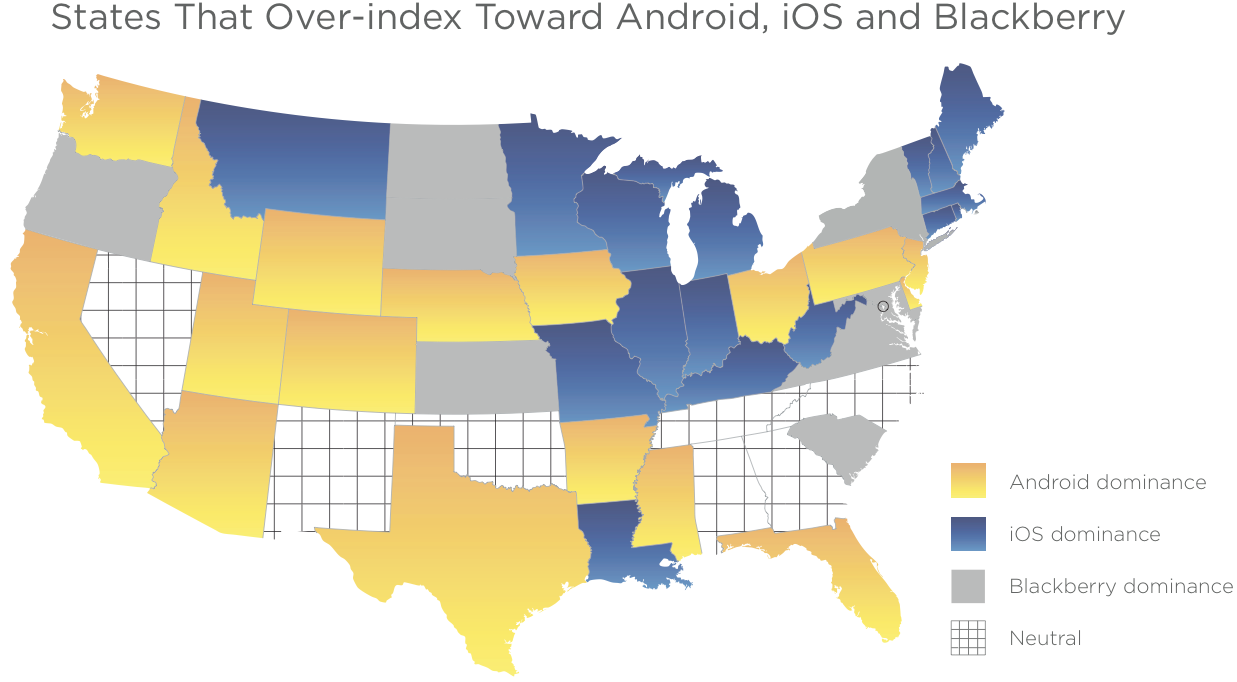 Click-through rates on Blackberry, Symbian and webOS devices are all below the industry average at 0.36%, 0.50% and 0.44% respectively. Jumptap attribute iOSs continued ad CTR performance to the “uniformity of the iPhone’s browsing and app experiences”.

Android devices however continue to dominate market share on the Jumptap Network and have done so for most of 2011. Out of the 83 million users on the network, 38% of devices were Android-powered in June 2011, 33% were powered by Apple’s iOS, 22% by Blackberry and 5% by Symbian. The top three mobile operating systems, Android, iOS and Blackberry, control over 90% of the smartphone market making it very difficult for new platforms like Windows Mobile 7 to gain significant traction.

Jumptap also did a US state-by-state analysis of ad interaction by platform and found that Android devices dominate in southern states, whereas iOS and Blackberry largely dominate northern states.