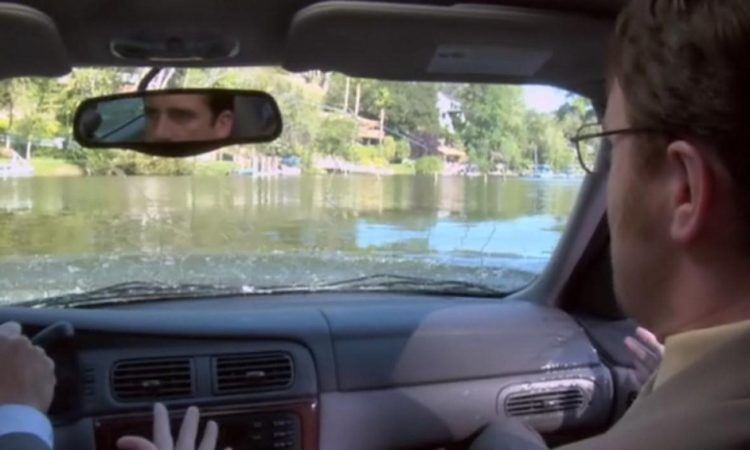 A new era of accidents have emerged since the time that the internet became available on mobile devices. The handiness of small smart devices packed with technology that allows you to talk, text, play games, or watch videos while driving, crossing the road, or even moving around the house, are giving rise to more accidents and injuries.

A new study from Zendrive, a company that collects and analyzes data on driver behavior, has found that drivers today are 10 % more distracted than last year. The chief cause, you guessed it – smartphones.

There is no limit to the surprises technology can bring us. On the one hand, we are connecting to not just people but objects like our car and our house; voice assistants and chat bots book appointments for us or give us financial advice.

Read More: ‘Selfitis’: Obsessive selfie taking as a real disorder and the fake news stories that inspired its research

On the other hand, new varieties of problems are on the rise, mental and social problems with strange names like nomophobia (fear of being without one’s mobile phone) and PlayStation palmar hidradenitis (skin disorder caused by holding a PlayStation console too tightly for too long).

A 2017 study on university students in Korea found that in comparison to normal users, those addicted to smartphones were more likely to have experienced any accidents, such as falling from a height or slipping, and bumps or collisions. Amongst the accident (38.76%) and smartphone addiction (36.40%) groups, the proportion of participants using smartphones mainly for entertainment was found to be significantly high.

They identified six types of accidents, a traffic accident; a fall from a height or a slip; a bump or collision; being trapped in the subway; impalement, cuts, and an exit wound; or burn or electric shock. The total number of accidents revealed that each participant had experienced at least one type of accident.

Studies as early as 2013 show that in the US, steady rise in use of mobile phones has resulted in high rates of non-fatal pedestrian injury. In Korea, recent data reveals that smartphone use related accidents among pedestrians have risen by 1.9 times over 4 years in comparison to the increase of only 1.1 times in the total number of accidents.

When a person uses a smartphone while performing another task like driving or walking, it essentially means the person is dual or multi-tasking. The pre-occupation with the smartphone results in under-performance of the main task and hence accidents occur.

Basically, when we use a mobile phone while walking, we concentrate more on the cell phone, because it offers more stimulation than plain boring walking. Thus, we end up doing a bad job of the main task, walking.

Struck by Lightning, Death by Selfie, and Exploding Chargers

Cell phones are even increasing the damage that getting hit by lightning causes. In an incident in London, a 15-year-old girl was hit by lightning while talking on her phone in a large park. She had to be resuscitated after she suffered a cardiac arrest. The incident damaged her eardrum on the side that she had been holding the phone.

In a similar incident, lightning struck a hiker’s selfie stick in Wales, killing him instantly.

Selfie deaths have also been reported from around the world. A man plunged to his death in Machu Picchu trying to pose for a picture. A man in China was playfully drowned by a walrus when attempting a selfie with the animal. In Spain, a man was gored to death by a bull while trying to get a picture of himself with the running bulls.

Cell phones are not the only culprit, headphones also contribute. An evaluation of accidents reported in national news reports and injury databases from 2004 to 2011 showed that 116 accident cases were caused by pedestrians using headphones. 70 % of these cases resulted in the pedestrian’s death.

When we pick up a mobile device, in our glee of discovering its advantages, we often ignore the original task at hand, taking care of ourselves, in spite of the implications of doing so. While the technology is advanced, we are still human. We had better remember that.