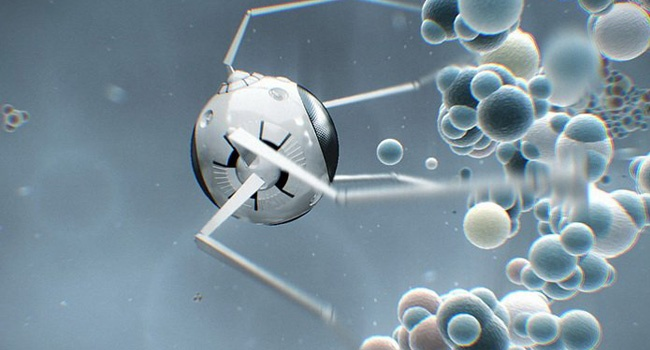 On August 30th, scientists revealed that they had produced and tested molecule-sized robots that can seek and drill into prostate cancer cells, killing them in minutes. The findings were published on the renowned scientific journal, Nature.

The tiny robots were able to recognize their cancerous target after landing, proceeding with the execution only after being triggered with UV light.

Soon to be tested in animals and hopefully safe for human trials, the breakthrough discovery has finally opened the door for new treatments in oncology. Free from the dangerous side effects of chemo or radiotherapy, these robots can attack any kind of cancer with high specificity and low risk.

All thanks to a Dutch farm boy named Ben.

Three main aspects had to be mastered and implemented in a single nanorobot in order to achieve this significant feat. The ten-strong team of chemists combined their expertise in stereochemistry, the three-dimensional design of molecules; photochemistry, the study of light-controlled chemical reactions; and biochemistry, to give the robots the molecular tools to to recognize their target.

All thanks to Ben, who was born in 1951 and raised in a farm south of Gröeningen, an area where people still carve peat from bogs on a daily basis. However, Ben did not end up becoming a farmer himself. He was more the kind of person who was happy tinkering with engines and other mechanical parts. At some point, he even managed to build a car and a windmill not far from his hometown. Good for Ben.

The first aspect of nanobot development was three-dimensional design, requiring follow up on previous research on rotors, or molecules engineered to rotate in a single direction. In this case, they rotate at tremendous speeds of about 3 million rotations per second. Surprisingly hard to achieve, considering 50,000 of these things fit in the width of a single human hair. 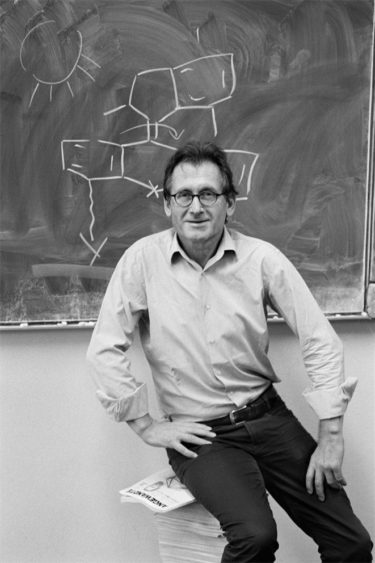 The ultimate result? Bleb, then boom. Only the latter word was an onomatopoeia: a ‘bleb’ is the technical term for a cell bulging. followed by necrosis, the explosive death of a cancer cell.

Anyway, back to Ben. For him, building a car and a windmill were ways of showing off the machines he loved. True to his passion, Bernard ‘Ben’ Feringa went on to win the 2016 Nobel Prize in chemistry for his life-long work in the development of molecular machines, a recognition of his mastery and innovation in stereo and photochemistry.

Among his achievements, Feringa developed the first nanoscopic rotor in 1999 and developed it to rotate at 12 million revolutions per second. Using this rotor he built a nanocar in 2011, complete with chassis and all components, allowing him to compete in races with it when others followed his steps. Creating a nanowindmill was a logical step, but then he added a light switch and managed to build a whole windmill park with it.

Standing on the shoulders of playful giants like Ben Feringa, scientists will be able to develop life-changing treatments for previously incurable diseases, highlighting the importance of basic multidisciplinary STEM research. Imagination is the perfect companion to science, many scientist argue. Thankfully, technology is making science’s dreams come true,whether you dream with galaxies or with atoms.

Sadly for his fellow farmers, Ben gave up his childhood dream of being a farmer in order to pursue nanochemistry. Who knows what he would have achieved in agriculture, if building little machines were not his passion?

Explaining the rise of born-global firms: a new generation of entrepreneur set on global development

Why we need to develop AI to explain AI