Hospitals are keeping mum about drug-resistant superbugs in their ICUs 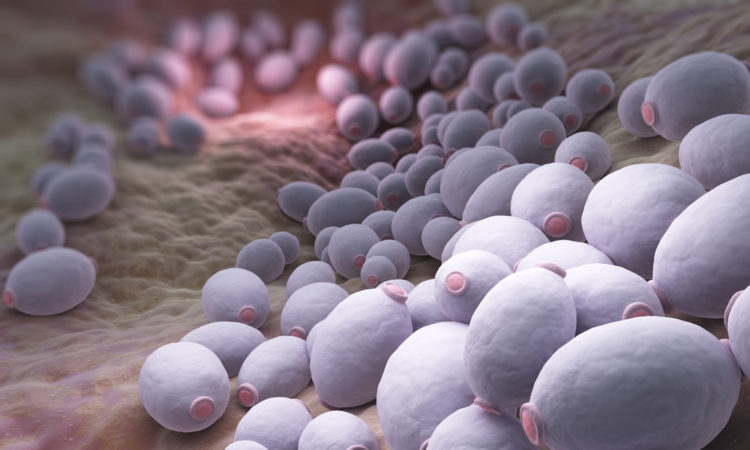 A fungal superbug called Candida auris has been preying on hundreds of people since it was discovered in 2009 in Japan. Hospitals; however, are reluctant to inform the public about having it in their ICUs for fear of losing their reputations.

Would you go to a hospital that is growing super, drug-resistant bugs in its Intensive Care Units (ICUs)? You wouldn’t if you knew. What if the hospital chose not to tell you about it?

The case of the latest superbug Candida auris raises questions about how responsibly hospitals behave when it comes to informing public with news that might harm their reputation.

As the NY Times has elaborated in a detailed article on the subject, “hospitals and local governments are reluctant to disclose outbreaks for fear of being seen as infection hubs. Even the C.D.C., under its agreement with states, is not allowed to make public the location or name of hospitals involved in outbreaks. State governments have in many cases declined to publicly share information beyond acknowledging that they have had cases.”

Meanwhile, Candida auris has been multiplying and spreading.

The Royal Brompton Hospital, a British medical center in London, had an outbreak in late 2015. While the hospital alerted the British government and informed infected patients, it made no public announcement. The situation reached a head when they had to shut down their infected ICU unit, shifting all patients.

Only a few days after that did the hospital make a public announcement, according to The Telegraph. It was found later that the number of infected cases had reached 72.

With the argument that spreading panic won’t achieve any good, hospitals withhold such knowledge from the public, endangering a wider berth of population, since people can be colonized, meaning when they become carriers without actually incurring the disease.

In Valencia, Spain, a 992‐bed tertiary institution belonging to the Spanish National Public Health Service also saw an outbreak. However, this hospital never made a public announcement and still hasn’t. The place only came under the radar because of a study conducted there analyzing the outbreak in positive patients from April‐2016 to January‐2017.

The study reveals that 372 people were colonized and 85 developed bloodstream infections. The hospital has a large transplant program, 36‐bed ICUs, a 36‐bed surgical unit, and a 6‐bed burn unit. The place caters to a mixed urban and rural population of around 300,000 people in Valencia, Spain.

Other cases have also been there, such as the Clostridium difficile outbreak, which started in January 2014 in the Casa Maria nursing home in New Mexico. The Casa Maria staff contacted authorities only on March 4, 2014, by which time, 9 of the nursing home’s 86 residents got infected.

Imagine walking into a well-equipped hospital for a transplant and then dying of an infection that the ICU of the hospital itself gave you. While doing so, it also exposes your family and visitors, who might carry the germ back home. All so that the public image of the hospital remains intact.

Even worse, patients who visit hospitals for non-elective surgeries don’t even have an urgency to be at the infected areas of the hospital. If they were aware of such an outbreak, they might postpone. That is probably what hospitals don’t want.

An author of the article in the study, who was also a doctor at the Valencia hospital, told The New York Times in an email that the hospital was reluctant of him speaking to journalists because it “is concerned about the public image of the hospital.”

Unless a public announcement is made there is no way of finding out what outbreaks we can be exposed to right now.

Health officials say that revealing information about outbreaks can cause panic among patients, especially in cases, when they can’t do anything about it, and the risks are uncertain.

Read More: How and why hackers are targeting our hospitals

Some are arguing that it is not an easy task for hospitals to inform the public without starting a panic. Also, they have a hard time deciding when to declare, meaning what number of patients found infected should decide the timing of the announcement.

Considering so much thought is never put in when doling out antibiotics to patients in the name of curbing infection, these arguments seem weak. Also, if an alarmed public ultimately finds out they didn’t actually have anything to worry about, the resulting emotion is more likely to be relief than feeling fooled.

Another argument is that informed people might delay going to a hospital even though they are in need of medical care, making their current situation worse. Again, people can always choose another hospital, and they are unlikely to resent the discomfort of changing a hospital after being informed of a potential infection.

In the case of restaurants, news of food poisoning outbreak would be spread quickly to prevent more cases. This should be the same.

How Dangerous is Candida auris?

Candida auris entered the US with three cases in 2017. Almost 600 cases have been confirmed since, and many more suspected. Moreover, over 1,000 Americans have been found to be colonized.

The feared superbug mostly attacks hospitalized patients or patients in nursing homes, as outbreaks have most often been seen in medical facilities, specifically in hospital rooms, ICUs, and the ER.

Not only is the bug super resistant to antifungal medications, it is also deadly, claiming over 1 in 3 patients who contract an infection. The pervasive yeast is so tenacious that hospitals are finding it impossible to get rid of it from infected areas.

Though it doesn’t kill everyone it connects to, it has proven fatal for people with weak immune systems, such as new born babies, the elderly, smokers, diabetics, and people suffering from autoimmune disorders.

This superbug is yet one more consequence of overuse of antibiotics reducing the effectiveness of drugs. The issue of overuse of bacteria-fighting drugs in hospitals, clinics, and farming has even been discussed in the United Nations General Assembly in 2016. However, we continue to use them, which has now resulted in a worrisome problem, Candida auris being only a part of it.

The magnitude of this problem is such that a UK government study predicts that if the overuse of antimicrobial drugs is not stopped, drug resistance could claim 10 million people worldwide by 2050.

A System of Culpability and Transparency

The crux remains, out of fear of loss of reputation and incoming patients, hospitals loathe to inform of outbreaks happening on their own turf, even when the potential is as dangerous as the Candida auris. Even after such outbreaks are widespread, they try to contain the information as much as possible, rather than admit to their negligence.

Superbugs like Candida auris should act as the wake-up call to make a more effective system of protecting patients from exposure. With current expertise in technology like AI, IoT, and cloud computing, we should be able to come up with an effective system of culpability and transparency.