HomeScienceHow to harvest satellite bits, while they are still in space
Science

How to harvest satellite bits, while they are still in space 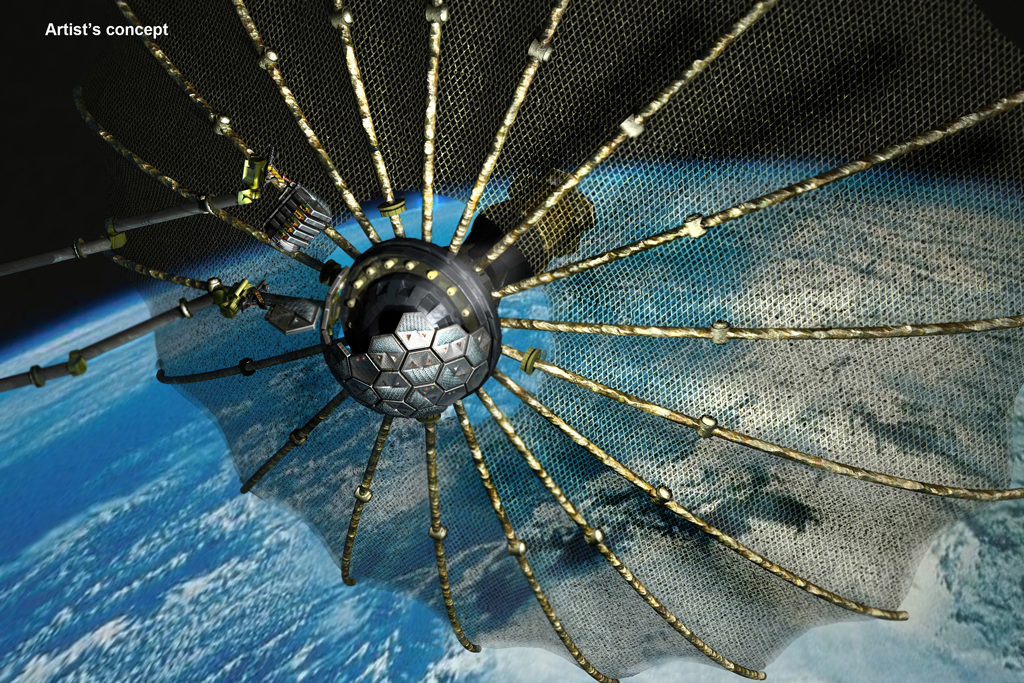 Like something out of a Bond film the United States’ Department of Defense has plans to harvest parts of decommissioned satellites (with their owners’ permission), while they are still in orbit.

It sounds crazy but The Phoenix Program comes from the same wing of the US Defence Department that fostered the development of the internet, The Defence Advanced Research Projects Agency (DARPA) (@darpa_news | Facebook | Google+).

DARPA’s Program Manager ,David Barnhart,  describes what will be required, “Satellites in GEO are not designed to be disassembled or repaired, so it’s not a matter of simply removing some nuts and bolts… [It]requires new remote imaging and robotics technology and special tools to grip, cut, and modify complex systems, since existing joints are usually molded or welded. Another challenge is developing new remote operating procedures to hold two parts together so a third robotic ‘hand’ can join them with a third part, such as a fastener, all in zero gravity.  For a person operating such robotics, the complexity is similar to trying to assemble via remote control multiple Legos at the same time while looking through a telescope.

Most defunct satellites are disposed of by firing them into the Earth’s atmosphere.  In two high-profiles cases just this year NASA’s 20 year old Upper Atmosphere Research Satellite (UARS) was destroyed when it fell into the atmosphere, while The European Space Agency purposely shot its ATV-2 Space Freighter, Johannes Kepler satellite into the Earth to see how it would break-up (they also live tweeted the event).

The harvested parts could be used to create “satlets,” or nanosatellites which would join the array of operational satellites in orbit.  DARPA says these harvested satellites could save billions of dollars in the cost of sending new satellites into orbit.