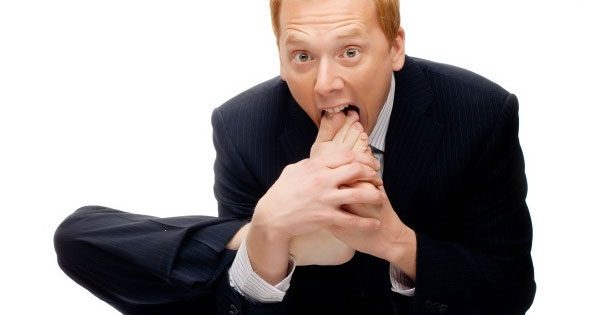 Learning how to avoid social media meltdowns from one of the worst foot-in-mouth blunders an event organizer could make has inspired this list of 8 social media “no no’s.”

The age of social media’s pretty rough – suddenly, everyone has the opportunity to share their thoughts with the world at the push of a button. Unfortunately, some people don’t really deal well with that. And when those people are responsible for representing an event or brand online, we get to bear witness to some pretty spectacular fireworks.

This is precisely what happened recently with Santa Fe Comic Con (SFCC), a small comic book convention based in New Mexico’s capital. It started with a rant about cosplayers wanting free room and board at their convention.

There’s a reason I’m telling you this, mind you. The social media meltdown involving SFCC reads more or less like a guidebook of what not to do on social media if you’re representing an event or brand. Let’s have a look, and see if we can’t help you avoid some blunders of your own in the near future.

To start with, I should explain why SFCC’s rant about cosplayers is a bad thing.

For the uninitiated, cosplay involves people putting together costumes based on their favorite characters from popular culture and attending comic book conventions – Iron Man, for example, or Wonder Woman. Some people make their own costumes, while others commission professional artists and craftspeople to make the costumes for them. Originally a niche pastime, celebrities like Yaya Han and organizations like The 501st have transformed it into a legitimate profession; the top cosplayers in the world can easily make upwards of $100,000 annually.

In other words, cosplayers aren’t just weirdoes who pretend to be superheroes – they’re professionals who can bring of publicity and revenue to any convention they choose to attend. They’re also key influencers in the geek community. And SFCC initiated this whole dialogue with a rant that insulted all of them.

This was something that was endemic throughout the entire SFCC controversy – whoever was holding the reins of the convention’s Facebook page was suffering from a severe case of foot-in-mouth-disease. That is to say, they obstinately, loudly, and consistently continued to tunnel deeper and deeper into the hole they’d dug for themselves, replying in a completely unprofessional manner to anyone who leveled criticisms at them.

Sexist rants, nonsensical complaints, and even more insults labeled at people who might otherwise help the convention get on its feet and expand its reach – and those are just a few highlights. Every time SFCC’s representative responded, they made the situation exponentially worse. Those who witnessed the entire event would likely describe it as a slow-motion train-wreck, and they wouldn’t be entirely wrong.

This isn’t an issue isolated to comic conventions, of course. I’ve lost count of the number of social media blunders I’ve seen over the years; errors which could have been avoided if whoever was on the other side of the brand’s social media presence simply stopped and thought about what they were doing. The Kruse Control Blog put it best, I think:

“I’m often astounded by some of the posts I see from salespeople in my network,” reads a post on the blog. “Stop and think before you post. Don’t be that guy or gal who everyone wants to run from…everything you post leaves an impression. Your own reputation is at stake here.”

Take a look at this Facebook post from actor Amy Jo Johnson. Evidently, SFCC originally had her listed as one of their guests on both their Facebook Page and their website. And as it turns out, she’d never actually agreed to attend.

I can’t even count the number of things wrong with this picture, nor can I emphasize enough that as an event organizer, you cannot, under any circumstances, do something like this. Not only does this open an event up for litigation from someone who didn’t give consent to use their personal brand, it’s also going to generate nothing but ill-will from people who attend to see someone only to find out they aren’t actually going.

Believe it or not, this train wreck gets a whole lot worse. See, in response to Amy Jo Johnson’s post about never wanting to attend SFCC, the brand representative – who I’m amazed was still allowed access to the Facebook account – posted an email from her agent…without any personal details blocked out. According to them, they “wanted everyone to know they did have an agreement.”

What they did wasn’t just in poor taste – it was potentially illegal. So now they’re not only on the burner for insulting some of the most important influencers in their community, they also may have broken the law. And still, they never admitted fault or tried to mitigate the damage they’d caused.

5) Failing To Ever Admit Fault

At a certain point, whoever was responsible for this whole brouhaha evidently realized they’d made a terrible mistake. They took a step back from the incident, took a long, hard look at what they’d done wrong, and posted a well-formulated apology directed at everyone they insulted.

Just kidding. What they posted instead was a long-winded non-apology that misrepresented the incident, threw more passive-aggressive barbs at the offended parties, and attempted to portray the convention as the victim. As an added bonus, they tried to throw in the fact that they do charity work, as though that excused their unprofessional behavior.

Marketers are human beings, and they make mistakes like anyone else. And most people, whether they be guests, clients, or colleagues, realize that. An honest and sincere apology can go a long way towards diverting a PR crisis – and delivered well, it can even save a brand outright.

“The key to a good apology is authenticity,” writes CyberAlert LLC CMO William Comcowich. “In most cases, customers simply want to be heard. Act genuine and promise to resolve the issue, then follow up as appropriate.”

6) Showing The World Your Public Meltdown

Let’s take a break from lambasting SFCC. After all, they’re far from the only brand that blundered into a marketing disaster through social media. If we’re putting together a guidebook on how not to manage your event’s branding efforts, we’ve plenty of examples to choose from – so let’s pull up one of the most spectacular in recent memory.

Back in 2013, Amy’s Baking Company was featured on an episode of Gordon Ramsay’s Kitchen Nightmares. For those who haven’t seen the show, it’s a reality TV series where professional chef and businessman Gordon Ramsay meets with failing restaurants in order to help them turn their organizations around and save their brand. Ramsay’s tough love approach usually works wonders with even the most obstinate clients… until this episode.

For the first time viewers of the show could remember, Ramsay gave up.

After the episode aired, the restaurant’s owners took to Facebook to defend themselves against negative feedback. Things got…well… See for yourself.

Things quickly spiraled out of control, and we were witness to an emotional and psychological breakdown which involved screaming about god, insulting several social networks, and threat after threat.

Sometimes, you need a break from dealing with people. That’s perfectly understandable, and perfectly acceptable. If you don’t recognize when it’s time to take a break, though?

7) Throwing Your Filter Out The Window

Remember that your event’s Twitter feed isn’t your own personal Twitter account. I’ve lost track of the number of times I’ve seen someone tweet something bizarre, not safe for work, or just downright childish. Consider, for example, what happened with US Airways, which retweeted a pornographic image back in 2014.

Evidently, someone had been trying to flag it as inappropriate, and tweeted it instead. Still, it should serve as a valuable lesson: when you don’t censor your tweets or posts, people notice. And that’s not a good thing.

Social media has changed how brands connect with their consumers, and how events are promoted. If you know how to use it, that can be a very, very good thing – you can grow closer to your guests than was ever possible in the past, and generate a ton of goodwill. If you don’t, though?

Brad Wayland is the VP of Business Development at BlueCotton, an on-demand t-shirt printing company.