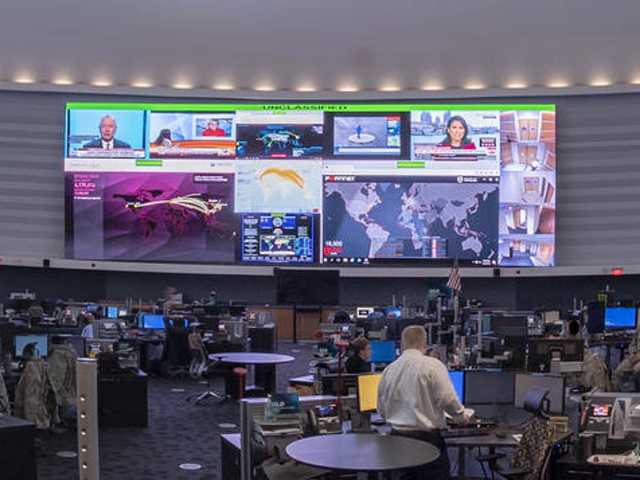 DARPA is looking to automate its understanding of how information flows from fringe to mainstream platforms with a new AI research opportunity.

On May 4, 2022, the Defense Advanced Research Projects Agency (DARPA) issued an AI research opportunity for Modeling Influence Pathways (MIP), which “seeks to connect information flows into pathways used to disseminate and amplify mis-,dis-, and manipulated information.”

These information pathways include:

According to DARPA, “The discovery of pathways and patterns will move our understanding of information operations from today’s current focus on individual users, messages, memes, or campaigns to a higher level, structural and temporal understanding of how these operations unfold.”

In modeling the flow of information, the Pentagon’s research funding arm could potentially give the Department of Homeland Security (DHS) a powerful tool for its incoming “Disinformation Governance Board,” which critics are already calling the “Ministry of Truth.”

“MIPs will require data that may be sourced from human subjects” — DARPA, MIP

“Identifying patterns that emerge among [influence] pathways, such as the propagation from certain niche platforms to more mainstream platforms, is essential to understanding influence operations” — DARPA, MIP

The DHS already has a DARPA-like agency under its Science & Technology Directorate (S&T) called the Homeland Security Advanced Research Projects Agency (HSARPA), which has also coordinated with DARPA.

For example, in August, 2020, DHS’ S&T transferred its explosive threats-detecting technology over to DARPA to “help keep our warfighters and our nation safe from weapons of mass destruction (WMD) threats.”

Another DARPA/HSARPA connection is former HSARPA Director and DARPA program manager Paul Benda, who “was the de facto head of R&D for the DHS, the senior executive in charge of the design and installation of all security systems on the Pentagon Reservation, and a program manager at DARPA,” according to his bio.

“Some data sources that will enable MIPs’ objectives may contain data that identifies one or more living individuals” — DARPA, MIP

If the incoming DHS Disinformation Governance Board ever got its hands on DARPA’s MIP tools, it would be able to collect data not just from websites, memes, or social media platforms, but from living human beings.

According to the DARPA announcement, “MIPs will require data that may be sourced from human subjects.

“Human subject means a living individual about whom an investigator (whether professional or student) conducting research obtains data through intervention or interaction with an individual, or obtains data that is identifiable private information.

“Even if there is no intent to collect human subject data, some data sources that will enable MIPs’ objectives may contain data that identifies one or more living individuals.”

With MIP, the Pentagon is adding yet another tool to its information warfare kit that has been decades in the making.

“MIPs complements maturing capabilities for identification of misinformation, disinformation, and manipulated information with better mapping and understanding of the pathways used to disseminate and amplify that information” — DARPA, MIP

When combined with other DARPA research programs, MIP follows a pattern of the Department of Defense looking to AI to automate the detection and moderation of online influence campaigns.

For MIP, DARPA says the research “will complement various DARPA efforts,” in particular, “by providing a higher (ecosystem) level of analysis” than the following programs:

The main point of contact for MIP is Dr. Brian Kettler, who is also the program manager for both INCAS and SocialSim.

Dr. Kettler came to DARPA from Lockheed Martin in March, 2019, where he was a Lockheed Martin Fellow and chief scientist of the Informatics Lab in the Advanced Technology Labs.

With Dr. Kettler at the helm, the INCAS research program is aimed at detecting, categorizing, and tracking online geopolitical influence campaigns, including those that fly under the radar of most analysts.

Dr. Kettler’s other program, SocialSim, was launched to “focus specifically on information spread and evolution.”

The idea behind SocialSim was that “a simulation of the spread and evolution of online information, if accurate and at-scale, could enable a deeper and more quantitative understanding of adversaries’ use of the global information environment than is currently possible using existing approaches.”

Going back over a decade, DARPA launched the Social Media in Strategic Communication (SMISC) program in 2011 “to help identify misinformation or deception campaigns and counter them with truthful information” on social media.

Through its research programs, DARPA continues to develop powerful surveillance tools for modeling, measuring, and analyzing the spread of information.

Whereas the US Congress shall make no law abridging the freedom of speech, the current administration has been coordinating with social media companies in flagging problematic posts that spread alleged disinformation.

DARPA’s MIP is not meant to determine whether a piece of content is disinformation or not — that responsibility is beyond their scope — but DARPA is looking to trace the flow of disinformation after it has already been identified.

In the hands of tyrannical governments, DARPA’s disinformation modeling tools would aid any authoritarian censorship effort.

“The discovery of pathways and patterns will move our understanding of information operations from today’s current focus on individual users, messages, memes, or campaigns to a higher level, structural and temporal understanding of how these operations unfold” — DARPA, MIP

For MIP, DARPA is looking for submissions of innovative basic or applied research concepts in the technical domains of:

The following features are beyond the scope of MIP:

MIP will explore AI technologies for:

“Pathways,” according to the MIP announcement, “might be characterized as a series of edges between nodes in a graph where the nodes represent online or offline platforms or communities.

In gaining a deeper understanding on how, why, and where information flows, DARPA-funded research could be weaponized to spread disinformation, aid geopolitical influence campaigns, and censor dissent.