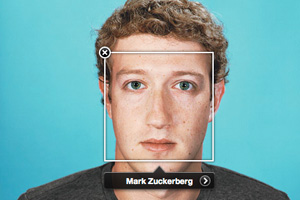 In a blog post earlier today Facebook have announced a new photo tags suggestions feature that uses face detection technology. Photo tags will be automatically suggested to uploads based on previous tagging data within your social graph.

Facebook is the most popular photo sharing service on the web with 2.5 billion photo uploads each month, and 100 million or more tags annotated to photos every day. With tag suggestions this figure is set to rise considerably.

Facebook already has a limited version of face detection is place, known as group tagging, where similar photos from one album are grouped and can be tagged all at once. With tag suggestions, Facebook actively suggests, from your list of friends, who the actually person in the photo is, making photo tagging easier and less cumbersome.

Regarding privacy, users will be able to opt out of face detection entirely, meaning their name won’t be available to auto-suggest to any photo, although friends can still tag you manually.

Ironically levels of privacy may actually be increased by allowing yourself to be auto-suggested in photo tags. Augmented photo tagging also increases the likelihood of users becoming more aware of the photos they are in. Therefore appropriate measures to remove unwanted photos can be taken.

“By making tagging easier than before, you’re more likely to know right away when friends post photos.”

The new face detection will roll out to US users in the next few week, and to everyone else on a gradual basis. Let us know your thoughts in the comments.

Sony are giving away free Playstation and PSP consoles in Dublin