Google Buzz lives – Are you creating Google Buzz posts from Gmail without knowing? 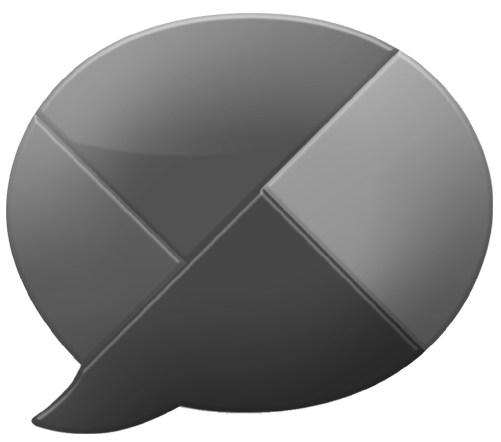 Without realising it Gmail Chat users may still be creating visible Google Buzz posts even though the social network was shut down nearly a month ago. 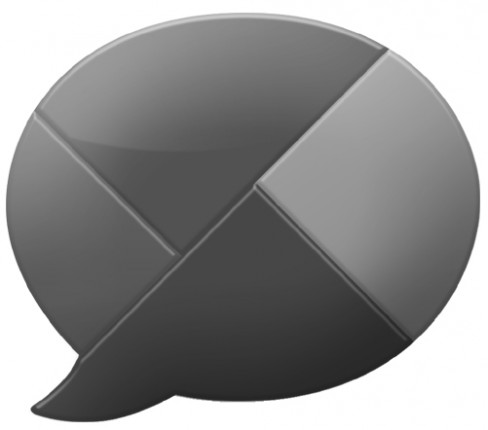 Google officially closed Google Buzz on December 15 and after this date users were not meant to be able to create new messages through the Buzz interface.  But Google Buzz is still creating posts each time a user changes their Gmail Chat status (Buzz doesn’t show individual IMs, just the status that appears under their name on Gmail contacts – See images below).  These Buzz posts are also being published to RSS feeds, meaning if someone subscribed to your Buzz profile’s RSS feed they might also see your Chat status.

Google Buzz posts published after the site was disabled 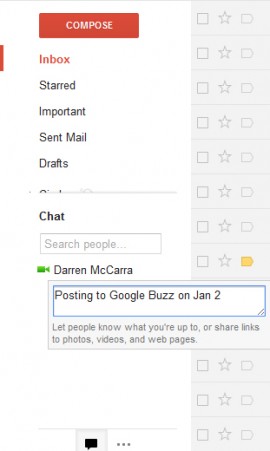 This site’s Buzz stream stopped working on November 10 but today we were able to post to the defunct social network and RSS feed using Gmail Chat.  The difficulty here is that users who update their Chat status may not realise that their changes are being sent further than they realised

On October 14 Google’s Vice President of Product, Bradley Horowitz wrote, “In a few weeks we’ll shut down Google Buzz and the Buzz API, and focus instead on Google+. While people obviously won’t be able to create new posts after that, they will be able to view their existing content on their Google Profile, and download it using Google Takeout.”

It appears that if your “Google chat status” Buzz posts were set to private they remain only visible to your Gmail contacts but if they were set to public they are still being published.  Users who had not set their “Google chat status” to publish to Buzz are not creating Google Buzz posts.  While Google has removed links to users’ Google Buzz profiles bookmarked links and RSS feeds still work.

Users’ profile addresses can also be found by replacing the UserIDNumber in this link (https://profiles.google.com/UserIDNumber/buzz) with the set of digits in their Google+ profile URL (e.g 115172695153639111688).  RSS feeds can be found using the same system http://buzz.googleapis.com/feeds/UserIDNumber/public/posted.

If you want to change this so no Gmail Chat status is published to your Google Buzz account you will need to sign into your Google Dashboard and under the Buzz heading click the “Google chat status.” Next click the “Edit” button and then the “Remove Site” link.

Wikipedia will survive for another year, reaches $20 million fundraising target