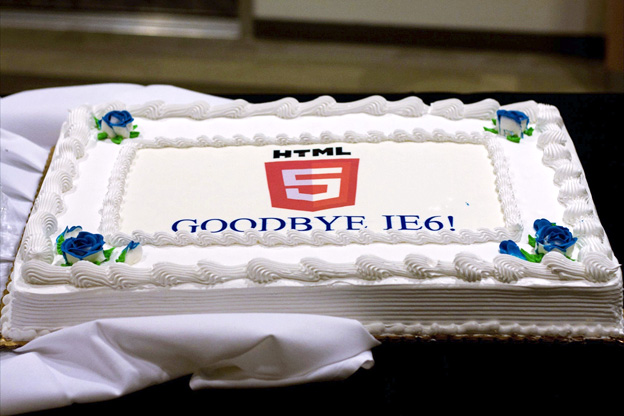 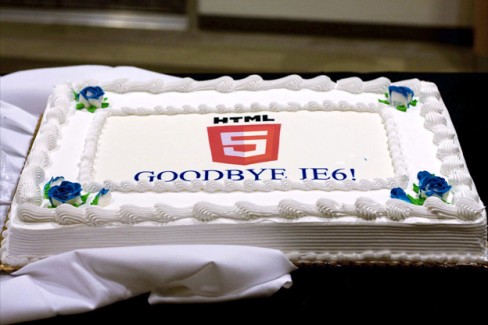 Microsoft is today celebrating the further demise of Internet Explorer 6 as it officially falls below 1% market share in the United States for the first time. The US now joins other leading nations Austria, Poland, Sweden, Denmark, Finland and Norway where support for the defunct browser had already dropped below this milestone.

Along with the United States, additional countries Czech Republic, Portugal, Philippines, Ukraine and Mexico also enter what Microsoft call the Champions’ Circle and which is showcased on Microsoft’s IE6 Countdown micro-site.

Microsoft first launched IE6 Countdown in March of last year to help accelerate the death of the “outdated browser”. IE6 has been a thorn in the side of many developers, including Microsoft, who were previously forced to spend hours coding quirks and workarounds for the non-compliant browser. Now, with support falling below 1% in many countries, coding for IE6 is less of a consideration.

Microsoft are openly encouraging IE6, and indeed IE7, users to update their browsers to IE8 or IE9. If recent revelations are anything to go by, it seems that IE7, another non-compliant creation of Microsoft, will follow a similar fate as that experienced by IE6 sooner than expected, as support for both ailing browsers is lacking in Facebook’s recent Timeline innovation.

According to StatCounter GlobalStats, IE6 had already fallen below 1% market share in the US in September of last year and currently stands at 0.85%.

IE6’s drop in popularity may be celebrated by Microsoft but it also mirrors Internet Explorer’s overall drop in share across all versions. In 2011, Internet Explorer’s share dropped some 7.5% worldwide, while Google Chrome and Safari were the only ones to witness usage increases, 11.6% and 1% respectively.

At this rate we’re still good on our predictions that Google Chrome will become the world’s dominant browser by June 2012.