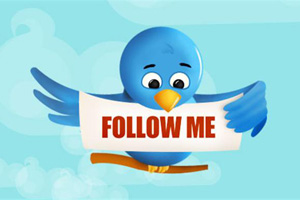 Twitter has just passed the 300 million registered users mark according to Twopcharts, a service that analyses interesting and influential Twitter users in various locations and varying languages. Twitter passed the milestone at the start of this week on May 16th, and is currently witnessing 6.3 new account registrations every second.

These figures, however, differ greatly from Twitter’s own official statistics. Twitter reports that their service currently only has 200 million ‘plus’ users and are adding new registrations at a rate of 5.3 users per second, or 460,000 each day. 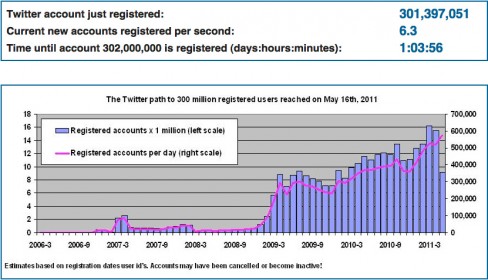 The differences may be a result of accounts that have been registered but have not been activated by email verification. Twopcharts estimates that only 80% of accounts registered are activated afterwards, possibly resulting in a more accurate figure of 240 million Twitter users.

Out of these activated or ‘live’ accounts, it’s fair to say that only a certain percentage of these are frequently used. The Wall reported in the last few months that there are only an estimated 14 million daily active twitter users, although there may be as many as 40 million users tweeting every month.

Google social search – what it is and how it works