HomeSocial MediaHere’s what not to do: Four great examples of social media fails
Social Media

Here’s what not to do: Four great examples of social media fails 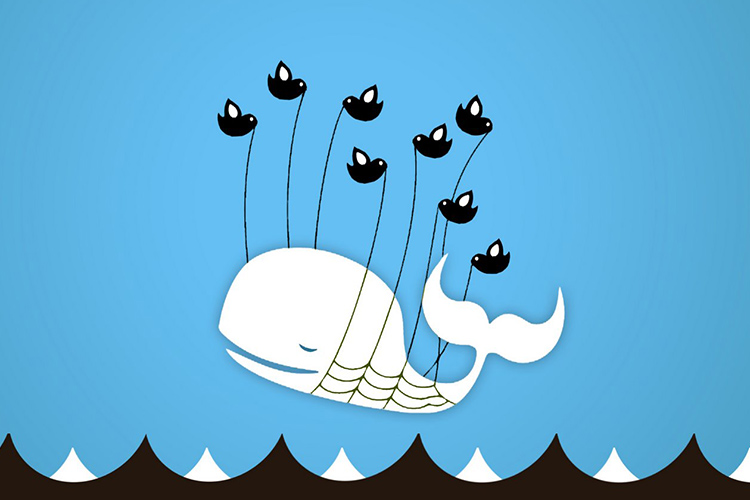 With great power comes great responsibility. Somebody famous once said that. It possibly may have been Spider-Man. Regardless, the message is true. Having a certain amount of power means that you need to keep a close rein on how it’s used.

Social media has become that kind of power over the last few years. With almost a third of the world’s population connected to the internet, it’s crucial that brands maintain a strict level of responsibility when communicating. As a warning, here are four examples of when a company has failed utterly:

Recently, the UK supermarket chain suffered a media frenzy when reports came in that its beef burgers contained traces of horse meat. 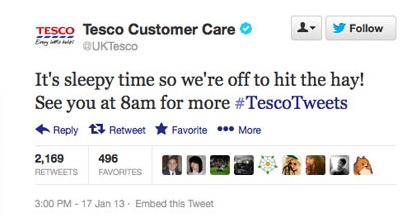 Of course, this being negative publicity, damage control via social media would have been recommended. Instead, a premeditated Twitter message was released.

This led to the brand being condemned for showing poor taste. Tesco quickly apologised, saying that the tweet was scheduled before the story became public.

Speaking of burgers, McDonalds allowed people to have their tweets appear at the top of related search results. However, there was clearly no quality control mechanism in place as most people took to insulting the brand and talked about their own negative experiences with the fast food restaurant chain.

The UK travel company missed a trick a few years ago when a man named Thomas Cook commented on their Facebook page. In a light hearted fashion, he mentioned that he has suffered ridicule for years having the same name as the holiday firm and that a free weekend to Paris might alleviate the embarrassment suffered.

He was quickly and coldly rebuffed. This is where lowcostholidays.com stepped in. Their company gained some valuable PR and Thomas Cook was left looking silly, appearing ignorant to how social media works. 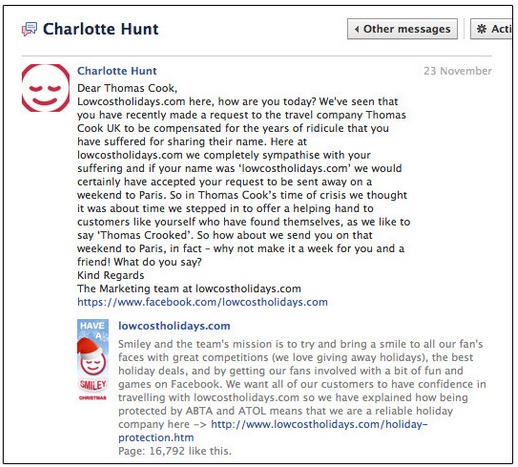 One of the main aspects of running a social media campaign is to keep on track with current news. This makes engagement much more relevant and interesting. Celeb Boutique clearly weren’t watching the news when the story of the Aurora massacre in the US broke.

The engagement they were hoping for didn’t quite pan out and was, frankly, totally distasteful.

This post was written by Susie Francis a writer for HANDD, the File Transfer specialists.

Susie works in the technology industry, is an aspiring freelance blogger and writes on behalf of Handd, file transfer security specialists.
view all posts