How Iceland crowdsourced the creation of its new constitution 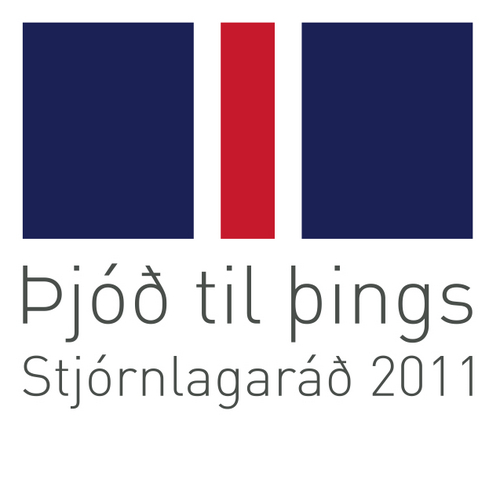 Usually when a government talks about starting “a national debate” surprisingly little actually gets debated, but they do things a little different in Iceland.  When the country began the process of drafting a new constitution they turned to the public and crowdcourced its creation .

On Friday, the proposed draft of the new Icelandic Constitution was submitted by the 25 member Constitutional Council of Icelandic citizens.  The Council was given less than four months to create a draft of the constitution before it was to be presented to the Icelandic Parliament, Alþingi.

To do this the Council began in April and turned to the web and social media to allow ordinary Icelandic citizens to participate in the drafting of the constitution.  Using Twitter (@Stjornlagarad), Facebook, Flickr, and YouTube, the group asked for opinions and suggestions about what should be included in the document and how they would like their country run.

In total, over 16,000 user-submitted comments and proposals were sent to the Council through their website.  Perhaps not surprising, considering much of this happened online, unfettered access to the internet and net neutrality were some of the most common suggestions made during the process.

The new constitution went through 16 revisions, all of which were posted online for Icelanders to read and comment on. These drafts cover topics from Human Rights, Parliamentary Elections, Foreign Policy, and the role of the President.

Although it would be an over simplification to say that the drafting of the constitution was simply a social media affair; the Council’s website was used to foster discussions on topics ranging from animal rights to banking, and from quality of life to citizenship for foreigners.  In fact, in the three months the group had over 300 discussions topics were posted on their site.

Handing over the document yesterday, @Gommit, aka Finnur Magnusson the CTO of the Icelandic Constitutional Council, posted this image on Instagram as well as this panorama on Photosynth.

The move to create a new constitution for the country had been in discussion since Iceland gained independence from Denmark in 1944 but it was only after the economic collapse in 2008 that this crowdsourcing process was put in place.

Describing the process of interacting with Iceland’s population of 320,000 people as well as the wider internet audience Council member and professor of political science at Bifroest Unioversity Eirikur Bergmann said to the AFT news agency, “It is messy. It is completely messy. But take your average legislation in your average parliament in your average country. That’s messy as well.”

The next step for the draft constitution will happen on October 1 when a parliamentary committee will examine the document before it can become the official constitution of the country.