The impact of social media on modern protest movements and democracy 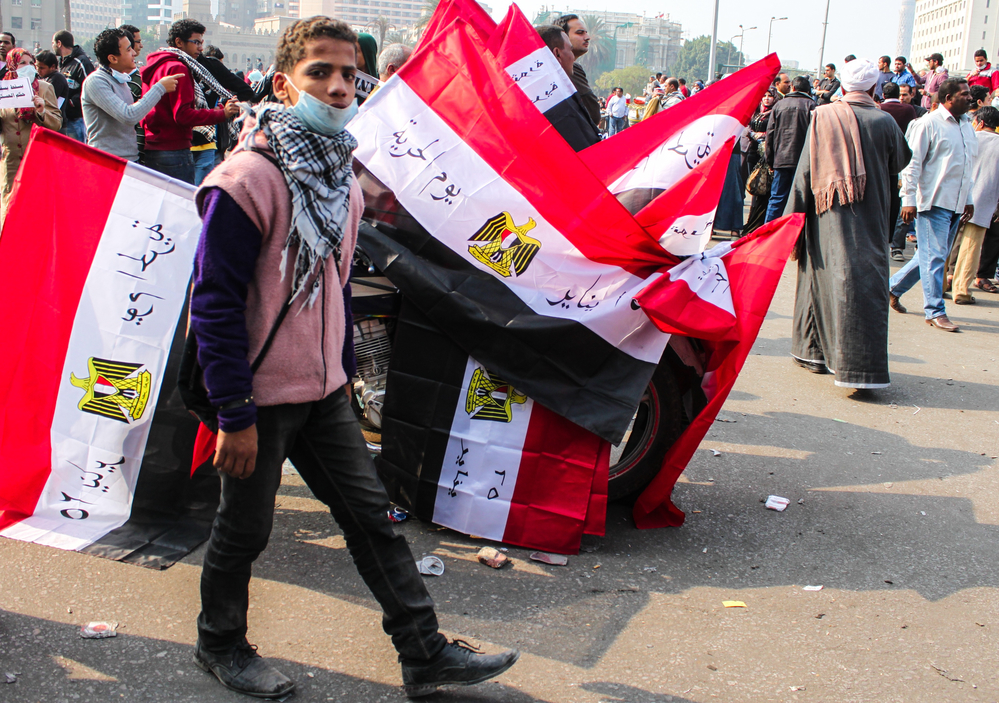 As people increasingly turn to platforms like Facebook to organize anti-government movements, it’s important people understand social media’s impact on protests and democracy, as well as how governments are attempting to manipulate these sites to suppress dissent.

On September 22, civil society group NetBlocks reported disruptions to Facebook Messenger and prominent news sites such as the BBC across Egypt. This happened during protests advocating for President al-Sisi’s resignation, which are still ongoing.

These protests were called for via social media, suggesting that authorities implemented the site blocking to disrupt protest organization.

These disruptions are a result of anti-government protests, instigated by actor and businessman Mohamad Ali, who is currently living in self-imposed exile from the country. In a series of YouTube videos, Mohamad called out the President’s corruption and told Egyptians to protest against his leadership.

Reclaim the Net identified that the social media disruption may be an attempt by authorities to “keep the unrest under control,” as the protests are “social media-fueled.”

Authorities have also forbidden foreign journalists from using social media accounts as sources. In doing so, they have discredited all perspectives, posts and live-streamed footage shared via these platforms.

As well as this, all journalist sources must be backed up by “two other credible sources” that were present at the site of the original source. This makes it harder for journalists to gather usable information from protesters.

These new rulings, implemented on September 26, effectively de-legitimize the views of protesters who predominantly use social media as a platform to express their views.

By forbidding social media accounts to be used as a source, Egyptian authorities have also prioritized their own state media coverage.

The protests currently unfolding in Egypt demonstrate not just how social media can be used to instigate protests, but also how platforms can be de-legitimized and manipulated by authorities to suppress the viewpoints of protesters.

Social Media and Protests Around the World

The protests in Egypt are just one example of how social media can kindle opposition movements. Many countries and governments around the world have taken advantage of the increased communication and organizational capabilities offered by these platforms.

In June, authorities in Sudan implemented a complete internet shutdown as a reaction to protests across the country which were organized via social media. The protesters were calling for the ruling military council to hand over power to civilians.

As a result of the shutdown, citizens were unable to communicate online with loved ones, and protesters had to resort to word-of-mouth tactics. This limited their reach and the speed in which they could effectively organize.

Social media makes it easy to organize protest movements, as anyone with access can set up an event through Facebook’s ‘event’ function or via a group messaging service.

Access to social media is therefore important in supporting modern day democracy. Any move by authorities to restrict access to, censor or block social media sites should be recognized as an infringement on freedom of speech and our right to information.

As well as providing a platform for people to communicate and organize protests, social media enables users to live stream and share media about a protest as it’s happening.

As Dutch research Thomas Poell identifies in his essay on protest movements, live social media reporting reduces the “‘information asymmetry’ between protesters and police.” It provides both parties with clear evidence of an event, and allows international audiences to see first-hand footage that would otherwise be inaccessible to them.

Videos and images of protests can also be shared online, from country to country, inciting international support and commentary.

Importantly, live streaming via social media can hold authorities accountable for unnecessary use of force or violence caught on camera.

Recent examples of this are videos shared during the Hong Kong protests, which showed authorities using excessive force on protesters. Videos circulated via Facebook and led to global media coverage that condemned their actions.

Social media is therefore not just a tool for communication and protest organisation, but a platform that can be used to document events and hold authorities accountable for their actions.

As authorities have witnessed social media give a platform to protesters, the former are increasingly deploying tactics against these sites to suppress dissent.

The use of internet disruption and de-legitimization of social media accounts by Egyptian authorities is just one example of this.

Social media blocks have been implemented elsewhere during times of protest, such as in Zimbabwe. In January, protests against a 150% increase in fuel prices led to Facebook, WhatsApp, Twitter, and Youtube being blocked in the country.

VPNs allow users to circumvent censorship by encrypting and rerouting a user’s data through a foreign server. This makes their data unreadable to anyone spying on their network, and allows them to get around site blocks in their country.

Blocking or severely limiting access to social media during protests can disrupt the ability of protesters to organize and help authorities to maintain order.

Meanwhile, banning the use of social media permanently is one way of ensuring that a country’s citizens have limited knowledge of how other people live elsewhere in the world. This makes them less likely to protest, as they cannot see what rights or opportunities they are lacking.

Even when authorities allow access to social media, platforms can still be manipulated through censorship and government removal requests.

While social media live streaming can be used to hold authorities accountable for their actions, it can also be used to jail and imprison citizens for comments or conversations they’ve had online which are seen as a threat to national security.

For example, the poet Dareen Tatour was given prison time for posting a poem to YouTube that Israeli authorities claimed was “inciting terrorism.”

By banning and interrupting social media access, censoring content, and imprisoning individuals for statements made online, authorities can attempt to override the freedoms provided by these platforms and silence oppositional voices.

This disruption to social media access goes against democracy as it infringes on freedom of speech and access to information, deliberately preventing legitimate government criticism.

As the protests in Egypt continue to demonstrate, social media plays an important role in assisting democracy.

By providing a platform for the underrepresented, it can give a voice to those who would otherwise be silenced. It enables political groups and protesters to easily organize events and share information, and it facilitates the sharing of global perspectives.

However, protesters now need to recognize the ways that authorities can manipulate or prevent access to these platforms.

These cautionary measures could include downloading a VPN to get around local site blocks, or using messaging apps that operate via Bluetooth and are therefore unaffected by internet shutdowns.

Ultimately, international communities must hold authorities accountable for attempting to silence and censor citizens that criticize their rule.

Freedom of speech and the right to protest are key elements of democracy and must be protected in order to foster an equal and fair society.

‘Facebook’s Libra is a huge endorsement of the sustainability, capacity of blockchain’

Sleeping with technology on the Brains Byte Back podcast