Is virtual reality the future of social networking? 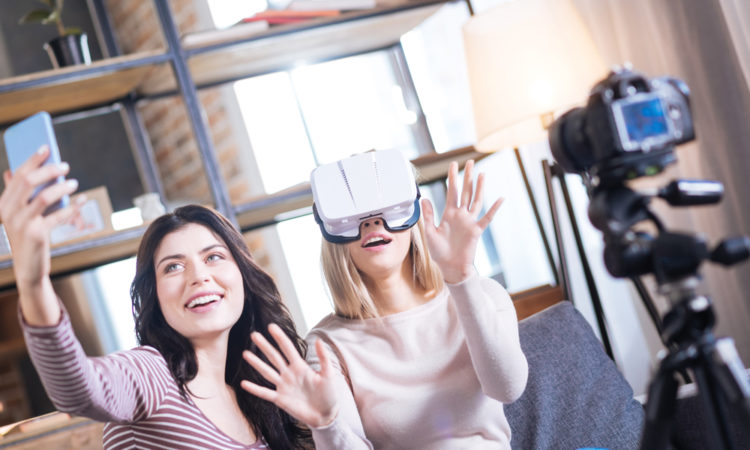 The VR industry is experiencing unprecedented growth, reaching over $27 billion in 2018. Market analysts predict the worldwide VR market is set to reach over US$200 billion by 2022.

Lead by Generation Z and Millennials, 77% of VR headset owners said they are interested in engaging with others in VR, according to Greenlight Insights. Playing games, watching videos, and video communication ranked highest as social VR activities of interest. And yet, numerous challenges are holding back VR adoption.

For one, VR is still an overwhelming isolating technology (many people prefer to spend their VR time on solo activities), the hardware is still expensive, and for most people, meeting up with others to interact virtually at a specific time and day requires too much effort.

However, as the cost of VR gear continues to decrease and more flexible and exciting use cases emerge, there is a great deal of speculation about how it will revolutionize social networking. Here’s a look at where social networking in virtual worlds began and where it’s headed.

Many people would say virtual social networking debuted in 2003 with the launch of Second Life, an online virtual world that allows players to create or choose their avatar and socially interact with others. Second Life relies almost exclusively on user-generated content, with “residents” of Second Life catering the experience to their liking in every way. This allows the users to develop a personal connection to their avatar, the people they meet, and the virtual space itself.

Around the same time, social networks such as Friendster, Myspace, and Facebook were gaining traction and developing social communities similar to those that still exist today.

The introduction of virtual reality has the potential to revolutionize social networking as we know it entirely. Virtual reality places the user physically in the shoes of their avatar, allowing for never before seen immersion. What’s more, socializing with someone in VR is going to fundamentally change what it means to interact with someone online.

Today, we see our online friends as statistic photos or icons on a page with communication taking place via messaging or video. But with VR, custom made virtual worlds, the ability to relay precise body movements, and enhanced voice rather than text communication will change online interactions forever, sparking a new era of virtual social networking.

Where VR social networking is today

Most consumers who purchased a VR headset in 2016 complained about a lack of support for the hardware. There simply weren’t enough companies and developers at the time creating software that was worthwhile to download or purchase.

This all changed when the massively popular and free video game VRChat launched in 2017. The game almost instantly exploded in popularity and prompted other developers to take note. Within the game, users are able to create or choose avatars and converse with others freely with or without a VR headset.

Other virtual social networking spaces such as AltSpaceVR and Facebook Spaces took on trial runs of their own. However, a common complaint within these spaces is there’s simply not much to do. In fact, Facebook’s Rachel Franklin admitted that their developers are receiving feedback stating users “don’t know what to do next.” Rachel went on to say developers are trying to do as much as they can to accommodate players.

This lack of substance in VR social spaces means many consumers are left feeling confused or disappointed by the experience. There is still much work to be done in terms of creating enough engaging content that these virtual spaces can keep users coming back and staying in them longer. One trend that may find more traction in the coming years is niche social VR experiences.

As niche online communities and interest-based social networks become increasingly popular, many social media users may find similar spaces in VR more intriguing than broader experiences, such as Facebook Spaces, where the user is responsible for coming up with activities to do.

For instance, board game lovers separated by hundreds of miles can enjoy a game night using their VR headsets by downloading applications such as Tabletop Simulator. The game allows users to engage in tabletop board and card games, as well as pen-and-paper roleplaying games like Dungeons and Dragons, with other users from all over the world.

BigscreenVR is another interesting application that allows movie lovers to watch movies together as if they were in a traditional movie theater. The experience provides users with a way to interact in small social settings like sitting around a cozy campfire or a comfortable living room setting.

What’s next for VR social networking

In the next few years, we may see VR social networking platforms skyrocket in popularity much like Second Life, Myspace, and Facebook did in the early 2000s. These legacy social networks thrived off refining and incorporating feedback from their communities to provide users with unique spaces to make and maintain meaningful connections.

Albizu Garcia is the Co-Founder and CEO of Gain -- a marketing technology company that automates the social media and content publishing workflow for agencies and social media managers, their clients and anyone working in teams.
view all posts