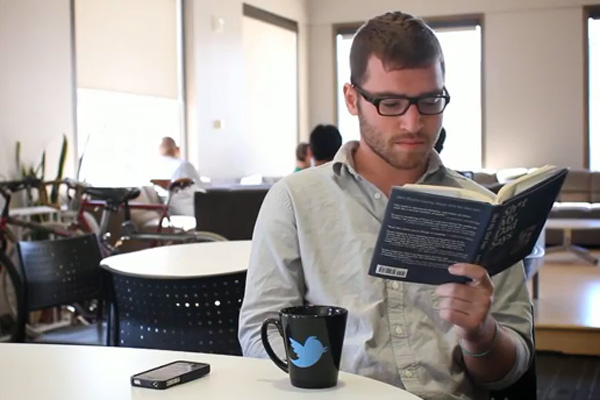 Twitter has released a short promotional video [0:47] claiming that it’s “faster than earthquakes”. While the video is meant to be understood as a light-hearted quip, the claims made in it are generally true and do validate Twitter’s potential role as an early warning system.

The video refers to real-life events that happened earlier this week in the Untied States. A magnitude 5.8 earthquake hit Virginia on Tuesday, where it took approximately 30 seconds for tremors to be felt in New York City. In the time it took the earthquake to reach New York City, the man in the video is promptly warned via a tweet of the approaching tremors and has just enough time to lift his mug from the table before the quake strikes. Crisis averted thanks to a single tweet!