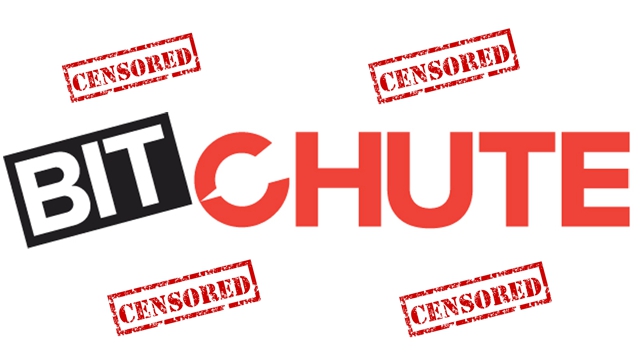 Users on Twitter today are finding it difficult to share and open links pointing to video platform BitChute, as they are being flagged as potentially harmful and unsafe.

I tried a couple links, they did not work

On Friday morning I saw that popular news commentator Tim Pool had tweeted that Twitter was blocking him from sharing BitChute videos, so I decided to test it for myself, and the same thing happened to me — I couldn’t share one of Pool’s BitChute videos on Twitter.

Instead, I received the following messages: 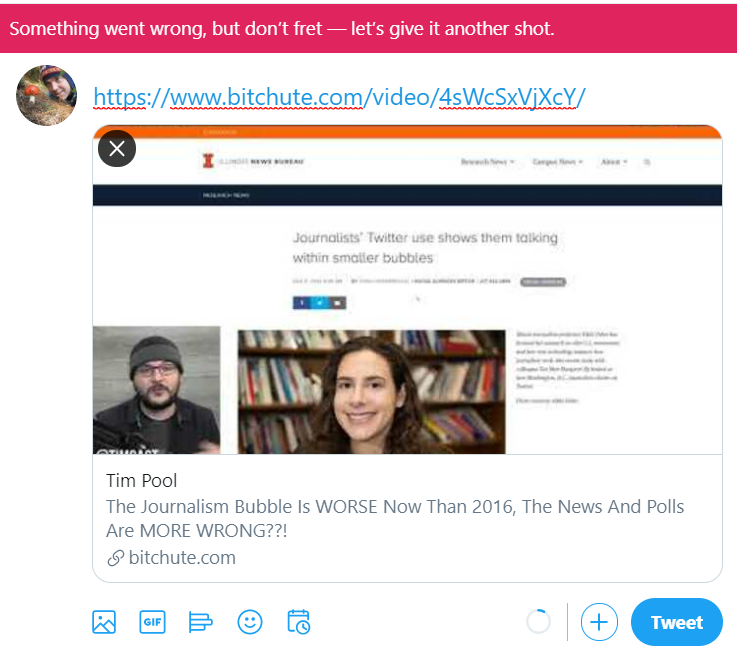 And this notice appeared at the bottom of the screen:

To verify whether or not the issue was with the content in the video itself, or whether it was simply because it was hosted on BitChute, I decided to share the exact same video that Pool had uploaded to his YouTube channel, and voila! I was able to share it without a problem.

The Journalism Bubble Is WORSE Now Than 2016 https://t.co/S2TWTps2Xw via @YouTube

As of the time of this publication, it appears that Twitter is censoring links to BitChute, regardless of the actual content of the videos that users are attempting to share.

Looking into this further, I found that while many users are having difficulties just posting videos from BitChute, the links that haven’t been blocked are being redirected to a page with this warning: 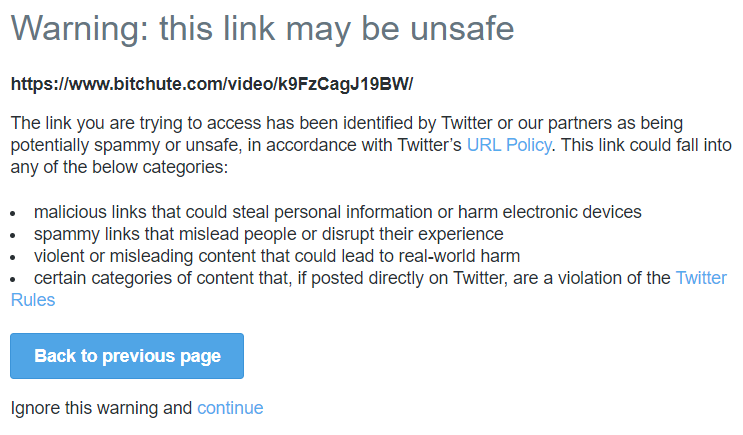 I can’t confirm that Twitter is censoring every post to BitChute, but every link that I’ve tried opening has redirected me to the warning page above.

BitChute is video platform similar in format to YouTube, and many content producers use it as a backup channel in case their videos get censored on YouTube.

If you have tried sharing BitChute videos on Twitter today, let us know in the comments how it went.