Evidence of shadowbanning and how social networks derank content 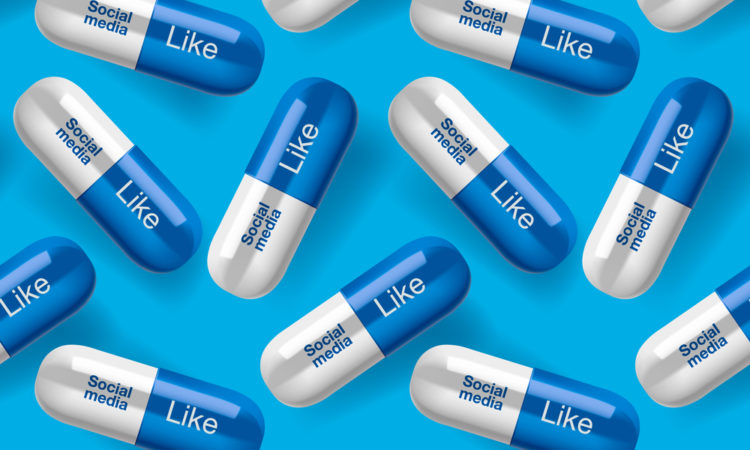 Shadowbanning is not uniformly defined, but here we show you the symptoms of this cyber affliction, so you can make your own diagnosis.

Are you noticing a decrease in engagement? Do you feel your subscribers aren’t receiving your posts? Have you seen a drop in hits without any apparent reason?

You may be suffering from the effects of shadowbanning. Symptoms include ego deflation, frustration, and a constant need to question, “What am I doing wrong?”

Shadowbanning, in essence, is when you post content on social media, but the content doesn’t show up in your followers’ feeds. Your followers may be able to go directly to your profile to find the content, but it is harder to find, and you are not told that this is going on.

“Shadowbanning is real…@Project_Veritas, this guy James O’Keefe that’s done this undercover investigation and had people talk to Twitter people…the people that work there when they’re at a bar…explaining how you shadowban…how you stop conservative voices” – @joerogan pic.twitter.com/UaAcubPj7O

Each social media publisher has its own definition of this cyber affliction, which also goes by “ghost banning,” “demoting,” and “deranking,” so here I’ll walk you through them to let you decide if they are truly shadowbanning or not.

If you think you are being shadowbanned, it may often be the case that you have violated some term of service, but anecdotal evidence suggests that there may be more to it.

I have yet to find an official statement from Facebook that mentions the word “shadowban” or its derivatives, but Facebook does demote content it deems is “fake news.”

“Rather than blocking content for being untrue, we demote posts in the News Feed when rated false by fact-checkers and also point people to accurate articles on the same subject,” Facebook VP of Policy Richard Allan wrote on the company blog.

Is this shadowbanning? Does the user know that their posts will be demoted?

If you want further evidence that Facebook is interested in shadowbanning, the social media publisher owns the patent on this tactic.

Gizmodo broke the story in July that Facebook was granted a patent on shadowbanning tactics.

“Embodiments provided herein permit page moderators to ban certain content from being displayed on a page.

In short Facebook says that it demotes content that it deems fake, and it was granted a patent for technology that shadowbans trolls, bullies, and spammers in theory.

“You are always able to see the tweets from accounts you follow (although you may have to do more work to find them, like go directly to their profile). And we certainly don’t shadow ban based on political viewpoints or ideology,” reads a Twitter blog post from 2018 (emphasis mine).

However, in Twitter’s defense it defines shadowbanning as:

“Deliberately making someone’s content undiscoverable to everyone except the person who posted it, unbeknownst to the original poster.”

There even exists a so-called Twitter Shadowban Test to see if you’re account has been shadowbanned in some way. I can’t speak to the accuracy of this online portal, but if you’re a developer, the source code is public on Github.

Instagram recently rolled out a “Restrict” function, which lets users shadowban comments by trolls. Instagram never mentions “shadowbanning” anywhere in the announcement, but I’ll let you decide if the Restrict function describes shadowbanning:

“Once Restrict is enabled, comments on your posts from a person you have restricted will only be visible to that person.”

The idea behind this function is to prevent online harassment from bullies, trolls, and spammers.

This lets you police your own profile, and it is an opt-in, rather than a sweeping action done on the part of Instagram.

Advertisers don’t have a voice when it comes to anything #BitTube related but if you’re still on #Youtube this guest story from @ScottCBusiness will show you what words will get you #demonetized!

YouTube, which is owned by Google, is pushing the four Rs of Remove, Raise, Reward, and Reduce on its social network.

For the purpose of this article, let’s take a look at Reduce.

I interpret this to mean that you can publish a video that doesn’t violate any policies, but your video can still be deranked simply because the content “brushes up” against YouTube’s policies.

If rules aren’t broken, why the suppression, YouTube? What does “brushes up” actually mean?

Does reducing recommendations of content suggest shadowbanning? I think it depends on whether the user is notified or not of the suppression, but again, I’ll let you decide. At any rate, the content is more difficult to find.

A Project to Expose the Existence of Shadowbanning

Want to know how #shadowbanning works and how I’m going to track it in 2020? I was just on @GlennBeck‘s show talking about it. Check out the video at: https://t.co/t7usGZbWuB (13 min.)

Dr. Robert Epstein, former editor in chief of Psychology Today, recently called-in to the Glenn Beck show (see tweet above) to explain he’s working on a project to root out once and for all, quantifiable evidence that shadowbanning is taking place.

“We’re going to preserve tweets that will document — that will show without any doubt — that will quantify what at Twitter is called ‘shadowbanning,'” Dr. Epstein told Beck.

“If Twitter personnel believe that you’re violating any of their terms of service, they can either downrank you (and they admit this by the way) so people can’t see because you’re not high on any lists, or [they] actually shadowban, which means you put out a tweet to your two million followers, but your two million followers aren’t getting the tweet, period, or just a small portion of them are getting, but we now have a way of actually documenting this, recording it, quantifying it, so we’re going to have rock solid evidence in 2020.

“If Twitter is doing this, we are going to document it, prove it, and we’re going to release our findings to the media and to the federal election commission and to various authorities,” he added.

What Have We Learned?

There seem to be two basic elements of shadowbanning:

More evidence is emerging to show that social media networks are indeed publishers that can censor whatever they want, and not platforms, which are subject to different laws on the matter.

My intention with this article was to show how different social media companies tip-toe around the concept and its many variations. Hell, nobody can even agree if it should be one word or two words: shadowban vs shadow ban.

I think that many people who claim to be so-called victims of shadowbanning have in fact violated some type of policy, by accident or design, but I can’t ignore anecdotal evidence of shadowbanning due to bias on the part of social media companies.

I’ve given you the symptoms, but I’ll let you make the diagnosis.