HomeTechnologyTruth held to a vote: ‘Alexa Answers’ from users without requiring citations
Technology 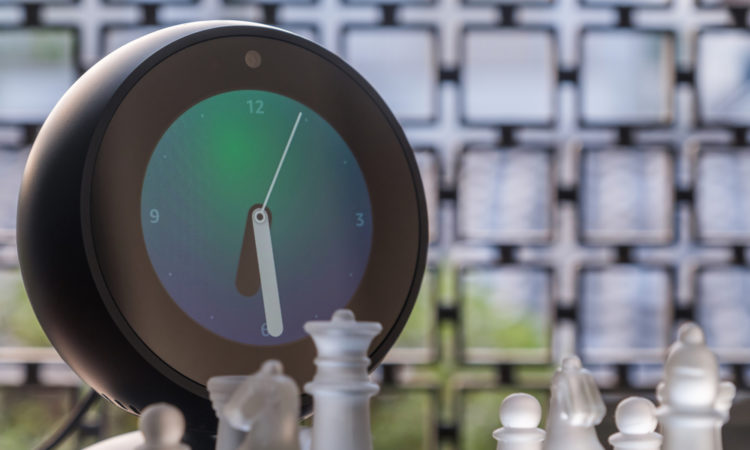 Amazon has now publicly launched Alexa Answers in which it is crowdsourcing the truth from its users to share with other Alexa users without requiring citations.

When enough people agree that something is true, it must be true right? The earth is the center of the solar system, the world is flat, and Iraq had WMDs.

In lieu of mentioning it will pay its customers for contributing to Alexa’s database, Amazon is gamifying the experience for those that contribute answers via a web portal.

If you work hard and give Alexa as much of your knowledge as you can, you earn points and unlock achievements.

What those are, I haven’t a clue. Points and achievements for discounts on buying more stuff on Amazon?

Where does #Alexa get its answers? Starting now, #Amazon is using #crowdsourcing to provide its answers, meaning it’s getting YOU, for NO PAY, to do the work. Sign up at https://t.co/hIQnwwmm4M. #Amazon is famous for underpaying workers, but this is nuts. https://t.co/SNuQ3mFvnI

Amazon’s vice president of Alexa Information Bill Barton told Fast Company on Thursday, “we’re able to see our engagement go up as we add these fun, entertaining, and even game-like experiences for contributors.”

Using an upvote, downvote system, along with automated filters and human editors, it appears that Amazon is trying to democratize truth by crowdsourcing it.

“Barton says people just haven’t been asking for citations so far, but he believes a mass of voting across lots of users is a good enough signal for accuracy anyway” – Fast Company

But wait a second! Will Alexa users be able to verify responses from other users?

No. Sources will not be required for citation. Truth will be determined by a vote, coming from anyone, anywhere, as long as they are an Amazon customer.

How can you discern objective, factual information when citations aren’t required and you rely on the vote of somebody else for the truth?

According to Fast Company, “Alexa Answers participants can’t easily check where information is coming from before upvoting it,” and “Barton says people just haven’t been asking for citations so far, but he believes a mass of voting across lots of users is a good enough signal for accuracy anyway.”

When the truth is crowdsourced and democratized, you run the risk of a mob mentality. Just because an idea is unpopular doesn’t mean it is isn’t true.

I can see the value in a crowdsourced database, but even now Wikipedia Co-Founder Larry Sanger says that Wikipedia is a broken system.

He told 150sec that in the beginning a major hurdle “was to figure out how to rein in the bad actors so that they did not ruin the project for everyone else.”

“Unfortunately, we never did come up with a good solution for that one,” he said, adding, “Wikipedia is a broken system as a result.”

Wikipedia has tried to “rein in the bad actors” for over 18 years, but Amazon believes it can do so with a vote, an algorithm, and human editors.

Voice Assistants Were Developed at DARPA

I have to admit I don’t trust home and voice assistants at all. I believe they are always listening and collecting data from us, and I think that may be a main reason why they were developed.

Why do I believe this? Because the CIA and MI5 have a user guide on how to hack Samsung smart TVs, and they specifically designed a “fake off” switch to continue listening to your conversations even when you think the device is off. You can find the MI5 user guide here.

In March US Senators railed Google CEO Sundar Pichai for not disclosing that Google Nest did indeed have a microphone as the presence of a microphone was never included in the product’s specs!

And the very technology that went into building the first voice assistants were developed by military and intelligence research from DARPA under the Personal Assistant that Learns (PAL) project.

The Defense Advanced Research Projects Agency (DARPA) worked with military users to refine PAL prototypes for operational use, and with the defense acquisition community to transition PAL technologies into military systems.

What I see of home and voice assistants is a massive surveillance system from big tech companies that want a listening device in every room, penetrating our most intimate spaces while asking us to keep feeding the machine, all in the name of convenience and safety, and without paying us a penny.