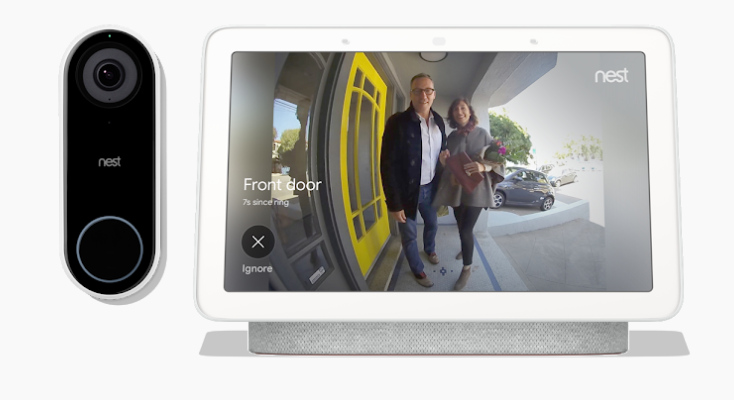 Technology is not evil, nor is it good. It is simply a tool. Facebook Portal is a tool, and now Google Home Hub is the latest tool to come from the company that just admitted to hiding a major bug in its system that potentially exposed personal data of some 500,000 users.

Google Home Hub is a smarthome device that connects with just about every digital device than an upscale, modern homeowner can afford.

As a tool, it is compatible with over 5,000 other tools, making it the grandmaster of tools, coming out just one day after Facebook’s Portal smarthome device was launched.

A major difference between the two is that Facebook’s Portal has a camera and Google Home Hub does not.

“We consciously decided to not include a camera on Google Home Hub, so you feel comfortable placing it in the private spaces of your home, like the bedroom,” – Diya Jolly, VP of Product Management at Google Home

Lights, thermostat, TVs, and radios can all be controlled from the device — even the lock to your front door — and while the Google Hub Home has no physical camera, it can connect to every camera in your home that it supports.

Perhaps a potential saving grace for privacy advocates is that the Google Home Hub has a physical mute button on the back, so users can be “sure” that they aren’t being recorded.

Intelligence agencies in the US and the UK; however, have developed “fake-off” switches on smarthome devices to record conversations when these device are supposedly turned off.

Google, too, is notorious for developing ways around options to block certain settings on its devices. The first sentence of an AP investigation blatantly says, “Google wants to know where you go so badly that it records your movements even when you explicitly tell it not to.”

Over 5,000 devices from over 400 brands can be connected to Google Home Hub, which means there are over 5,000 ways to bring in ad revenue for Google from at least 400 brands.

“The more Google knows about you and your interests, the more valuable its ads become to marketers who pay the company to target potential buyers based on their likes, dislikes, age, interests and even location. Alphabet, Google’s parent company, makes about 90 percent of its $100 billion in annual sales from advertising,” CNET reported today.

When it comes to concerns regarding personal data and privacy, users of Google’s tools can choose the lesser of evils between government surveillance, vulnerable bugs in the system that Google will cover-up if it is within its interests, or advertising companies that want to know everything about you in order to get you to open your wallet.

The story here isn’t really the potential data breach (which may affected hundreds of thousands) or that Google is shutting down Google+.

If this is true, then it means that Google would do anything to keep security breaches from its users, and it would do so to avoid a crackdown from the government.

However, Google and government agencies go back a long way, and Google’s DNA is intertwined with that of the NSA and the CIA.

Google and the Intelligence Community

According to Quartz, the origins of Google is the result of the CIA and NSA in 1995 that funded research “by two graduate students who were making rapid advances in web-page ranking, as well as tracking (and making sense of) user queries: future Google cofounders Sergey Brin and Larry Page.”

The intelligence community found the future Google co-founders “appealing” as their research was “perfectly suited for the purposes of counter-terrorism and homeland security efforts.”

Just before the outbreak of the Iraq War, the CIA’s venture arm, In-Q-Tel, invested in a mapping company called Keyhole, Inc in 2001. Keyhole was then bought by Google in 2004, and its mapping technology that was designed for military use in Iraq became what we know now as Google Maps.

Years later in 2009, after reporting massive hacking attempts to Google’s servers coming from China, Google reached out to the NSA and made deal.

Almost four years ago, Google disclosed “that since 2009, national security letters have compelled the handover of customer records from as many as 1999 accounts every six months.”

And then in 2016, Pokemon GO swept the world, which was built by a company called Niantic Labs, whose founder is a man named John Hanke. Remember Keyhole? Hanke was the CEO of Keyhole, a company that was funded by the CIA’s In-Q-Tel. Google bought Keyhole in 2004.

In other words, Pokemon GO was founded on mapping technology created by a company that has the backing of both the CIA and the NSA. The technology was used by the US military in the Iraq war, and it later became integrated into Google Maps.