HomeBusinessSponsored Post: Why Brands of All Shapes and Sizes Are Opting For the Safer Bet of Native Advertising
BusinessSocial Media 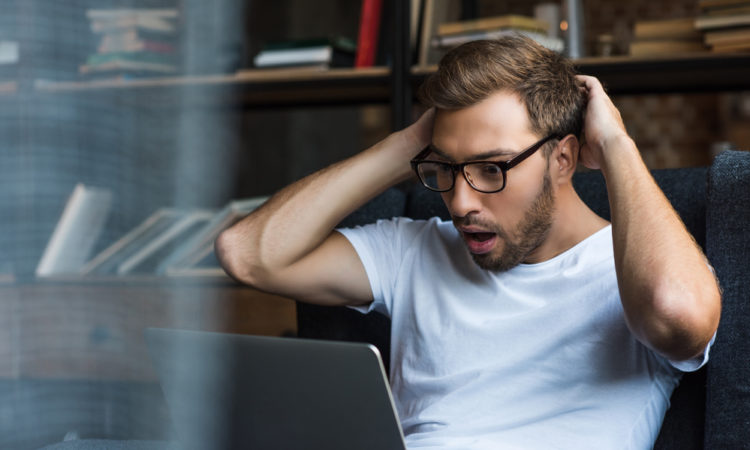 To reach the right audiences with the right messages in the extremely crowded modern advertising landscape, marketers are increasingly having to think outside the box and experiment with new forms of content, on an ever emerging range of new channels.

Due to changes to the algorithms of social media platforms like Facebook, which are deprioritizing posts from brands over posts from users personal networks, brands are having to try new ways to get their messages to their target consumers. Often this can mean simply trying to focus on less crowded platforms, such as Reddit. However, doing so can also pose risks.

Reddit boasts a user base of 330 million loyal readers and contributors, however traditionally the platform has been largely shunned by mainstream brand marketers due to a large number of controversial subreddits such as “/r/whitenationalism” and “/r/The_Donald/”, and a tendency for trollish comments on threads. In the same way, as ad placement beside unsavory content caused a brand exodus from Youtube, brands are hesitant to risk their adverts being placed beside any questionable content or opinions which could invoke a PR disaster.

However, sometimes risks do pay off. In a recent article in Morning Consult, Alex Groth, CEO of social startup Tab For a Cause admits that his brand was at first hesitant to allow public comments on their sponsored content on Reddit, in fear of rude or offensive responses. However, by allowing users to comment on their brand-promoted “Ask Me Anythings,” or AMAs, Reddit has become the company’s best advertising platform for user acquisition.

“We’re a fairly transparent company, so we’re really trying to put ourselves out there and directly engage in the negative comments with thoughts about what we’re doing,” Groth told the Morning Consult.

However, for many global brands and startups alike, the potential repercussions from any poorly placed, or badly planned advertising are simply too costly in terms of potential losses of revenue and reputation. As such, many brands are putting their resources behind forms of paid media coverage, which give them more control of the end result, and in particular native advertising; sponsored content which subtly promotes a brand in a form which mimics the rest of the content on a site.

According to the “ Content Promotion Manifesto,” brands spent just 6.7 percent of their content marketing budgets on sponsored content in 2013, but recent studies predict that the branded content market will continue growing at an average rate of 40 percent year-over-year until 2020.

Modern consumers are becoming frustrated with more ‘in your face’ forms of traditional advertising which negatively affect the browsing experience, such as pop up ads, auto-start videos, and social media adverts. In fact, a recent study highlights than 70 percent of consumers say they’d rather learn about products through content than traditional advertising.

The fact that 85 percent of internet users don’t feel that their browsing experience is hindered by native ads, has motivated the world’s most respected media brands, such as Forbes, The Wall Street Journal, Inc,  and The New York Times, to offer branded content packages, and seen an explosion in branded content marketplaces such as Pressboard and Polar.

However, the ability for brands to craft their own messages, and place them exactly where they want, naturally comes at a high cost. In the same way as placing a billboard in Times Square will cost a pretty penny, placing a handcrafted story which plugs your brand or product to millions of readers of esteemed publications like Forbes, will too.

Traditionally, this has limited the entrance of startups, and SMBs into the paid content arena, forcing them to focus their efforts on more traditional advertising paths, and posting content on their own ‘owned’ channels like their blogs, websites, and social platforms. This is something which the ESPACIO Media Incubator is trying to change, with its new native advertising service, Originals Plus, which offers affordable sponsored content on its portfolio of 30+ publications around the world from as little as $199 per month.

In an acknowledgment that most early-stage companies don’t have the budgets to invest thousands in paid media, the incubator is rolling out a new offer of a special 25% discount for any startups taking part in an accelerator program.

“Far too often, amazing early stage startups are going unnoticed because they don’t have tens of thousands to spend on marketing,” said Craig Corbett, Principal at ESPACIO, “We want to help startups with limited budgets to tell their own stories, and show readers the positive sides of their companies, their industries, and their ecosystems.”

As social channels become more cluttered, we are likely to see more brands choosing to pay for sponsored content to hyper-target specific consumer groups. While this was a tactic once available only for larger corporations, as new more affordable services and channels emerge, more startups and smaller companies will be able to share their stories through native advertising too.

The ability to choose the channels where their content will be published allows brands to effectively tailor their ads to their target audiences and increase click-through-rates with interesting, engaging, highly personalized content, with little to no risk of being placed alongside content, or opinions which could be detrimental to their brand’s reputation. After all, brands should be able to sit back and enjoy their increased visibility through marketing campaigns, not have to sit biting their fingernails in the fear that they are going to inadvertently paint themselves in a bad due to poor planning.