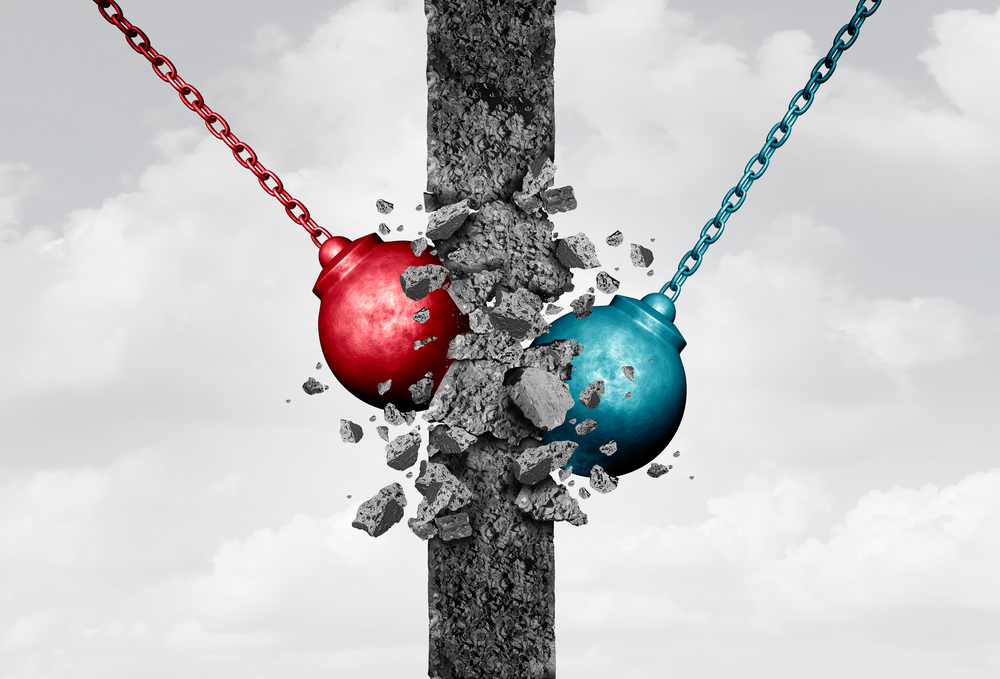 Both liberal and conservative politicians agree that big tech needs regulation, but the average American is split on whether or not to regulate big tech.

If you’re looking for an issue that politicians on both sides of the aisle can agree on, it’s that big tech has become too powerful, and that more government oversight is needed. (Be sure to check out the graphs on how much Google and Facebook contributed to political campaigns further down the article).

Both liberal and conservative politicians agree that there is evidence of antitrust practices in Silicon Valley, that Facebook should either rollback or sell off Instagram and WhatsApp, and that big tech companies in general need to have stricter regulations.

On the left liberal politicians like Senator Warren routinely call for the break up of big tech companies like Facebook and Google while on the right a whole host of conservative politicians are pushing for audits, regulation, and halting bias.

The average American citizen; however, is split on the whole issue of big tech regulation.

We’ve seen growing amounts of evidence that politicians on both sides of the aisle are in favor of regulating big tech, but what do average Americans think?

While average Americans are split on big tech regulation, their elected officials are plowing full speed ahead.

This month antitrust investigations were launched into Facebook first, followed by Google shortly after.

Last week Senator Josh Hawley met with Facebook CEO Mark Zuckerberg, who was in Washington DC speaking privately with politicians, including President Trump, to discuss issues such as internet regulation, breaking up big tech, and privacy.

Zuckerberg admitted that Facebook’s “handling of a fact-checking controversy involving pro-life group Live Action was biased,” and that bias was “an issue we’ve struggled with for a long time.”

Zuckerberg admitted there “clearly was bias” in the @LiveAction @LilaGraceRose censorship. Said bias is “an issue we’ve struggled with for a long time.”

Finally admitting that Facebook has a bias against conservative ideals three years after Gizmodo broke the story, Zuckerberg was reportedly “stunned” after Senator Josh Hawley had called for a “third-party audit of Facebook on alleged bias.”

Additionally, Zuckerberg said that the proposal to break up Facebook and sell off Instagram and WhatsApp to prove he was serious about protecting data privacy was “not a good idea.”

In a Fox News segment that aired on Friday Senator John Kennedy said that Facebook CEO Mark Zuckerberg was a very smart man who was also fluent in BS.

More and more confirmation on big tech bias against conservatives keeps coming in, but I personally believe that the pendulum swings both ways.

Although big tech has historically donated more to Democrats, I think it will donate to whichever party that best suits its interests at the time.

The graph below show’s Alphabet’s (Google’s) political campaign contributions, with the majority going to the Democratic party.

The graph below shows Facebook’s political campaign contributions, with the majority going to the Democratic party.

According to The Verge, “Over the last 12 years, Facebook has spent $7 million in campaign contributions. Historically, Facebook has donated slightly more to Democrats than Republicans, but overall, the platform’s political footprint is small in Washington, DC relative to its market cap, which is currently calculated at about $400 billion.”

I only addressed Facebook and Google in this article, but they are not the only big tech companies implicated.

Politicians on both sides are in favor of big tech regulation. The average American is split. I have my own theories on why this is, and it has to do with which information is consumed and from where, but I’d love to hear yours!

Deepfakes: when seeing is no longer believing on Brains Byte Back