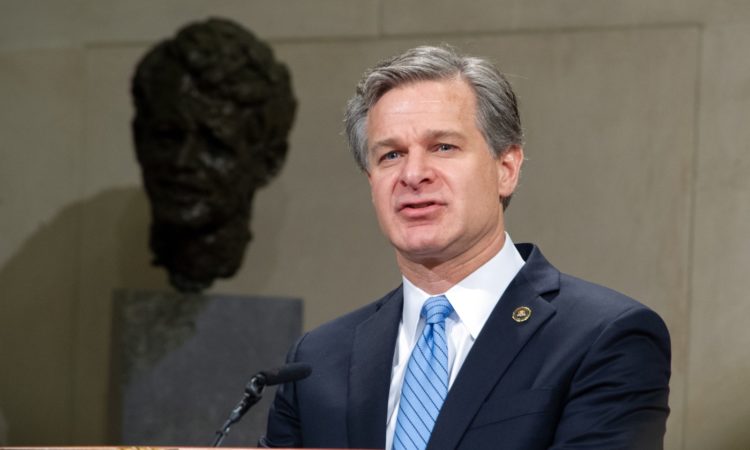 An incredibly sensitive subject — Facebook is looking to push a privacy first policy with end-to-end encryption, but the FBI worries it will be a child predator’s dream.

On October 4 FBI Director Christopher Wray gave us a sobering insight into how complicated the idea of privacy really is when dealing with child predators online.

Acknowledging that “Facebook is saving lives” by employing many people to help identify child sexual abuse imagery and alert the proper authorities, Wray said that “we risk falling off a cliff” if Facebook goes through with its privacy first policy.

“Most of the tips Facebook currently provides are based on content. With end-to-end encryption, those would dry up. Facebook itself would no longer be able to see the content of its users’ accounts,” the FBI director said.

“Facebook would transform from the main provider of child exploitation tips to a dream-come-true for predators and child pornographers.

“A platform that allows them to find and connect with kids, and like-minded criminals, with little fear of consequences. A lawless space created not by the American people, or their elected officials, but by the owners of one big company,” he added.

The right to privacy is essential to any republic, but with privacy comes secrecy, and with secrecy comes shady deeds done in the dark — a pendulum in constant swing between privacy and tyranny.

I’m not going to pretend to take any moral position on this issue. Crimes against children are most horrific.

But using exploited children as a pretext for the most sophisticated law enforcement agency in the world to gain access to the allegedly private data of 2.4 billion people on Facebook would be one step towards tyranny.

“The tyrant will always find a pretext for his tyranny” – Aesop

The FBI director added, “We also have no interest in any ‘back door,’ another straw man. We—the FBI, our state and local partners—we go through the front door. With a warrant, from a neutral judge, only after we’ve met the requirements of the Fourth Amendment.

“We’ve got to look at the concerns here more broadly, taking into account the American public’s interest in the security and safety of our society, and our way of life.”

I can understand director Wray’s frustration. There’s a serious problem with child predators, but the FBI wants cooperation from all tech companies in helping to eradicate this atrocity online, and once again we’re at the intersection of freedom and security — a constant struggle between the people and the government.

Bad apples ruin everything. Remedies for bad apples can be poisonous as well. The FBI has had its share of bad apples, too. Many at the top have been forcefully removed from office, and trust in the upper echelons of the agency has seriously dwindled in public opinion.

“We also have no interest in any ‘back door,’ another straw man. We—the FBI, our state and local partners—we go through the front door. With a warrant, from a neutral judge”

When Wray spoke of the FBI going through the front door with a warrant from neutral judge, I believe he was trying to do PR for the agency that has been implicated in secret FISA court abuses.

FBI Doesn’t Have All the Answers

“But this is not just about Facebook,” he said, adding, “we’ve got to make sure tech companies—all of them—aren’t taking steps that will place content beyond the reach of the courts. Or to blind themselves deliberately to what’s happening on their platforms, where so much child exploitation takes place.

“We’ve got to make sure that companies can’t keep creating unfettered spaces beyond the protection of law. Because there are kids out there we haven’t found, and dangerous criminals we haven’t caught, who are already moving on to their next victims.”

And to his credit the FBI director did leave the conversation open, asking industry experts for their solutions to the problem of child abuse online.

“So to those out there who are resisting the need for lawful access, I would ask: What’s your solution? How do you propose to ensure that the hardworking men and women of law enforcement, sworn to protect you and your families, actually maintain lawful access to the information they need to do their jobs?”

Good questions indeed. What about you, dear reader? What are your thoughts?