HomeSocial MediaTwitter to launch its own photo-sharing service
Social Media 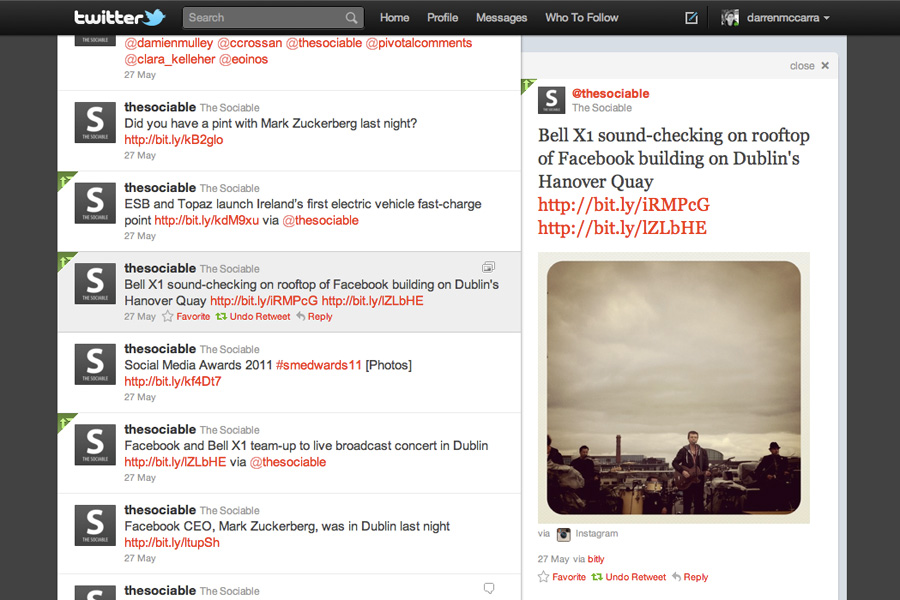 Twitter will launch its own photo-sharing service later this week if reports from All Things Digital are true. It’s understood that Twitter CEO Dick Costolo will announce the service at the D9 conference in Rancho Palos Verdes, California tomorrow.

Third-party photo-sharing services like Twitpic, yfrog and Instagram, all of which are extremely popular, allow Twitter users to easily embed images along with tweets. Including an indigenous photo-sharing feature may allow Twitter to better integrate images into their website and official mobile applications.

Twitter has owned the domain twimg.com for some time now, so it’s possible that this could be used as the photo-sharing URL shortener.

This report comes just a week after Twitter’s acquisition of third-party client TweetDeck for $40 million, and claims from TechCrunch last night that Twitter is close to acquiring keyword bidding platform AdGrok for a reported £10 million.