What to expect from the 2012 Social Media Awards 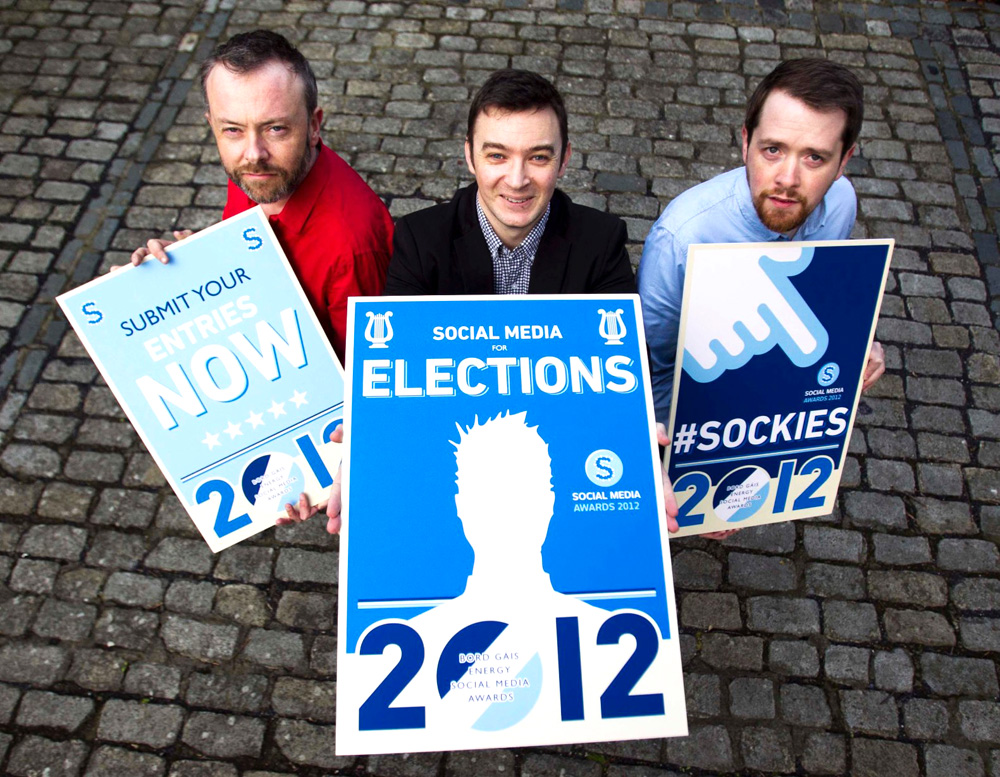 After last year’s successful inaugural event, the 2012 Social Media Awards are due to be held in Dublin’s Mansion House on May 17, recognising Irish businesses and organisations that approach social media with innovation.

The Bord Gáis Energy Social Media Awards, or the Sockies for short, are currently inviting nominations under 19 different categories, three of which are new to this year’s event. They are; Best Mobile Marketing Campaign, Best Business Twitter Campaign and Best Use of Social Media in an Election. Nominations are free and close this Friday, March 30.

We quizzed organiser Damien Mulley on the casual ceremony, why businesses should take part and what it takes to win an award.

Q. The edition of the category Social Media in an Election is an interesting one, especially since Twitter CEO Dick Costolo declared that social media, specifically Twitter, will ultimately decide who wins this year’s US presidential race.

A lot of people put in a huge amount of work during election campaigns and it’s not just the General Election and Presidential Election winners that should get lauded, but the teams behind them that put so much effort and time into social media too. It may also encourage further use of social media if we can highlight what can be achieved around elections.

Q. Also, the addition of the category Mobile Marketing Campaign. Businesses learned at Techovate 2012 earlier this week that mobile can no longer be ignored – 2012 being described as the tipping-point at which “mobile becomes vital for Irish companies”.

Indeed. We’ve been hearing for ages that “this is the year for mobile” – but this year really is. We saw three million new iPads bought last weekend alone. Traffic from mobile devices in Ireland is growing at a frenetic pace and only some companies are addressing this with mobile marketing campaigns. We thought that while this area is still new in Ireland, and elsewhere, it is worth recognising.

Q. Why should an organisation put their name forward for the Social Media Awards?

The feedback we got from the winners and runners-up is that the public and their industry got to see and positively comment on their work. We know that some worked on social media campaigns had quite a battle convincing their bosses that social media is worth using. The awards for some, even if they didn’t win, validated what they were doing. The event itself will have 300+ attendees from the digital media industry so it’ll be a great networking opportunity also.

Q. What does it take to win a Social Media Award, to set yourself apart from the others?

It’s probably an overall mix of a well-designed and well-executed social media plan. Even for specific categories like Twitter, it’s about the design of the account itself, the content created on it and its consistency. It does seem that those that have spent time planning their use of social media are the ones that have sustained their presence and gained more attention.