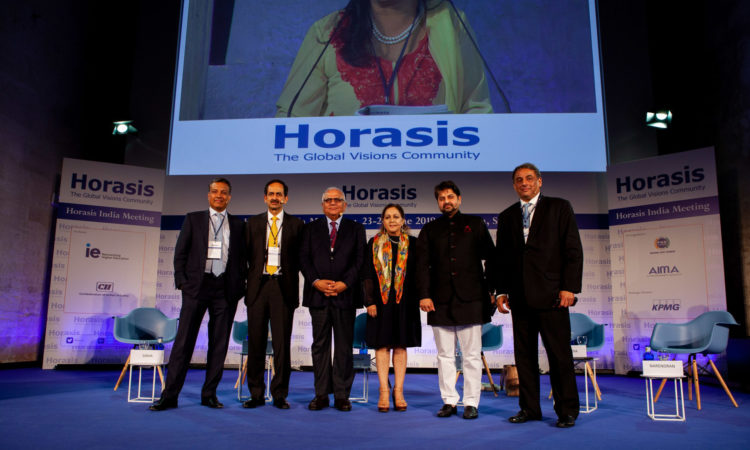 Hot on the tail of the Horasis Global Meeting that took place last month comes Horasis India Meeting, where over 400 leaders in business and government will discuss inspiring India’s future.

Horasis India Meeting will take place virtually this July 24th, and brings together more than 400 members of the Horasis Global Visions Community to inspire India’s future.

Introduced 13 years ago, Horasis India Meeting has become the foremost annual meeting of Indian business leaders and their global counterparts.

Co-hosted by the Confederation of Indian Industry (CII), the meeting is held virtually using Horasis’ new ground-breaking digital conferencing platform, bringing together several hundred of the most senior members of the Horasis Visions Community to discuss how to overcome the COVID-19 crisis and how to inspire India’s future.

With this meeting, Horasis offers business and government to discuss a wide range of issues related to the Indian economy.

Co-Chairs at Horasis India Meeting 2021 include:

Growing at close to 8% on an annualised basis, India is the world’s fastest growing economy. Economic indicators suggest that India has put the COVID-19 shock behind it. Demonetization and the rollout of the national goods and services tax will bolster growth on the long term.

The Horasis Global Visions Community is the culmination of Chairman Dr. Frank-Jürgen Richter‘s years of service in advising leaders in business, politics, and academia.

According to the Chairman, “The Global Visions Community is an independent international organization committed to enacting visions for a sustainable future.”

The Sociable caught up with Dr. Richter days before the Global Meeting in 2019 to find out how Horasis is working towards embracing globalization, bridging societies, and enacting visions for a sustainable future.

At that time he’d told The Sociable that Horasis wants to become the foremost gathering of global business leaders and eminent government leaders.

“We would like to create impact – not through revolution (though sometimes an idea might do just that) but by discussions that educate and which also draw together former opponents.”