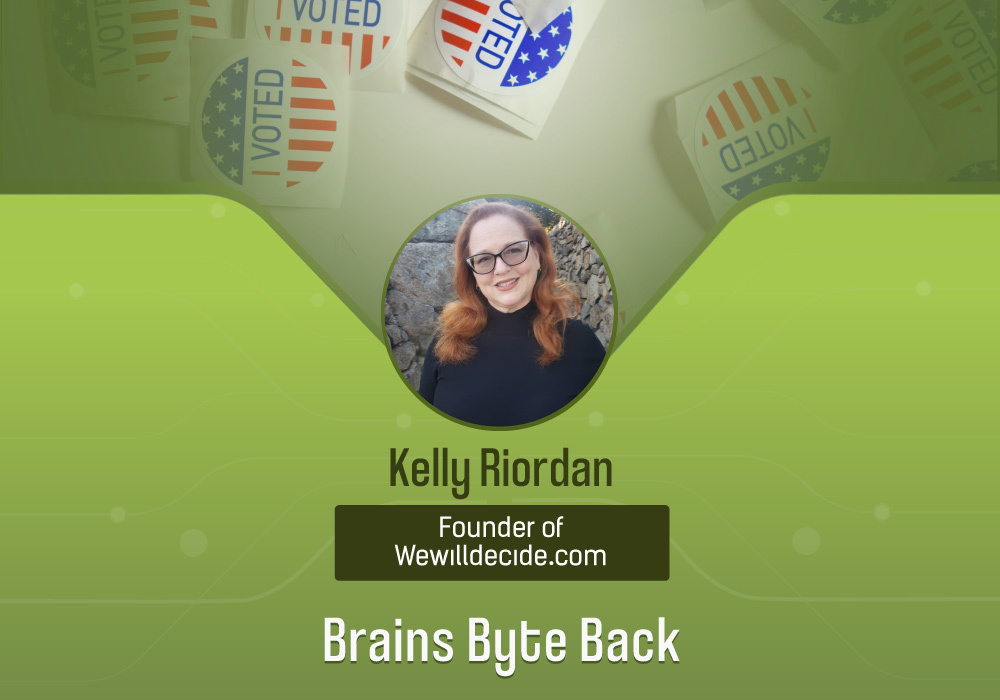 When it comes to political research and building your own political opinion before voting, it can be easy to find opinions, but hard to find unbiased data, research, and information. This was the issue that inspired Kelly Riordan to create Wewilldecide.com, a site that provided users with all congressional voting and activity.

In our episode today, Riordan explains how she made the change from an apathetic voter that didn’t always bother to vote, to becoming a responsible, well-informed voter.

She explains that when she started and sat down to decide who she wanted to vote for, she found that there was very little objective, unbiased information on the people she would be voting for.

So using her love for organization, research, and data, she decided to create Wewilldecide to produce a place for voters to go to see clear data, with stats and scores just like you would expect to see with March Madness or a fantasy football league. She explains why Wewilldecide isn’t a place for opinions, and instead only wants numbers.

She shares how the site remains impartial while dealing with complex political topics, and why she will not allow advertising on the site due to the potential political bias that ads may contain.

Instead of advertising, the site offers a $3 a month subscription in order to keep it running, with the aim of removing this once the site becomes big enough.

Riordan highlights why Ireland is “near and dear” to her heart and why she would love to set her sights on Wewilldecide making its way into Europe through Ireland and other democratic countries. Alongside her long-term future intentions of producing a sister site that can show users what values companies support in order to help users “vote with their dollars”.