HomeTechnologyWho are the brilliant minds behind the most innovative breakthroughs in Al?
Technology

Who are the brilliant minds behind the most innovative breakthroughs in Al? 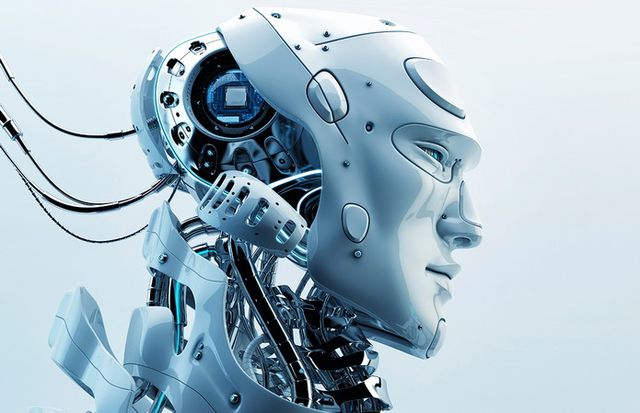 Who are the brains behind the ultimate breakthrough in technology, Artificial Intelligence? Rather than wax philosophically, here are some of the greatest minds behind AI development today.

The future of AI

Due to the rapid development of digital technology, many young people want “instant gratification.” Need something? No problem, just click the mouse, and there you have the product. And now, the development of Artificial Intelligence has further increased the want for instant gratification. The student wants an instant answer; the teacher wants the problem to be solved instantaneously, and the consumer wants their problem to be solved instantaneously.

According to the analysis carried out by Forrester, the investment in AI will increase by 300% in 2020. When we develop some new technology, the short run impact of that particular technology is overestimated, but the long run impact is often underestimated. In the case of the AI, some people believe that AI will go down as one of the greatest inventions, whereas some other groups of people believe that it may lead us to doom.

Currently, we can see many companies making use of an artificial intelligent chatbot. This shows how common the use of AI has really become. We can expect much more from AI in the upcoming years.

The discussion among the world leaders took place in Davos, and they were all set to make 2017, a huge year for AI. It makes sense to predict what AI might bring in the future after analyzing the things discussed at Davos.

The machine learning is one of the important subsets of AI. The biggest breakthrough was made in the second half of the 20th century, but it was left dormant because the computers back then did not have the capacity to process machine learning algorithms.

The growth of big data is a powerful driving force behind machine learning. There was only around 100 GB data/day collected in 1992, but by 2018, the amount of data collected will increase to 50,000GB/second. Machine learning is playing a crucial role to manage and make sense of these huge bulks of data. Nowadays, we are already seeing professionals making use of an intelligent virtual assistant to guide them in their tasks.

Who are the people behind the AI breakthroughs?

Geoffrey Hinton has dedicated himself to the development of machine learning algorithm for years. His papers on neural networks were not implemented, and it was scoffed for decades. Now, his theories are the framework for machine learning. He is also the first person to apply cognitive science on machines. He is also known because of his students filling labs at Google, Baidu, and Microsoft. Some of his popular students are Hugo Larochelle and Yann Lecun (the popular machine learning experts). Here is his explanation on neural networks.

Andrew NG, Professor at the Stanford University and also the chief scientist at the Baidu, was the guy who convinced Larry Page to start focusing on AI at Google. He is also an advocate for democratizing the machine learning course, and his course at Stanford can be accessed for free. He strongly believes that AI is equivalent to the electricity in the modern world. Here is his explanation of the adoption of AI.

Michael Jordan may go down in the history as the famous guy in the world of AI due to his contribution in the popularization of Bayesian networks, which is used in wide range of machine learning applications. He recently collaborated with an AI firm which is developing Jibo (a cute robot that is designed to help the people). The next big challenge would be to develop adaptive systems that can recognize the context.

Ben Goertzel, chairman of the AGI (Artificial General Intelligence) society and the founder of few AI companies, has dedicated his time to solving intelligence and to bring about AGI. He predicts that machines will match the intelligence of humans by 2025. Check out the video on the tour of his lab to find out more.

Demis, the head of Google’s Deep mind (one of the highly most advanced AI labs), could be closer than others to achieving AGI. He is a firm believer in the use of deep neural networks, and he has developed groundbreaking application AlphaGo. It is the world’s best Go players, and AlphaGo is now striving to become world’s best Starcraft player.

Martin Ford is the author of the book titled Rise of the Robots: Technology and the Threat of a Jobless Future. He predicts that AI could replace human labor, end capitalist system, and will make us accept universal basic income. He believes that it could benefit mankind by getting us out of daily work life stress, and it will help us to pursue the things that can make us happy.

Gary Marcus, world’s leading neuroscientist and co-author of the book titled The Future of the Brain, believes that narrow AI (that focuses on the specialization of a specific task) will play a crucial role in various aspects of our life. However, we are far away from achieving general purpose intelligence where an AI could be applied to any kind of problem.

The development of AI should be the most important concern for us. The people involved in the development of AI will not waste their time asking our opinions about AI. We should collectively think about the ways to implement AI along safely, as it will redefine the life of human beings on Earth.

Vivian Michaels is a huge tech enthusiast, who likes to write articles on evolving technology. He is also a fitness coach with a sincere desire to help people achieve their individual fitness goals.
view all posts