HomeTechnologyAI can assist in parenthood but it cannot replace parents
Technology

AI can assist in parenthood but it cannot replace parents 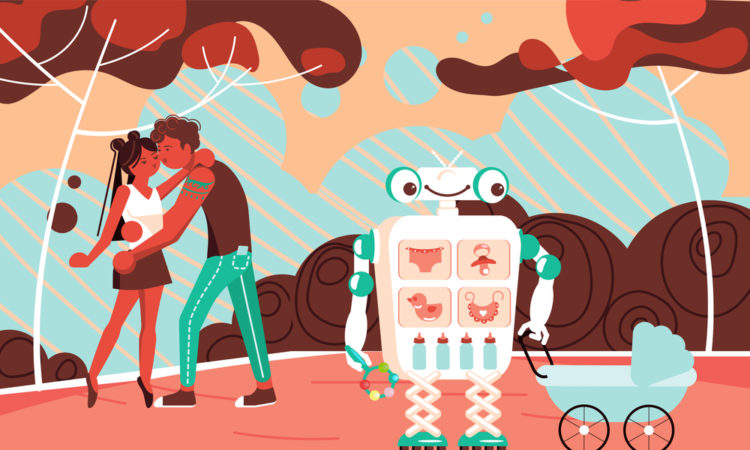 From AI-based apps that can interpret a baby’s cry to bassinets that can soothe a grumpy baby, using technology to raise kids can be helpful.

However, even the most exasperated parents know that raising a kid is an emotion-based job that no amount of technology can accurately help with. Too much reliance on AI to find the optimum way of being a parent could repress our parental instincts.

A group of researchers in the US have come up with an AI method that can identify and distinguish between a baby’s regular cry versus distress cries. While it’s a novel way to approach infant cry recognition with natural language processing, and the experiments show that the proposed approaches offer accurate and promising results, nothing can top a parent’s instincts.

As Pediatrician Eric Ball pointed out, appraising a baby’s cries cannot be an exact science.

“I think that all of the apps and technology that new parents are using now can be helpful but need to be taken with a grain of salt,” Ball said. “I do worry that some parents will get bogged down in big data and turn their parenting into basically a spreadsheet which I think will take away from the love and caring that parents are supposed to be providing for their children.”

A 2014 study says that brain networks governing parental response to infant signals have been studied with imaging techniques over the last 15 years.

“The complex interaction of thoughts and behaviors required for sensitive parenting of offspring enable formation of each individual’s first social bonds and critically shape infants’ behavior. For humans, besides meeting the primal evolutionary needs for survival and continuation of our species, parenting involves interrelated biological, psychological, and behavioral caregiving mechanisms that contribute critically to the first environment the child experiences as a new family member,” it says.

The market is flooding with technology that profess to assist bewildered new parents in their parenting journey. As long as it’s only assistance we seek, and not give over the job from to a machine, there might not be any harm. Parents can rely on the concern they feel for their child to understand what an infant needs from them.

Last year, an app called ChatterBaby was released with a similar promise. It used a smartphone to analyze the acoustic features of a baby’s cry, in order to aid parents in understanding whether their child might be hungry, fussy, or in pain.

The announcement solicited an explosion of comments on social media

I believe a intune parent would know that anyway! Don’t rely on Apps to parent ! Put down the screen and enjoy your baby !!

Some even said, “Don’t fall for it”, an indication that some of these devices are just trying to take advantage of new parents who feel they are not doing enough for their child.

While the availability of technology is good for communicating one’s concerns with fellow parents on a forum or social media groups, technology cannot replace the care that humans can bestow.

Another parent-assisting product is Snoo, an AI-equipped bassinet that claims to coddle and calm an agitated newborn, so that a parent can get a good night’s sleep. Nanit, called an AI nanny, tries to find the reasons for a restless baby by learning the infant’s sleeping patterns.

Muse is an AI-based parenting bot that uses machine learning and big data to try and help parents raise smarter kids. By corresponding with the parent, the program attempts to learn about the child enough to be able to predict the future happiness, earning potential, and even the life span of the child.

AI devices seem to be replacing parents, AI dolls and intelligent toys are replacing cars and dolls. Both parenthood and childhood are in for an overhaul.

“By 2030, most social situations will be facilitated by bots – intelligent-seeming programs that interact with us in human-like ways. At home, parents will engage skilled bots to help kids with homework and catalyze dinner conversations.”

Parenthood is still one of the most important jobs we do, since our emotions are vested in the job. In our emotional pursuit of getting the best for our child, in self-doubt, we might seek help from technology. However, the job should remain ours.