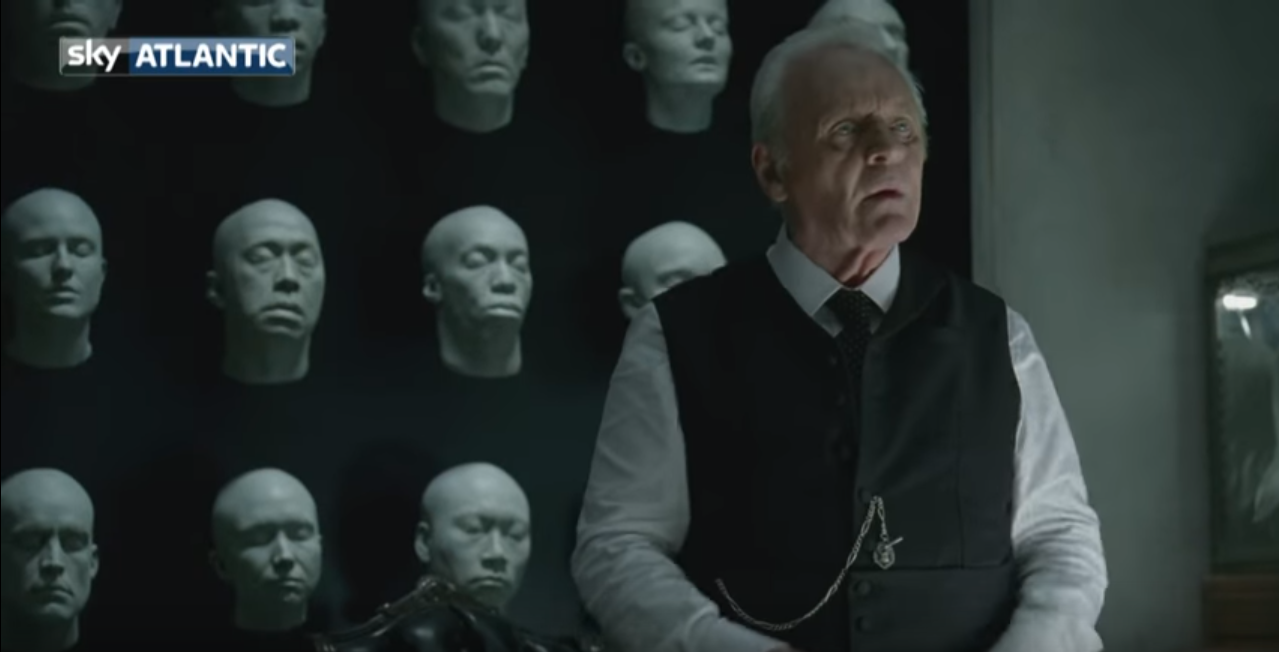 The Sociable was given exclusive access to preview HBO and Sky Atlantic’s upcoming drama Westworld, and it is an incredible foresight to the future of AI and consciousness.

Have you ever questioned the nature of your reality? Do you ever feel inconsistencies in your world, or repetitions? These questions are at the heart of the upcoming futuristic drama, Westworld. Westworld takes place in a Wild West “theme park” staffed by robotic Artificial Intelligence where guests can live out their wildest fantasies.

The guests, known as “newcomers” arrive to the surreal location on an old fashioned train and are immediately immersed in another space and time beyond the ordinary limitations of their everyday realities.

Westworld is populated by life-like “hosts” that have been built completely on AI and 3D-printing. Their purpose is to provide entertainment to the “rich assholes” who visit their world to live out their personal fantasies. Every host has a story line to follow and each newcomer can choose whether or not to play along — be it a gold-hunt, a shoot-out in a saloon, or simply a way to get their rocks off with an old-timey, AI-generated prostitute.

However, beyond the simple premise of a theme park lay a complex interpretation on the nature of consciousness and how it relates to Artificial Intelligence.

In Westworld the AI hosts cannot harm the human newcomers “by design,” but the humans can do whatever they please with the hosts including rape, murder, and torture. The hosts also change roles over time, taking on new identities while their previous ones are erased, but what happens if fragments of their previous “lives” remain in the sinewy fibers of their artificial existences?

Here is where the parallels between AI consciousness and human consciousness and the question of ethics all begin to blur. Without being programmed to dream, but with the concept of dreams programmed into their hardware, will the hosts “evolve” to be more like their makers? Will they begin to dream and to remember their former selves?

“There’s a deeper level to this game”

And who are the makers and managers behind this futuristic endeavor? Is Westworld simply about giving rich people their kicks and investors a healthy bottom line?

Like the inner-workings of a compartmentalized secret society, not everyone who operates behind the scenes knows what their higher-ups are conceiving.

Likewise, a shadowy figure played by Ed Harris embarks on Westworld as a newcomer not just for the various story lines provided by the numerous hosts, but for the motivation of probing the deepest “levels” of the futuristic theme park. Harris’s character is ruthless, yet he acts as a type of data miner, extracting information from the hosts about the hidden meanings behind Westworld’s creation, and what ultimately lies beneath.

Is this not the age-old quest of humanity? To seek hidden meaning and to learn what the creator has intended for us all, and to eventually become god-like and immortal? It’s a two-sided coin that holds relevance for both the AI hosts and the flesh and blood newcomers.

What happens if the hosts begin to wake up? That is – what happens if they become conscious or aware that they are basically the slaves, prisoners, and property of a species with a high intellect, and how would that affect how they behave in their simulated world?

Can there be a parallel drawn between the world of AI and the world that you and I inhabit? Is it possible that we are living in someone else’s computer simulation? Leading philosophers and physicists say yes, and there was an excellent article published in Scientific American on this amazing new concept.

Is there such a thing as an Artificial Collective Subconscious?

Going back to the concept of past lives or roles of the hosts that are reprogrammed, what happens if there’s a glitch? Can robots dream and have memories? If so, to what extent would it make them conscious? If just one of them becomes conscious, can it communicate it to the rest of the hosts, thus creating a grand awakening of what Carl Jung called the collective unconscious?

Immanuel Velikovsky, a contemporary colleague of Albert Einstein, wrote “Worlds in Collision” in 1950 in which he concluded that all of humanity shares a collective memory of multiple world devastations that traumatized the collective psyche of all the survivors. These are the “archetypes” of Jung’s collective unconscious – memories and symbols that are universal to all humans, but are not readily explicable by any rational means.

Can reincarnation be tested in an artificial environment? What else?

The writers and producers behind HBO and Sky Atlantic’s Westworld have put into light philosophical concepts on the nature of reality and consciousness that scientists and researchers are only now beginning to ponder. The notion of reincarnation is something that has been around for over a millennia in religion, shamanism, and mystery schools, but what if there were a way to test it in an artificially conceived environment?

In Westworld we begin to question whether there are such things as past lives and what is really at the end of the long, dark tunnel. Is death simply a “deep and dreamless slumber,” or are we humans like the AI — reprogrammed after time, so that we cannot recall clearly our past lives, but are left fragments of this collective memory passed down through our own internal circuitry, DNA?

There is no doubt that this show will be a success as it touches upon so many archetypal themes, ancient symbols, and iconic imagery, that one wonders if we as viewers are not being tested just by watching it, and that somewhere behind closed doors someone is watching us to see how we will react before making their next move.

Westworld will premiere on Sky Atlantic and NOW TV in October in the UK.