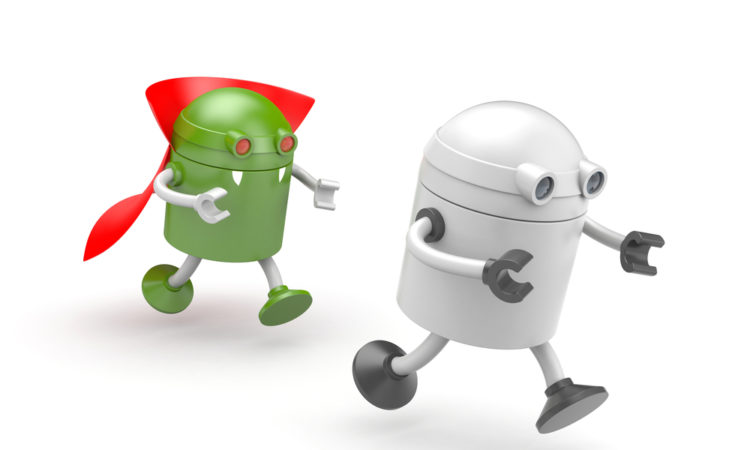 Researchers find that the use of AI comes at great cost due to the carbon footprint implicated with the technology, but emerging technologies often tend to go on to be drivers of ever greater energy efficiency.

Researchers at the University of Massachusetts carried out a study to assess the training process commonly required by AI models.

The research – published last week – identifies that the training of a neural network creates a carbon dioxide footprint of 284 tonnes.  That’s the equivalent of five times the lifespan emissions of a typical car.

There’s no doubt but that this is a serious issue that can’t be ignored.  On the other hand, AI promises so much in terms of societal benefit from process automation to the fight against cancer and so much more such that the full implications of the technology are not yet known.

It stands to reason that in activities and industries where energy usage accounts for the highest input, those businesses that manage to minimize energy usage are going to be the most competitive and likely, the most profitable.

Power usage optimization is key for these businesses.  It’s natural that with so much at stake in terms of energy use expenditure, this dynamic will be a natural driver towards innovation.

In essence, AI modelling implicates computational power – similar to conventional data centers and cryptocurrency mining.  Data centers are the more established of the three sectors having come up with the internet age through large tech companies such as Google, Microsoft and Amazon.

Despite it being a nascent industry, cryptocurrency mining is likely broader and more established than AI modelling at this stage.  It has also faced criticism in terms of its energy need.

Notwithstanding that, scenarios have already emerged where those involved in Bitcoin mining have sought to transfer innovations and best energy use practices developed in that industry to that of conventional data center operators.

In February, the European Commission announced that the European Union (EU) will invest €10 billion in innovative clean technologies.  At the time, the EU Commissioner for Climate Action and Energy – Arias Canete stated that “[the EU is] investing in bringing to the market highly innovative technologies in energy intensive industries”.

That’s just one initiative focusing on energy efficiency relative to energy intensive industries.  It indicates that the motivation to innovate in that sector is likely to permeate through to efficient use of energy across the board.

The Energy Innovation District was established in England’s northwest with an objective of taking an innovative approach in terms of energy usage.  One core component of the initiative is clustering.

A concerted effort is being made to cluster energy intensive industries alongside large scale energy assets.  Back in January, Ged Barlow, Chairman of the Energy Innovation District had this to say in relation to the project:

“With the private and public sector working together, this project will show how connecting energy users to local sources of energy generation can reduce costs, cut carbon emissions and increase energy security. The impacts could be huge with the aim to create a network where energy costs are cut by at least 20%.”

Savings of 20% through clustering alone demonstrates that there are many ingenious approaches that can be taken to deal with the challenge of energy intensive activities and industries.

There is a lot of scope for greater efficiency in the electricity energy market.  With the move towards renewable energy, energy liquidity has become more of a pronounced challenge.  Renewables either produce an excess of power at peak output times and a dearth of supply at other times.

It’s in this context that the utility of AI deep learning or Bitcoin mining can be exploited, deriving benefit from excess power and with the option to stand down those operations at other times.

Feeding in to that concept of energy liquidity is the practice of global energy arbitrage.  AI modelling and deep learning centers could be situated on a basis that exploits electricity arbitrage.

There are locations that produce an abundance of power that exceeds the needs of people and industry in those regions.  This creates an arbitrage opportunity where energy is significantly cheaper than the global average cost.

A report released last week indicates that 74% of Bitcoin mining is now coming  from renewable sources – more than four times the global average.  Energy intensive industries will naturally gravitate towards the most abundant and cost effective sources of power.

Bitcoin mining is largely unregulated and yet the market itself is self regulating itself towards the most efficient options.  Bitcoin miners are becoming the buyers of last resort when it comes to clean energy.  It doesn’t draw capacity away from urban centers and for the most part, it’s not destroying the planet.

The activity makes some loss making renewables projects profitable and has the potential to act as a driver of new renewables developments in locations previously considered uneconomical.

Whether it’s AI modelling, Bitcoin mining or conventional data centers that are power hungry in running endless computational processes, there is no need for society to be deprived of the innovations that they bring.

A positive approach to energy intensive emerging technologies can result in an ability to facilitate them for the betterment of society without it costing the planet.