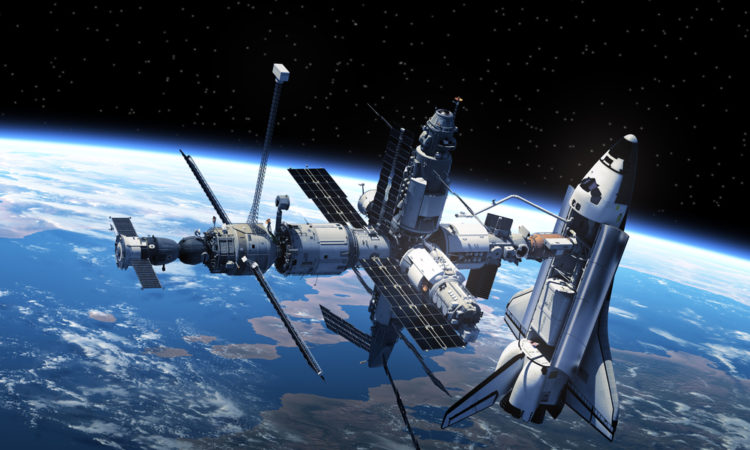 National Aeronautics and Space Administration (NASA) announces it is opening the International Space Station (ISS) for commercial business so that US industry innovation can accelerate a “thriving commercial economy in low-Earth orbit.”

According to the BBC, “Nasa’s announcement on Friday is part of a move towards full privatisation of the ISS. US President Donald Trump published a budget last year which called for the station to be defunded by the government by 2025.”

NASA’s plans are seen heading towards privatization when it says that it addresses “both the supply-side and demand-side for a new economy, enabling use of government resources for commercial activities, creating the opportunity for private astronaut missions to the space station, enabling commercial destinations in low-Earth orbit, identifying and pursuing activities that foster new and emerging markets, and quantifying NASA’s long-term demand for activities in low-Earth orbit.”

Today starts a new day in low-Earth orbit as we unlock the @Space_Station’s potential as a platform for companies to engage in commercial profit-making activities and we welcome private astronauts to visit on U.S. vehicles. Get more details: https://t.co/lJnIlxaii7 pic.twitter.com/8sbi1lEzIn

The proposal cancels out funding for the ISS in 2025 and allocates $150 million “to encourage development of new commercial low-Earth orbital platforms and capabilities for use by the private sector and NASA.”

The NASA press release also said that it will continue research and testing in low-Earth orbit, while working with the private sector to test technologies, train astronauts, and strengthen the space economy.

“Providing expanded opportunities at the International Space Station to manufacture, market and promote commercial products and services will help catalyze and expand space exploration markets for many businesses.”

As a new NASA directive says, “NASA seeks to achieve a continuous US human presence in low-Earth orbit (LEO)—both with government astronauts and with private citizens—to support the use of space by U.S. citizens, companies, academia, and international partners.”

To realize this goal, NASA also came up with the NASA Interim Directive (NID) on Use of ISS for Commercial and Marketing Activities, a document establishing the new NASA ISS Program policies governing commercial and marketing activities.

This new policy allows US Entities to pursue manufacturing, production, transportation, or marketing of commercial resources and goods, including products intended for commercial sale on Earth.

They can also include private astronauts on USG or commercial missions to the ISS and associated on-orbit activities, including commercial and marketing activities.

US government astronauts can also conduct coordinated and scheduled activities, as well as purchase resources available for use on the ISS in support of commercial and marketing activities.

More than 50 companies are already conducting commercial research and development on the space station through the ISS US National Laboratory.

The ISS US National Laboratory enables flexible partnership models that allow organizations to leverage the facilities of the ISS. These include research competitions, investment opportunities, STEM education programs, and commercial services opportunities.

“All types of organizations can now join in the business of space through these novel pathways made possible by the ISS National Laboratory.”

Also, NASA has worked with 11 companies to install 14 commercial facilities on the station boosting R&D projects for NASA and the ISS National Lab.

For example, in May, the Laboratory sent more than a dozen payloads for launch to the orbiting laboratory aboard SpaceX’s Dragon spacecraft. Emulate, a biotechnology company, is sending a tissue chip investigation to the Laboratory.

The agency’s ultimate goal in low-Earth orbit is to build an ecosystem in partnership with industry that can provide services and capabilities at lower cost.

In a similar announcement last year in September, the agency said,

“Based on inputs from current partners, commercial and other stakeholders, NASA will shape the plan for the transition of low-Earth orbit activities from direct government funding to commercial services and partnerships, with new, independent commercial platforms or a non-NASA operating model for some form or elements of the International Space Station by 2025.”