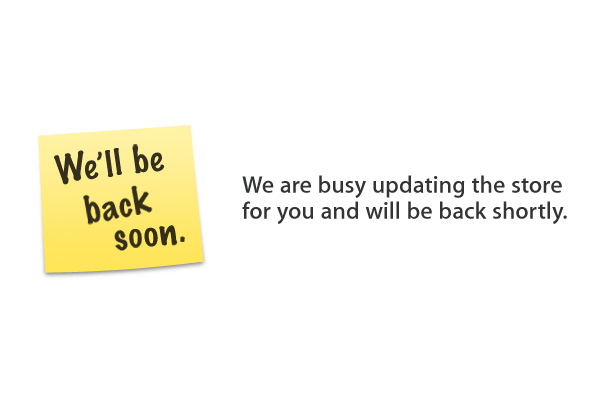 Update: The Apple Store is back online, complete with the promised refreshed MacBook Air, the new Mac Mini and a new version of Apple’s 27-inch Cinema Display with a Thunderbolt port. Mac OS X Lion is also available for download in the Mac App Store. One casualty during Apple’s hardware refresh is the budget-friendly MacBook, which is now longer available to purchase in the Apple Store.

The Apple Store has been down for two hours, almost certainly signaling the arrival of Mac OS X Lion, Apple’s latest version of their desktop operating system, and possibly a refreshed MacBook Air, later today.

We first suspected that a new MacBook Air might arrive in the Apple Store last Thursday, but this rumour never came to fruition. The new MacBook Air is expected to come with 4GB of RAM, have a 128GB solid-state hard-drive (SSD), a backlight keyboard and will run Mac OS X Lion, which has already been confirmed for release today.