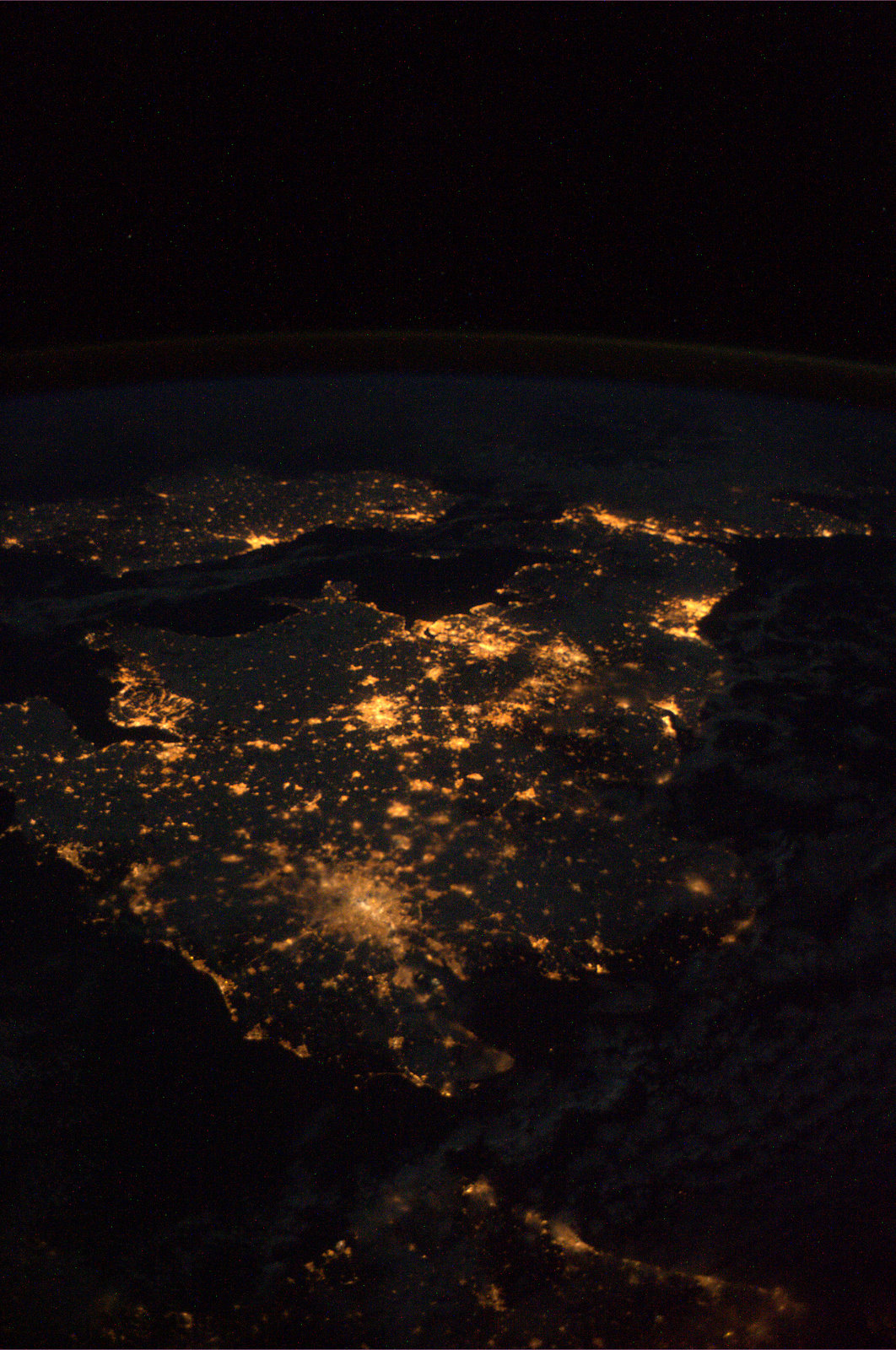 Although this image has been published for a few months now, it’s definitely worth sharing. Astronauts onboard the International Space Station captured this beatiful image of Ireland and the UK illuminated by city lights on Christmas Eve, 2010. 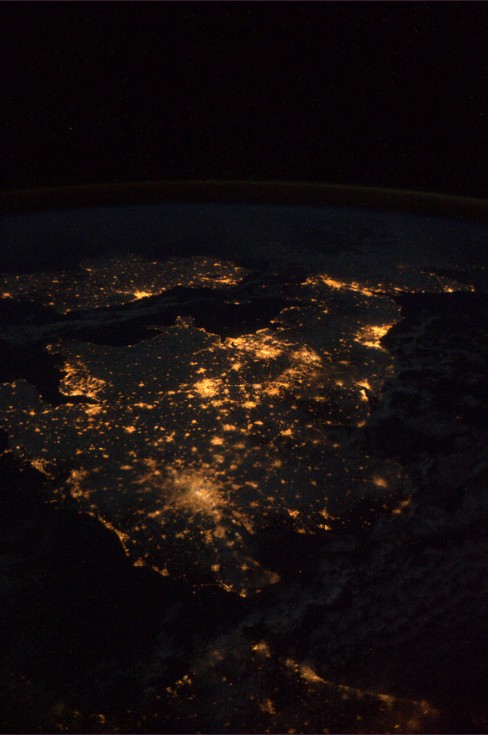 Ireland and the UK as seen from the ISS. Credit: ESA/NASA

The International Space Station is a research facility that orbits the earth at approximately 28,000 kilometres per hour and at an altitude of between 350 and 450 kilometres. It can be seen from earth with the naked eye.