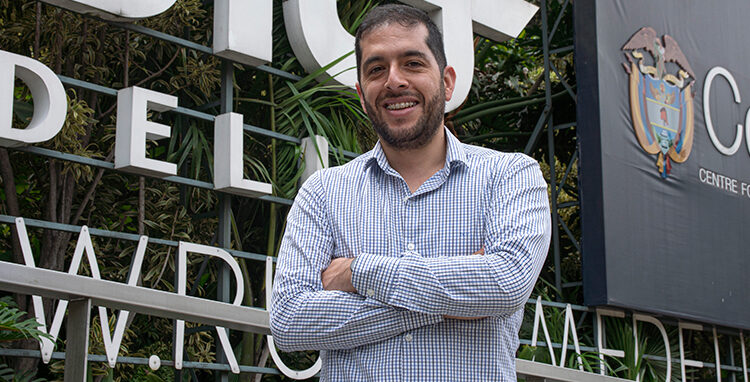 When Medellín, the second-largest Colombian city, was named the most innovative city in the world back in 2013, denominations like the “Silicon Valley of Latin America” soon became a common nickname for what once was the most dangerous city on the planet.

Despite widespread optimism, some experts believe the hype hasn’t really been matched. As RestOfWorld points out, Medellín hasn’t yet seen a generation of successful startup IPOs and acquisitions. When it comes to the presence of local unicorns, there’s only one – the Bogotá-based delivery network Rappi.

However, the diverse investment opportunities (favoring Bogotá and Cartagena post-pandemic), macroeconomic strengths, and the paisa entrepreneurial spirit paint a promising image of Colombia’s future as a regional tech hub. One of the institutions set towards this goal is Medellín-based Ruta N, specifically created to inspire and encourage innovation both in the city and at the country level, working to advance favorable conditions for entrepreneurship.

The Sociable spoke to Iván Castaño, the executive director of Ruta N appointed in April 2021, to discuss Colombia’s place on the map of global innovation, as well as the challenges and goals of Ruta N for the future.

The Sociable: What is the importance of Ruta N for the innovation panorama of Colombia and Latin America?

Ivan Castaño: Given the support that we receive from different stakeholders in the innovation and entrepreneurship ecosystem of the city, we are able to design and implement programs that aim to make Medellín a city in Colombia and Latin America where it’s easiest to innovate and create new tech-based businesses. Ruta N’s primary importance is in being the living proof that betting on science, technology, and innovation is the way forward in creating sustainable and inclusive perspectives, starting locally but with the potential to scale nationally and even regionally.

Apart from that, it’s also essential to recognize the role that Ruta N has in bringing national programs to the local ecosystem, enabling broader opportunities for companies, entrepreneurs, and innovators and allowing for better use of public money.

TS: Ruta N is based in Medellín. What does this say about the state of Colombian tech innovation?

IC: Ruta N is a corporation created in 2009 by the city of Medellín, UNE (a telco operator), and EPM (the second-biggest Colombian public utilities company) to promote innovative technology-based businesses to enhance the quality of life in the territory. This shows the local government’s utmost focus on technological innovation, which is only confirmed by the current municipal plan Medellín Futuro (Future Medellín), with the ambitious goal of making Medellín the software valley of Latin America.

The history of Medellín as an innovation hub of the country has led to the city being declared Colombia’s district of science, technology, and innovation in the constitutional amendment 01 of July 2021 by the Congress of Colombia.

Moreover, Ruta N has also been appointed a center for the Fourth Industrial Revolution by the World Economic Forum, created as the first in Latin America, and remains the only one in the Spanish-speaking world.

TS: How is Ruta N financed?

IC: Ruta N has two primary sources of income. The first one comes from rental contracts for office space in our facilities. We have three buildings expanding over more than 365,000 square feet where we can accommodate companies with one thousand employees.

The second and most significant income comes from the mayor’s office through the Secretary of Economic Development, which provides the necessary funds for the operation and development of the entrepreneurship and innovation programs led by the organization. Given that Ruta N’s role is to try to bridge the gaps in the market even if there’s a government or market failure, we don’t see this operation model changing soon.

TS: What are some of the challenges that made the realization of Ruta N’s vision more difficult during the pandemic?

IC: We were struck hard by the pandemic, given that the expenditures on office spaces were cut back since early 2020. And even though we have begun to see a gradual return to the office, we are still far from pre-pandemic occupation levels.

During the pandemic, the entire ecosystem focused on saving lives. We even had the chance to lead a program that was creating ventilators for emergency use that local universities were developing. So, even if the primary plan for 2020 and 2021 in the science, technology, and innovation ecosystem remains protecting lives, we continue to promote the creation of high-quality jobs and new tech-based businesses.

TS: How would you compare the state of Colombian innovation to other Latin American countries?

IC: In 2021, Colombia ranked 67th out of 132 countries in the Global Innovation Index, which shows that we still have a lot of work ahead. For example, Colombia ranked 72nd in the knowledge and technology products pillar and, in terms of investment, it ranked 90th.

From Ruta N’s perspective, the new science, technology, and innovation public policy draft recently presented by the National Planning Department, alongside the entrepreneurship law signed in late 2020, aims to make innovation in the country easier.

The tech world is now more connected than ever, so, in Colombia, we expect to see the same trends and vision as in the rest of the world. Our main job is to make sure that we’re not only adopting trends but also working as a country and a city to be more active participants in this global ecosystem.

TS: Many say that Medellín could become the next blockchain hub. Can you see that happening? Would there be any legislative obstacles?

IC: We have been experiencing significant growth in blockchain-based solutions globally, and Colombia and Medellín are no exception. In addition to that, Ruta N is the center for the Fourth Industrial Revolution, where blockchain is one of the prioritized technologies. However, we always tell developers that the first thing they should try to avoid more than any regulatory barriers is using this technology as a silver bullet. So, we must clearly understand the problem that we’re trying to solve and then answer whether there is a suitable solution within blockchain.

For example, we had the chance to see traceability implemented on a private blockchain that, from a technical perspective, only tends to add complexity to the operations of the solution. So, while blockchain indeed provides a chance to be at the forefront of the tech world, it adds no real value from a market standpoint.

TS: What are some of the key innovations that could help the socio-economic development of the city?

IC: We strongly believe that innovation and entrepreneurship are critical elements for a sustainable and more equitable society in the future. That’s the reason why we’re working on the Software Valley Center (SVC) initiative.

Through SVCs, and alongside other municipal entities such as the Secretary of Economic Development, we are building tech-based infrastructure across all the city districts. This program allows the community to be closer to technology and physical spaces to work (coworking), learn (IT training), and access entrepreneurship programs for free. We are doing this on both the urban and rural levels.

TS: What are some of the innovations you are currently exploring and supporting?

IC: Right now, we are working on four critical programs. First, it’s the live sciences hub, because one of the health issues that is often overlooked is chronic non-communicable diseases, and we have the mission to reduce these in the city by 30% by 2030.

The second one is the Software Valley Centers, as described earlier.

The fourth one is Medellín as a science, technology, and innovation district. From Ruta N, we are active contributors to the legislative process for the specific law that will determine the formalities and specifics of this declaration. This process must go through Congress, and we expect to contribute to the bill with our experience, expertise, and technical knowledge.