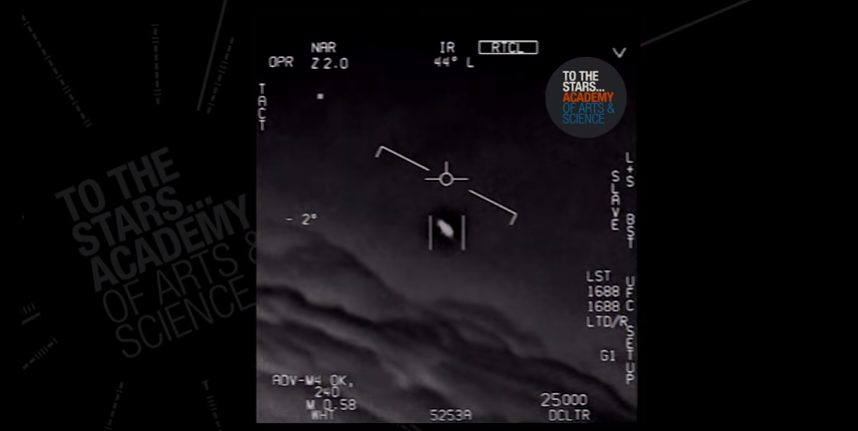 The US Navy confirms that certain Air Force footage does indeed depict UFOs. Assuming that we’re looking at advanced technology, where does it come from and when could it be made public?

Effortlessly traveling against 138 mph winds, hovering over areas for periods of time before rapidly ascending vertically, and stopping and turning on a dime in mid-air appear to be types of maneuvers that come from technologies that are not yet privy to the public.

Yet we can see these seemingly impossible maneuvers with our own eyes in the footage captured years ago by the US Air Force, and confirmed on September 10, 2019 by the US Navy as being Unidentified Aerial Phenomenon (UAP), according to a report by The Black Vault.

The videos were released by To the Stars Academy of Arts and Sciences (TTSA), a company founded by none other than Blink 182’s Tom Delonge.

We could stop the story right here and leave it just as that — unidentified aerial phenomenom — and nothing more. The Navy isn’t able to identify what was captured on video. End of story.

But if we suspend our disbelief for just a moment to listen to the pilots and see what they saw, it appears that we’re dealing with very advanced technology.

The voices of the pilots and their reactions to seeing these craft further illustrate the amazement and wonder of what they were witnessing first-hand.

Assuming that “bugs in the code for the imaging and display systems, atmospheric effects and reflections, neurological overload from multiple inputs during high-speed flight,” did not actually prompt a US fighter pilot to shout, “Wow! what is that, man? Look at that thing fly!” the technology powering the vehicles appears to be so advanced that one may conclude that it could only come from aliens.

Aliens or not, the technology would have to be advanced

However, it is important to consider that these craft are most likely made by the hands of humans here on earth through some top secret, black budget projects.

Whether the assumed advanced technology comes from aliens or humans is further evidence that you and I don’t know jack about technologies being used right here on planet earth. Afterall, GPS didn’t become commercially available until the 1990s, yet it was fully operational for military use in the 1970s.

That doesn’t mean; however, that we can’t understand how UFO technologies could work in theory. A lot of government research has already been done on this front and is publicly available.

For example, the US Defense Intelligence Agency recently declassified that it spent $22 million between 2007 and 2012 to research antigravity for aerospace applications, warp drive, dark energy, and the manipulation of extra dimensions, among many others.

In April of this year, and most likely in anticipation of this month’s disclosure, the Navy drafted new guidelines on reporting UAP, according to Politico.

The Navy acknowledged that “there have been enough strange aerial sightings by credible and highly trained military personnel that they need to be recorded in the official record and studied — rather than dismissed as some kooky phenomena from the realm of science-fiction.”

Five months later, we have confirmation of videos depicting UAP.

If advanced technology exists, when will we have full disclosure?

If we assume the disclosure isn’t a government psy-op, the question remains, if this technology does indeed come from human hands, what other technologies are being kept secret?

Are our current researchers in the private sector working on developing technologies that are already obsolete? A perplexing quandary.

Since UFOs/UAP are confirmed to be true, we may be dealing with technology that is so advanced that what we’re working on now would look like child’s play to what already exists.

If that’s the case, who or whatever is in control of the advanced technology would be letting this happen. How much time, money, and research is spent in coming up with solutions to major problems on this planet that may already have been solved by advanced technology that has been kept hidden from the public?

Soft vs full disclosure in the UFO community

The UFO community seems to be split between those that just want to talk about Roswell and little green men, and those who are pushing for disclosure of advanced technologies that could potentially lift society out of poverty, eradicate illnesses, and end wars.

You don’t have to believe in aliens to know that evidence of advanced technology is on full display in our air space. UFOs or UAP are not in the realm of belief. They have been confirmed.

If the Navy doesn’t know what these things in the sky are, it’s reasonable to assume that advanced technology is being used.

If true, where does this technology come from, and when could it be used for the benefit of society?