HomeTechnologyUnimersiv educational VR lets you explore ancient sites, travel to space, or board the Titanic
Technology

Unimersiv educational VR lets you explore ancient sites, travel to space, or board the Titanic 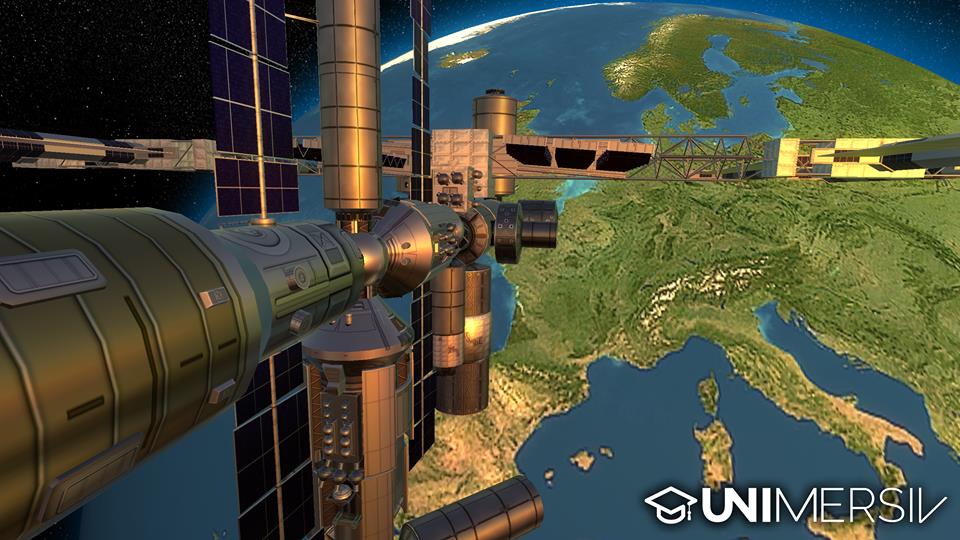 Educational VR platform Unimersiv launches on Google Daydream and Cardboard for Android, allowing users to experience the wonders of the ancient world or climb aboard the Titanic.

You don’t need a passport or a time machine to visit the surreal locations offered by Unimersiv’s educational VR experiences.

Cardboard and Daydream users will now be able to explore historical places in VR such as Ancient Rome or the Acropolis of Athens, travel inside the International Space Station or even inside the human body.

Previously available only for Oculus Rift and Samsung Gear, Unimersiv has opened up its compatibility with the aim of becoming the largest platform for educational VR experiences while releasing a new cardboard VR headset, also for Android.

“Every time that a new technology comes out, it quickly applies itself to some form of education,” said Founder Baptiste Grève, adding, “VR will follow the same path. In fact, at some point in the future, people might not even have to go to schools – places of learning could be in VR spaces instead. As this happens, we want to be the place where you can go to learn absolutely anything.”

Where most companies do not create libraries of VR content, Unimersiv provides a unique curation of educational VR experiences. Eventually, Unimersiv hopes that other VR experience developers will share their experiences on the Unimersiv library in addition to other app stores and platforms.

At present, Unimersiv has seven educational VR experiences available for download on its website including a journey to the human brain, exploring the International Space Station, human anatomy, Stonehenge, the Titanic, the Acropolis of Athens as it was thousands of years ago, and ancient Rome.

In 2016, the global VR market saw rapid expansion. More than 88 million Google Cardboard headsets were sold, while millions of people joined VR platforms such as Oculus Rift, Samsung, Playstation, Google DayDream and others. While Google hopes to leverage the marketing capabilities of DayDream and DayDream phones, Unimersiv wants to take advantage of VRs growing popularity to educate people on difficult subjects.

What makes educational VR experiences so effective is that people are hard-wired to remember more accurately that which they experience first-hand, rather than by reading a text or listening to audio.

The human brain remembers things that it experience better than things it reads or hears, according to American educator Edgar Dale’s Cone of Learning.

In fact, after a given two week period, the brain remembers 90 percent of what it does or simulates, but just 10 percent and 20 percent respectively of materials read and listened to. Certain educational subjects, such as science and history, are considered hard to visualize – VR technology can make these concepts easier.

“Out of classroom experiences can have a profound impact on students but they are often expensive and difficult to organize,” Grève continued. “VR can help solve this by providing users – including, potentially, school children – with simulated experiences that involve less travel, less paperwork and less organization. VR is the future of education.”