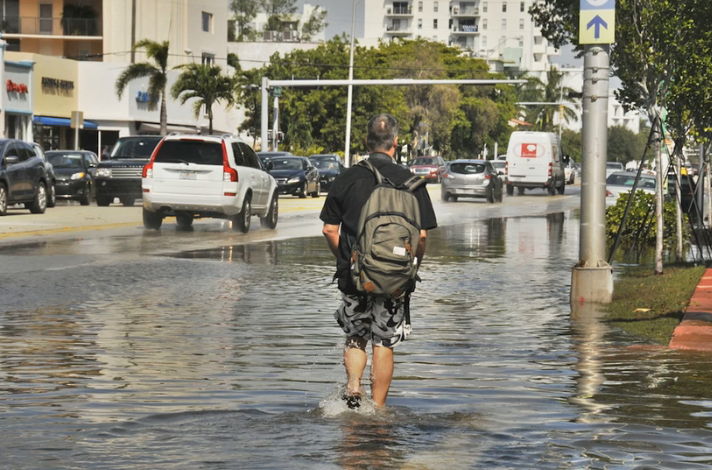 Coastal Risk Consulting in Florida is bringing together technology with Nobel-winning thinking to warn homeowners about their level of risk to flooding.

The geospatial data and analytics firm, which picked up two gongs at the Annual American Business Awards last year, has now set up floodscores.com where residents can find out how likely their home is to be flooded in the coming years.

The company has employed a host of academics in order to maintain integrity in their data and approach. Most notably, Dr. Brian J. Soden, who was Lead Author for the Intergovernmental Panel on Climate Change which shared the 2007 Nobel Peace Prize with former Vice President Al Gore.

This comes after Nature reported that sea levels could rise by six feet by 2100, and off the back of that Zillow calculated that over 900,000 Florida homes could become submerged. But while this poses a risk homeowners will need to be concerned well before sea level rises.

Floodscores.com “tells you a coastal property’s risk of flooding from tidal and storm surges, heavy rainfall, wind, and groundwater inundation, today and into the future.”

This is step one, but the website will use its technology to help homeowners with the broader effects of climate change with “detailed full-color maps and an in-depth, customized look at your property’s vulnerability to climate dangers.”

And the point is not to stop there, but to effect change with guidance for “those with a high flood-risk score in considering products and solutions to help reduce their property’s risk of flooding.”

There is a certain level of denial in Florida over climate change, however the state is also characteristically chimerical on the issue, having also taken out 1.8 million policies from the state-run National Flood Insurance Program, according to The Economist.

The consultancy’s president, Albert Slap, told the Miami Herald, “It has been a challenge for our startup to bring to these markets a fuller understanding of the benefits of property specific, flood and climate risk modeling.”

And that, really, seems to be the point. With Trump pulling out of the Paris Agreement on climate change and partly elected on a climate change-denying platform, it’s always been difficult for scientists to connect with the public on the topic. It involves forces which ironically seem too big for humans to tamper with, but require counter-tampering on a scale so large progress seems improbable. All the while the threats to any given person feel intangible and distant.

Perhaps technology like this will not only help people prepare but also connect people with a potential reality worth putting effort into avoiding.

From dating to sexting: the stats behind technology’s effect on love life