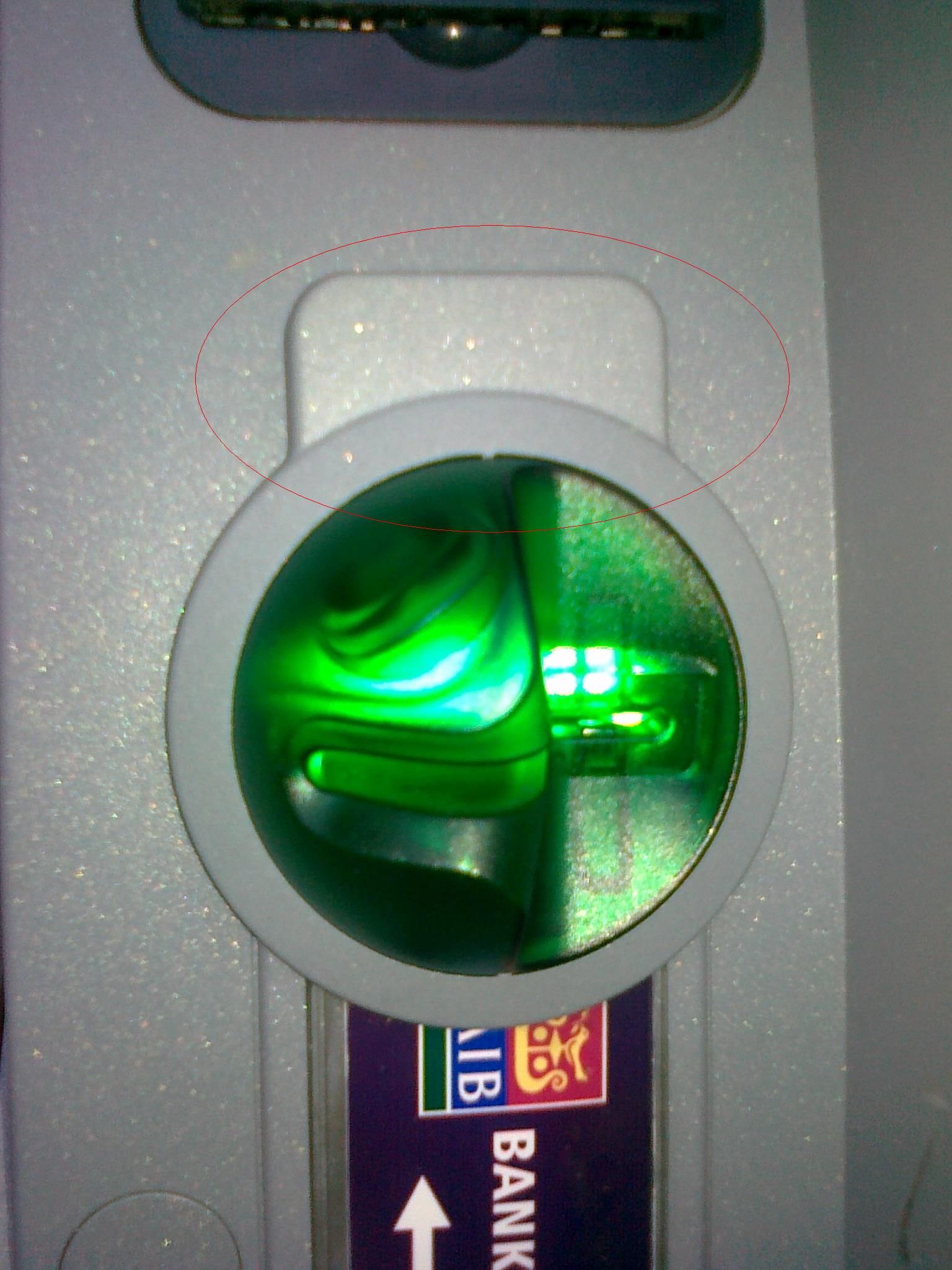 Gardaí and the National Consumer agency today warned ATM consumers to careful of very convincing skimming devices that have been found attached to AIB ATMs.

Devises have been found fitted over the newer-style AIB ATMs which convincingly mimic the design of the distinctive green AIB ATM card slots. The only give away that the skimming device are attach is the square ‘handle’ on the top of the card slot.

The device skims the card from what looks like a magnetic strip reader attached to a radio broadcast or memory circuit contained in the ‘handle’ at the at the top of the mold. This skimming scam may be related to a similar incident in Carlow which was thwarted by Gardaí, in which a pinhole camera device was attached to an AIB ATM for the purposes of recording card details.

According to the Garda press office the number of reported skimming scams have increased in Ireland in the past six months. In September 2010 Gardaí prevented the export of two skimmings devices to Bulgaria containing AMT users details. In this case Ulster Bank customers were targeted with a total of €11,000 lost to the scammers.

These latest images follow the a feature on RTÉ’s Crimecall in January which highlighted modern methods of card skimming. The Gardaí’s advice to consumers who are concerned about card skimming is,

Is Google capitalizing on its Bing Sting by registering hiybbprqag.com