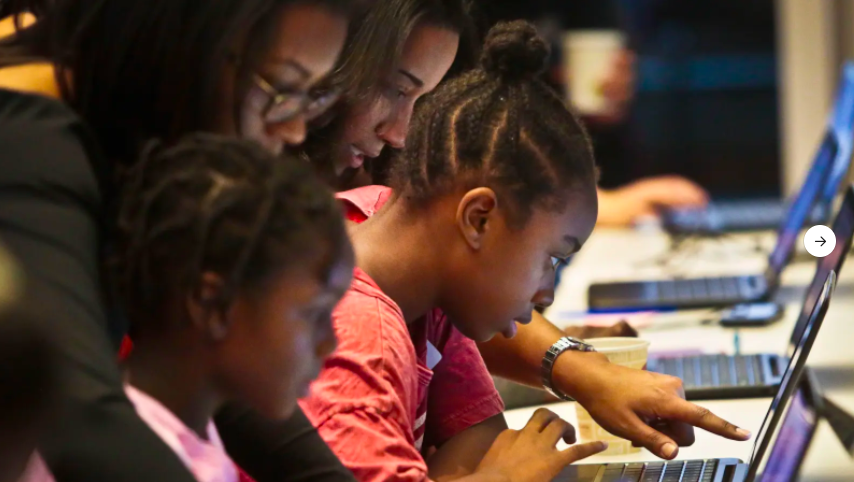 By February of 2022, schools worldwide had been closed for an average of 4.5 months due to COVID-19. This affected an estimated 1.6 billion students and created what the United Nations has called the largest disruption to education in history.

This major stall in learning is exacerbated by the fact that according to a joint report from UNICEF and the International Telecommunication Union (ITU), two-thirds of the world’s school-age children – or 1.3 billion children aged 3 to 17 years old – do not have internet connection in their homes.

Among the estimated 12 million students who lack access to a viable connection in the US, the reasons for lack of service are due to a myriad of band-aid solutions that vary by region—with remote learning unreachable thanks to everything from faulty broadband connections to worn-out and obsolete devices distributed to poor communities.

In turn, this has made the pandemic’s impact on children’s education result in a divergence between the haves and the have-nots. Instead of continuing to pursue quick-fix solutions, the country needs to start employing a modern way of connecting individuals across socioeconomic demographics to what has become a basic need, and some would argue right.

The good news is that an efficient and long-term solution already exists through broadband fiber. Let’s take a look at the biggest roadblocks to getting this solution to the people that really need it, and what one company is doing to get past them.

A new picture in an old frame

A new report has shown that affordability is the biggest reason why millions of students are still without home internet access, even as the federal government invested millions of dollars into closing the digital divide.

As with most disparities, socioeconomic and race factors play into the connectivity problem as well. It was shown that 50 % of Native American/Alaskan Native children, 47% of children in households below the federal poverty line, 36 % of Black children, and 34 % of Hispanic/Latinx children were among the largest demographics that lacked access to reliable wifi in the states.

For the US to evolve past the antiquated framework that is still plaguing the next generation’s access to learning, they will need to recognize that the current system requires a serious overhaul.

To date, fiber broadband technology was deemed as too expensive or unnecessary due to reliance on other types of internet competition. But the truth is, many cities across the US already have fiber cables that run underground or on poles with untapped capacity lying in wait to be used.

The US is lagging behind other nations in fiber availability to consumers, with only 8% of homes that actually have fiber at home. By lighting up old unused “dark” fiber, or fiber networks that have been displaced, access to the internet can be leveraged more equally and efficiently across both rural and urban areas.

According to Blackbox Technology, certain types of fiber connections can be transmitted for almost 25 miles, helping to patch the current gap in internet infrastructure for the US. Implementing a strategy to leverage fiber broadband could be just the  systemic change that is needed to improve the future of learning for the next generation

Accessing equality through an internet connection

The events of 2020 accelerated the need for fiber broadband and the fact that education is still experiencing after quakes of disruption in 2022 further demonstrates that the internet as a resource needs to be more readily available.

They then partner with cities and wholesale fiber providers to plug into their unused network capacity and bring service to homes that generally only have a single cable provider—fostering new gigabit internet options to homes across the US.

Put in strictly economic terms, unless action is taken to recover learning, this generation of students is at risk of losing $21 trillion in potential lifetime earnings, the equivalent of 17% of today’s global GDP.

Flume’s approach allows the company to save costs and deploy on a rapid timeline while maintaining the benefits of a futuristic fiber network, helping to bridge the gap in access to the internet, and by proxy education in 2022. Right now, the company is focused on the New York area, a city with extreme digital inequities and over 500,000 houses that have no access to the internet.