HomeTechnologyHow we got to 5G and what it means
Technology

How we got to 5G and what it means 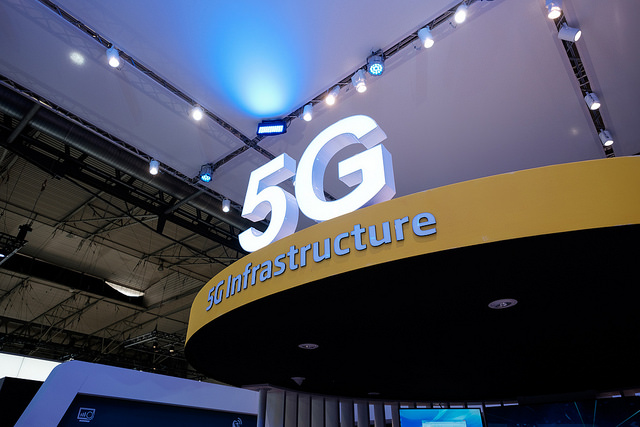 5G has been heralded with a lot of fanfare for a long time now. Most of 2018 was abuzz with how 2019 will start transforming human interaction with technology because of 5G.

Samsung has launched folding phones with 5G at nearly $2,000. In the US, Sprint has announced a 5G launch in May in some cities, while Verizon is gearing up. T-Mobile is planning the second half of the year for a 5G launch.

Asia is being touted to become the world’s top 5G region by 2025. South Korea’s three mobile carriers started their 5G networks in December, making the country the first in Asia to launch commercial 5G services. Japan is also setting the stage for limited pre 5G commercial services next year.

China has launched 5G network services in the Qinghai-Tibet and is coming up with a 5G technology centred innovation park in Hangzhou, the capital of China’s Zhejiang province.

Still, before we start accepting 5G into our lives fully, which seems inevitable, let’s find out what makes it tick.

5G or ‘fifth generation’ is the mobile broadband that logically succeeds or upgrades our existing 4G LTE connection. 5G promises download speeds that you can only dream of right now, we are talking 20 GBs/second as opposed to 1 GB/second on a 4G network.

For example, a 5G user could download a 3-hour HD movie in less than a second on a smartphone. That means goodbye buffering. 5G will also dramatically bring down ‘latency’, or the time that devices on wireless networks take to connect with each other.

5G could pose serious health issues, according to researchers and health professionals

To understand why 5G is being hailed as a revolutionary technology, let’s see how the previous versions helped us get here, starting from 2G.

2G was our break away from the analogue system or 1G, because 1G used to modulate the voice of a call to a higher frequency. It is with 2G that we started encoding a call to digital signals, with the introduction of GSM (Global System for Mobile Communication) technologies. This standard was developed in the early 90’s allowing users for the first time to roam while sending digital voice and data across the network.

We were able to use SMS, internal roaming, conference calls, call hold, and billing based on services, such as charges based on long distance calls and real time billing.

We had a slight upgrade to 2G with 2.5G between 2000 and 2003, which gave us packet network, implementing new standards known as GPRS (General Packet Radio Service) and EDGE (enhanced Data Rates in GSM). Along with high speed data transfer and internet, service providers could now charge for the amount of data sent rather than the connection time.

After 2001, came Third Generation mobile communication with higher voice and data capacity. This is when mobile devices really got swanky with higher data transmission at lower costs. It brought us video calling, chatting and conferencing, mobile TV, video on demand services, navigational maps, email, mobile gaming, and digital services, such as music and movies.

Just when we were wondering if it could get any better, 2010 welcomed the Fourth Generation. The LTE standard and all IP based network system of 4G brought on higher speed, higher security, at the same time, lowering the cost of voice and data services, multimedia, and internet over IP.

The LTE standard did require infrastructure changes on the part of service providers. Carriers have to re-engineer their voice call network, because voice calls in GSM, UMTS, and CDMA2000 are circuit switched. However, the advantage of an IP based network is its ability to seamlessly handover, for voice and data to GSM, UMTS and CDMA2000 technologies.

4G was designed to make mobile devices, such as smartphones, tablets, netbooks, notebooks and wireless hotspots, to provide up to ten times the speed of 3G networks.

That brings us to 5G. While we keep hearing everything nice about this new system, certain concerns have been raised by experts.

It is a fact that 5G signals require shorter wavelengths than previous networks, on account of which, they cannot travel longer distances and may fade out while traveling across a space. In addition, these signals are unable to penetrate obstacles like walls and could be absorbed by moisture and foliage with ease.

To prevent these problems, the setup of 5G requires deployment of densely deployed small cell towers. While this sounds like a plausible solution, one does wonder why we are hailing a technology that, infrastructure wise, seems far from perfect.

According to researchers and health professionals, 5G could pose serious health issues. The small cellular towers that are to be deployed on account of the weak signalling will be as dense as 200-1,000 feet apart.

Since people will be exposed to these towers with radiation emanating from them on a daily basis, they could experience irreversible health effects. Evidence is growing on the 5G health risks; however, no concrete proof has yet been found of this.

If we are looking forward to going gung-ho on IoT devices with the help of 5G, we must also consider that the more devices we connect to the internet, the more we expose them to cyber attacks, whether it is your house door, your alarm system, or your car. After all, when we get tech savvy, so do cyber criminals. Again, to counter such concerns, experts are already working on anti-virus solutions for smartphones and devices.

Having said that, every new tech receives some criticism beforehand, whether it was the PC or cryptocurrency. Considering 5G can help us build self-sustainable products, keep us connected with loved ones faster, help patients in dire need on time, run a car, the pros might be weighing out the cons. Keeping that in mind, we can give this new comer a hearty welcome, albeit with caution, awareness, and regulation.