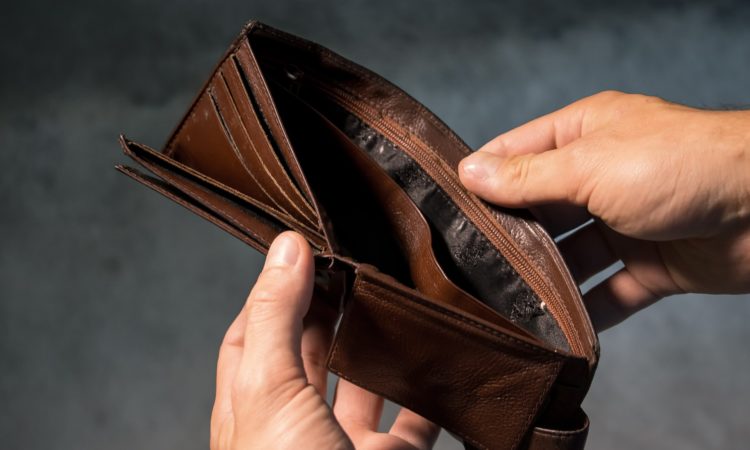 Click, click, click, and those shoes are yours. Doesn’t matter that you weren’t carrying cash or your debit card, or even your credit card. Your ewallet lets you transact with ease.

Digital wallets, ewallets, or mobile wallets, are all the rage right now in the financial world. Their usage is spreading fast, as going ‘cashless’ is the latest trend in fintech.

Read More: How to Keep up on Mobile Payment Security as Societies Go Cashless

However, when the commodity being discussed is actual money being spent, it is wise to understand its ways and the reasons why it is popular.

What is an ewallet?

An ewallet or a digital wallet provides the user the convenience of storing one or more method of payment digitally. Instead of carrying cash or even cards, the user just stores his/her payment information on a smart device, like a phone, a watch, or a tablet, locked and protected by a password. Other information such as store loyalty card information and digital coupons can also be stored.

Why this trend is revolutionizing the ecommerce and fintech sector is that ewallets are making the checkout process convenient. Users can avoid carrying around bulky wallets. They can even link their phone to their driver’s license, health card, loyalty card(s) or other ID documents. So, more power to the smartphone. Take sharp photos, hob nob in social media, access your email, and now make payments as well.

Read More: The way to your customers’ wallets is through their mobile phones

They are secure too, since it’s harder to steal digital information, and a user’s information on an ewallet is highly encrypted. It’s not impossible though.

Several smartphone apps are now out in the market from companies such as Apple and Android, offering versions of ewallets. Many credit card issuers offer their own versions, too, making it easy to connect cards and accounts.

The origin of digital payments

The form of digital payments can be traced back to 1997, when Coca Cola launched a few vending machines in Helsinki that let customers purchase a can via text messages. Though very different from modern day ewallet transactions, this is believed as the origin.

Soon, mobile devices became the means to buy movie and travel tickets, hotel bookings, and ordering food. By 2003, around 95 million cell phone users had used a mobile device to make a purchase.

Google became the first major company to launch a mobile wallet in 2011. With NFC (near field communications) technology, consumers could pay, earn loyalty points, and redeem coupons. Despite the fact that it was used on only one phone model and was accepted only by a handful of merchants, it proved to be very popular.

2012 saw Apple’s Passbook, which, though not for mobile payments, could be used for boarding passes, tickets, and coupons. Apple Pay came two years later. Launched in the US, it quickly spread to the UK and China. 2015 brought Android and Samsung Pay.

Ever since, digital wallets like GrabPay, Lazada Wallet, PayPal, Touch n Go, vcash, and many more, have made this mode of payment quite popular. A Juniper Research study predicts that globally almost 2.1 billion consumers will use a mobile wallet to make a payment or send money in 2019.

The greatest advantage ewallets hold for consumers as well as retailers is the ease of payment. A transaction is followed by immediate transfer of the money. Also, the retailer can process the order and send it out immediately. The user doesn’t have to divulge any personal details or bank account details to the retailer, since those details are already stored in the ewallet once and for all. Most ewallets are protected not just with passwords but biometrics, so no one else can use it to make payments.

Having said that, there are certain sour points with this new tech.

Aren’t you still carrying something?

You don’t need a physical wallet, but you do need a mobile or a smart device, which you have to carry physically. So, it hasn’t really taken away all your worries. If you lose your device, there are ways to protect your money, but it’s still mighty worrisome. Moreover, you also have to ensure that your device is charged, unlike a traditional wallet.

How secure is it?

For tech non-savvy consumers, ewallets could be a challenge. It is important that users employ strong and often-changed passwords to ward off potential hackers. After all, this is money we are talking about, and by now, we know that nothing on this planet is ‘unhackable’. At least, not yet.

A successful hacker can get access not only to the amount stored on the wallet, but also the information stored, gaining access to the user’s financial details. The non-tech savvy could get robbed in a much worse way than a regular wallet owner. Also, looking at the history of mass data breach incidents last year, that possibility cannot be ruled out either. Imagine the chaos.

Is it more expensive?

Some ewallets offering rewards programs might charge a fee for transferring rewards. There might be hidden charges or only specific ways of accessing benefits. For example, in 2018, when using the PayPal debit program, users received 1% cash back with a standard signature credit transaction. Using a PIN through a digital wallet, however, would omit this benefit because the point-of-sale changes the transaction. That meant, spending $900 per month resulted in a $100 loss each year for the user.

Does it lead to hedonism?

Convenient access to money at all times could encourage hedonistic shopaholic behavior. According to a study by the University of Illinois at Urbana-Champaign, transaction data from one of the largest banks in China and Alipay BABA, adoption of mobile payments was found to have increased total money spent by 2.4%.

The total number of retail transactions rose by over 23%, resulting from frequent purchases of low-cost items. The study also found that ewallets made people spend more on food, entertainment, and travel, while not much change was noted in spending on education or healthcare.

Several countries have adopted ewallets on a large scale. Kenya and Tanzania make widespread use of the M-PESA mobile payments system and microfinancing service. Its popularity in Asian countries has been rising too.

This mass popularity doesn’t, however, make it fool proof. As a report by Daniel Van Dyke, an analyst at Javelin Strategy and Research says, “the explosion will give way to an implosion, as the number of payment providers contracts.”