HomeTechnologyKomodo Covers gives you a third eye to keep your boats dry from anywhere, anytime
Technology

Komodo Covers gives you a third eye to keep your boats dry from anywhere, anytime 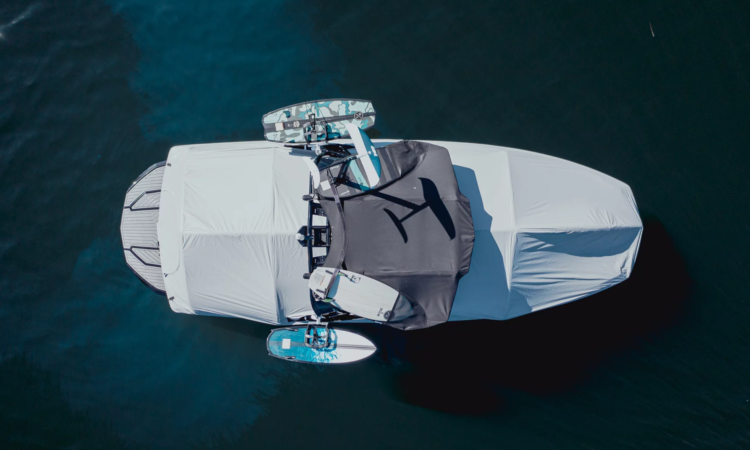 Josh Bremmerer grew up on a lake and every fall they would dry their boats out with heaters and put a cover on them. Then they would put a tarp over the cover or build a frame under it to protect the boats during the colder months.

Every spring, they would take the cover off their boats and there would be mold on the upholstery, and the electronic connections would have to be cleaned.

“This eventually breaks down the boats and you end up replacing entire parts, which is not the best scenario,” says Josh, who is now the CEO of Komodo Covers, a company that creates innovative mooring systems for boats.

The seeds of the company first sprouted when Josh and his brother were coming back from kitesurfing a couple of years ago and he started drying the inflatable kite on the boat.

“I was like how cool it would be to have an inflatable boat cover that worked like a kiteboarding frame. That’s when the initial concept was born. Then we started making a list of all the things that boat covers don’t do well, with the most important one being getting moisture out of the boat,” the entrepreneur told The Sociable.

The result is a revolutionary mooring system that will keep boats dry and climate-controlled, whether it is on the dock or driveway.

The name Komodo, the credit for which goes to Josh’s wife, is inspired by the scaly skin, expanding rib cage, long lifespan, and semiaquatic nature of the Komodo Dragon. “They also look super cool,” Josh said.

Komodo covers are designed to be impervious to the elements and have expanding beams that act like a rib cage. The cover starts off easy to pull over the boat, and once secured, automatically tensions to take up all the remaining slack.

Another interesting feature, according to Josh, is that boat owners can unzip the cover in just a few seconds to “grab whatever they need from their boat without going through the time-consuming effort of removing the cover and then putting it back on.”

The CEO of Komodo Covers says their solution is “completely unique”, with the entire system being patent pending.

“One of the unique things about our cover is that we have the lightest weight, fully waterproof material on the market. You could actually use it as a pool liner. It’s THAT level of waterproof. You could flip over one of our covers and fill it with water and it would not leak.”

Another distinctive feature is the airframe. “It’s super unique. No one else is using air to create a structure underneath the fabric of the cover. That’s really important to keep pooling off,” he explained.

Josh added that there is nowhere on the cover that does not achieve at least a 20 degree angle, meaning that gravity pushes the water off when it hits the cover. “That, in combination with the very slippery surface of the cover ensures effective, long-term outdoor storage.”

Pooling water was not the only problem the Komodo Covers team had to solve.

“Boats inherently get wet when you use them. The water spray comes in, or you get out of the lake and you’re soaking wet and you get in the boat while dripping water. The life jackets also retain a ton of moisture,” Josh said.

In order to control all that moisture, they had to design an electronic solution for monitoring and maintaining the temperature and humidity of the air underneath the boat cover.

“During the process, we realized that really the temperature’s not a problem. Rather, it’s the humidity of the air. So this is where our Komodo Kommander automated system gets introduced, which is the control unit that runs the cover and is very easy to use and connect to the cover.”

Josh, who chose the name Kommander to keep going with the animal theme, said the app allows users to have eyes on their boat at all times no matter where they are. The app also alerts them if cockpit humidity, temperature, battery voltage, and strut pressure go out of range.

If a user monitors and maintains more than one boat, they can easily add them all to their account, which enables them to view and monitor all of the boats on one page. Josh believes this feature could be a great resource for marina management in particular.

Komodo Covers will be focused on the North American market in the early stages of its development but plans to branch out to Europe in the future, commented Josh, who is half Italian.

“Every style of boat needs a different style of airframe, different general patterning, and different integration for the accessories that are on the boat. That’s why we decided to start with the boats that we’re most familiar with and are commonly used in the U.S. and Canada.”

Josh says many boat owners think maintaining a boat is very expensive but argues that they have to think about the actual cost per year.

“It’s definitely an investment worth making,” added the CEO of Komodo Covers, whose solution is expected to change how people boat with features available at less than half the cost of heated boat storage for one winter.