The future of sustainable food: from vegetarianism to victim-less ‘meat’ grown from animal cells 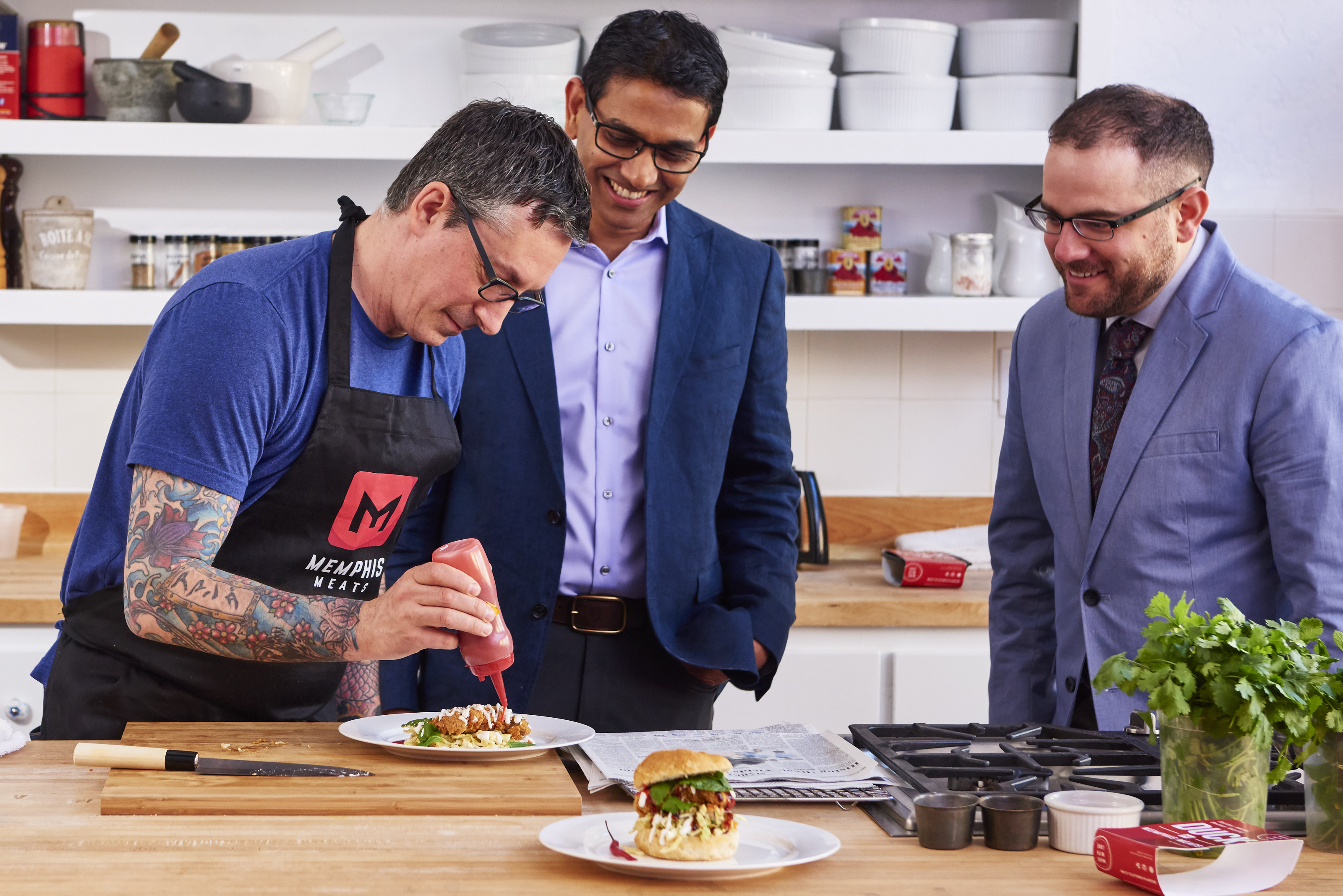 Vegans and vegetarians can sometimes have it tough. Not only are their choices more limited when eating out, but they can also receive a lot of grief from meat eaters who don’t understand how anyone can live without bacon.

However, thanks to a number of startups, growing trends and mankind’s unsustainable love for meat, we may all be eating veggie burgers and tofu sooner than we think.

As tasty as a juicy steak can be it is hard to swallow the amount of damage that is caused just to for it to arrive on a plate in front of us. According to Worldwatch Institute, an astonishing 51 percent or more of global greenhouse-gas emissions are caused by animal agriculture. Additionally, the use of water in the meat industry in staggeringly high.

For example, it takes more than 2,400 gallons of water to produce one pound of beef, while producing 1 pound of tofu only requires 244 gallons of water. The United Nations has also stated that a global shift toward a vegan diet is necessary to combat the worst effects of climate change.

The worrying facts and figures regarding the meat industry are endless, however, environmental reasons aside there are a number of other reasons that being vegan and vegetarian has increased by 350% in the past decade. One of the main factors is quite simply because it has become fashionable.

Social media sites such as Instagram have massively encouraged vegan and vegetarian lifestyles, with a particularly strong influence on teenagers. This increased acceptance and popularity has enabled more vegans and vegetarians to have access to better knowledge, a wider selection of ingredients and a growing number of stores and restaurants which tailor to their food and products for their desired dietary requirements.

Recently, the popular New York vegan restaurant By Chloe has announced plans to expand into London, along with other areas of Europe and the Middle East. The expansion is also backed by a $13 million dollar investment after the incredible success in its home country.

Within just two years, this trendy vegan restaurant has gone from one cafe to an impressive collection of seven locations across New York City, Boston and Los Angeles, with plans of opening four more locations across the US by the end of the year. In an article by Business Insider, the restaurant reportedly took in $10 million in sales in 2016. Next year, the company aims to triple that with the aim of achieving $30 million in sales .

Before you start panicking about the idea of have to hit up your local street dealer to get a Big Mac in a meat-free society, there are many startups who are aiming to provide you with a succulent burger without a single animal dying.

One of these companies is Memphis Meats. This startup in the heart of Silicon Valley is currently working to produce meat from animal cells, without the need to feed, breed and slaughter real animals.

They also hope to have a greener impact on the environment due to the fact its meat will require up to 90% fewer greenhouse gas emissions, land and water compared to the standard process of producing meat. On top of all this, they also want their burgers to be incredibly delicious.

Impossible Foods is another company that is trying to tempt us to become veggie with its plant-based burger that appears to drip blood. The blood effect is produced using an ingredient found in plants called leghemoglobin, which carries the same iron-containing molecule, known as heme, that’s also found in animal muscle. While these innovations may be onto something, there are still a number of issues that need to be tackled before we all start tucking into faux meat plant burgers.

According to the New York Times, the FDA is worried about leghemoglobin use in food, as it’s never been consumed by humans before and it could be an allergen. The FDA hasn’t deemed the compound unsafe, therefore the burger can still be sold. However, Impossible Foods is reported to be resubmitting paperwork to the agency in the hope that leghemoglobin will be officially signed off as safe to eat.

While this may seem like a small issue there is also the factor of production. In the future this may prove to be the most efficient and cost effective way to produce meat, however, at this moment Memphis Meats’ chicken currently works out at around $9,000 per pound to produce. Along with production costs, taste is also an important factor as their designers want these burgers to be just as appealing as the real thing.

August 2 was officially labelled Earth Overshoot Day, signifying the fact that we have already used up our allowance for water, soil, clean air and other resources on Earth for the whole of 2017. As this problem increases we are likely to become more desperate to find alternative solutions in order to reduce the consumption of resources.

It is unlikely that the world will turn vegan overnight, although with growing acceptance and an increasing availability, veganism and vegetarianism might be our best option as a society to ensure that future generation are able to eat at all.