HomeTechnologyStill a Long Way to Go: Technology is Not Yet Ready to Replace Humans As Elderly Carers – But it Sure Can Help
Technology 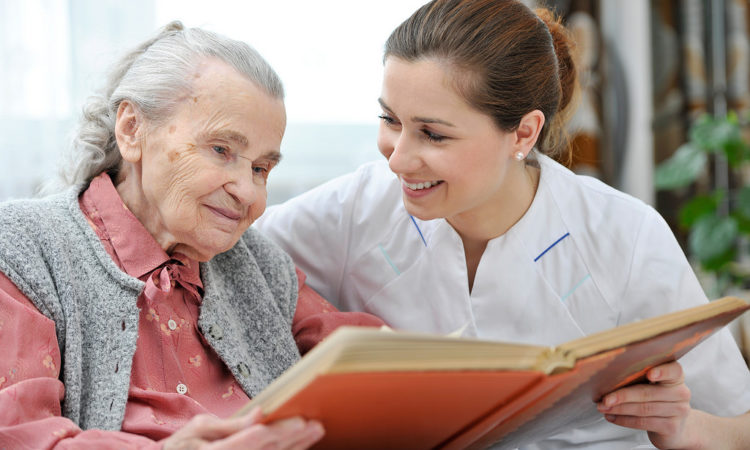 The world’s older population is growing faster than ever before. A report released by the United Nations shows that virtually every country across the globe is experiencing rapid growth in the percentage of elderly people per population. And as the role of technology is rapidly evolving and shifting, private and public institutions are increasingly leaning on new technologies to lighten the load.

It is clear that global digitization will revolutionize the structure and practices of most industries, with one of the most talked about being elderly care. As the talk of robots taking our jobs continues to be a hot topic, the media has created a buzz around robots eventually replacing humans as the elderly population’s caregivers. But don’t fret nurses – this isn’t likely to be anytime soon.

Humans will always want other humans for interaction. As one of the biggest problems the elderly face is loneliness, it’s unlikely elderly care providers will disappear just yet. Though technology – particularly in the form of robots – can still be a huge help. Here’s how.

It’s likely that tech is going to make sweeping changes in every field and industry. We are already seeing multiple applications in the field of elderly care, from Uber-style platforms frail user can utilise to call for carers, to robot-caregiver prototypes which look like chatty animals, which are both already being commonly used in Japan.

The most common applications seek to alleviate the difficulty and distress associated with the common problems and ailments associated with ageing. Solutions include GPS and alarm-embedded apps, wearables, implants robots and virtual assistants or telemedicine devices and medication management systems.

However, while new technology is being designed to keep the elderly safer, and more autonomous in their own homes, the current applications are far from perfect. Many argue that the technology is too bulky and takes up too much space in old people’s homes. Others have raised the more paranoid issue of potential risks of reward hacking and whether we can wholly trust the bots.

However, it will take time for developers to produce the optimal robot-caregiver – time elderly people currently do not have. Technology for managing elder care is evolving but at the same time, it is still in its infancy. So what are the next steps?

Robots: Near human caring potential – but not there yet

Developers and entrepreneurs are working towards developing intelligent robots that will be capable of entirely filling the role of caregivers. This is particularly the case in Japan, where 80 percent of the elderly are expected to be cared for by robots by 2020, due to the shortfall of caregivers. These robots deploy smart technology to help people in certain situations, such as electric-boosted mobility aid that a person can hold onto when walking around or a bot which can move them to and from their beds.

This is a country that is hugely investing in technology in the hope that it can benefit the shrinking human workforce. Developers, like those working at Japan’s National Institute of Advanced Industrial Science and Technology, might be working hard to produce simple robotic devices capable of helping elderly persons accomplish singular tasks, like moving from chair to bed, or using the bathroom – but they hope to eventually integrate the technology that runs these devices into a fully-functional, near-human, robotic caregiver. In short, an all in one robot caregiver, closer to the image of AI driven robots we see in the movies.

But can bots really ever replace humans? Robot-caregivers, as impressive as they are, present their own, unique technological and psychological challenges. Cognitive deterioration and loneliness in the elderly is unlikely to be improved if real human interaction is reduced – no matter how advanced the technology is. Though helpful, it is always better to have a human caregiver around. And we still don’t know if the elderly are psychologically ready or willing to have a robot care for them. After all, they are the least technologically savvy demographic in society, and may well be uncomfortable with hi-tech machines.

So there ideally needs to be a balance. We need a bot that is going to help yet not fully replace humans.

The robots we have discussed so far, collaborative robots, or cobots, are what we are seeing more and more of. Developed in the late 1990s by J. Edward Colgate and Michael Peshkin, co-bots are designed to work with humans in a workspace. Typically used solely in industrial environments, they simply assist, albeit it in a sophisticated way. This is why they’re perfect for helping in the home of the elderly.

With the elderly, daily tasks, such as preparing food or taking a shower, can seem daunting. With the use of cobots, assistance can be on hand, 24/7, there to hand medicines, help with trips to the toilet or even keeping the elderly active. That way, the elderly can have friends, family or even nurses round simply for the company, while the robots take care of the more tedious and difficult tasks.

A lot of the time the elderly will need round the clock care. Humans simply can’t do this. Therefore, dull tasks, such as cleaning the home, for example, can be left to cobots, allowing the elderly to socialize and have full human interaction.

The idea of collaborative robots in the home doesn’t stop at the elderly either. They could quite as usefully be utilized to help children or the disabled.

As touched on before, technology for managing elder care is rapidly evolving, but at the same time, it is still in its comparatively early stages. Thanks to technological advances, the risk of grandpa falling and having no way of getting is thankfully becoming less likely.

With companies working faster to find robots that are going to work well in the home, this is only ultimately going to benefit the elderly. Though it seems there still is – and hopefully always will be – a need for actual human interaction.

Though tech can still provide solutions. And it seems likely to come in the form of remote home care. Today, remote home care allows the elderly to live somewhat independently, and does involve remote human interaction.

They can be the perfect technological balance between human and robot caregivers and are already available on the market. Using in-home sensors to track and log daily activities and alert remote caregivers of any disruptions, systems like these are well-monitored, affording loved ones peace of mind that their elderly relative is well taken care of in their absence.

So while we wait for robots to gradually penetrate the market, remote home care seems to be the happy medium businesses and customers can agree on, that allows a fine medium of independence and human interaction. And while technology slowly works to help all industries, and not just that of elderly care, we can only hope that the need for real, human contact never gets forgotten.

Rafi Zack is the Co-Founder and CEO at EchoCare Technologies Ltd. He brings over 25 years of extensive experience in technology, management, and entrepreneurship.
view all posts