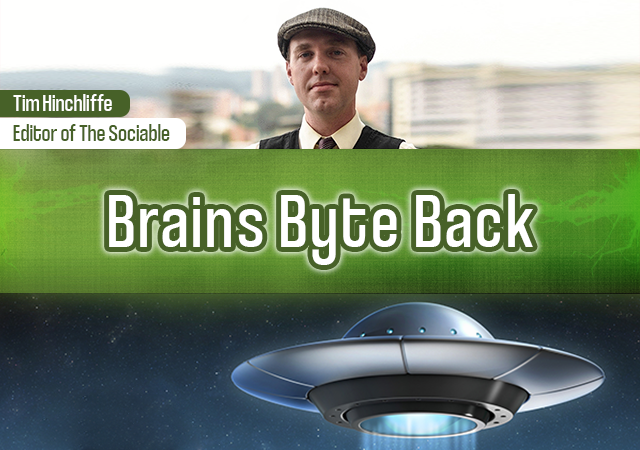 This week we are joined by our editor here at The Sociable, Tim Hinchliffe, to discuss his work focusing on UFOs, also referred to as Unidentified Aerial Phenomena (UAP).

For years Tim has reported on government technology and has published a number of articles on The Sociable relating to UFO news, insights, and theories from government bodies and UFO communities.

In this episode, Hinchliffe picks apart his recent article “Origins of UFO technology theories: secret space programs, ETs & time traveling humans,” and elaborates on what he believes to be the top three most likely theories relating to the existence of UFO technology.

Hinchliffe also explains how he first became interested in UFOs, what it is like to report on such a mysterious subject from a strong journalistic standpoint, and bizarre theories such as the grandfather paradox and why it could be important for UFO technology.

Additionally, we also discuss ancient civilizations and their world-famous structures. During this part of the show, you will find out why Hinchliffe doesn’t believe that many of the older Pyramids are tombs, but instead served another greater purpose for the living.

We also touch upon what Christopher Dunn’s Giza power plant theory could mean for understanding ancient civilizations, and an interesting feature that can be experienced in Mexico’s Chichén Itzá.