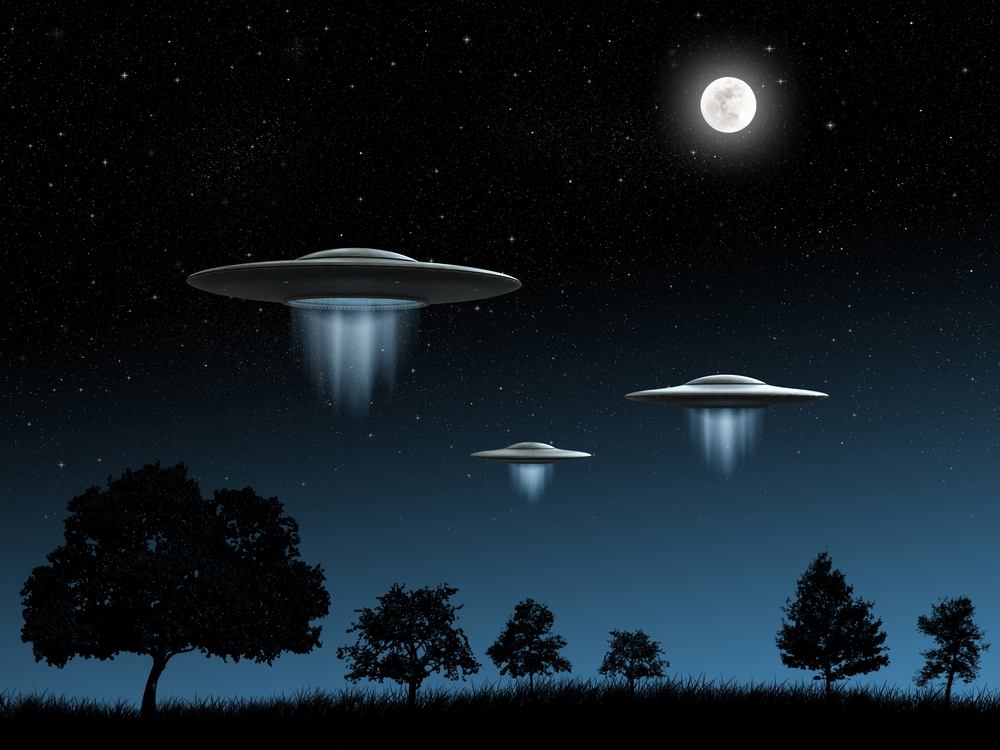 As the Pentagon formally confirms the existence of UFOs while setting up an Unidentified Aerial Phenomena (UAP) task force, the UFO community has been developing some compelling theories about the origins of UFO technology.

Last week, the Pentagon announced it was setting up the Unidentified Aerial Phenomena Task Force (UAPTF) “to improve its understanding of, and gain insight into, the nature and origins of UAPs.”

Senate Intelligence Committee Chair Marco Rubio told CBS Miami in July, “We have things flying over our military bases and places where we’re conducting military exercises, and we don’t know what it is, and it isn’t ours.” The full clip is available on The Black Vault‘s YouTube channel.

The highest authorities in government and the military have confirmed that UFOs exist, but so far, not one government has taken credit for their appearance.

Who built these things, how did they do it, and what type of societal impact would such advanced technology have on the future of humanity? https://t.co/TyALB9lVeO via @thesociable @TimHinchliffe #UFOs #UAP #UFO

There are many theories floating about as to the origin of these Unidentified Aerial Phenomena, and from what I see at present, there are three overlapping theories:

As infiltration, division, and cancel culture are ever-present in a UFO community consisting of competing researchers, bloggers, event organizers, and social media personalities, my aim with this story isn’t to side with one or the other, nor to try to prove or debunk anyone’s ideas.

This is a condensed look into three overlapping theories on the origins of UFO technology that have been making the rounds these past few years, with the focus being on the message and not the messenger.

As the name implies, the notion of a Secret Space Program is an all-encompassing explanation of where UFO technology could come from — and one that doesn’t rule out the presence of ETs or time travel.

The idea is that secret space programs have existed since at least the Second World War, and that humans already have established bases on the Moon and Mars, and even beneath the Earth in places like Antarctica.

Black budget programs are not new to governments, and military technology is usually decades ahead of anything that is commercially available thanks to research funded by organizations like the Defense Advanced Research Projects Agency (DARPA).

A simple explanation of the origins of UFO technology could be just that — a black budget program built by humans that is completely off the books and compartmentalized in a way that not even those who are working on it are aware of the full scope of the program.

While it may be conceivable that clandestine factions of a government possessing very advanced technologies that not even the Pentagon, the Russians, nor the Chinese admit having, the secret space program narrative also veers into the notion that the technology itself is extraterrestrial in origin and may possess time travelling capabilities.

From Out of this World

For over 30 years Bob Lazar has kept to his story that he worked on reverse engineering off-world technology at Area S4 near Groom Lake, Nevada, and he even mentioned working on Element 115 as a possible source of anti-gravity propulsion, which did not exist on the Periodic Table of Elements at the time he was first making the claims.

In certain circles, secret space programs are said to cooperate directly with several races of ETs as part of some galactic federation, with humans interacting with hominoid-like beings that are avian, simian, or reptilian-like in appearance.

Whether UFO technologies come from humans alone, or whether humans had help from beings not of this world, the technology involved appears to be capable of warping spacetime due to maneuvers that seem to break the laws of physics.

This brings us to the idea of time traveling humans from the future.

Both the US Navy and the Department of Defense have confirmed that the UFOs seen in leaked video footage are real UAP.

Senators have been briefed on UFO sightings, the Pentagon has set up a UAP task force, and between 2007 and 2012 the Defense Intelligence Agency (DIA) spent $22 million dollars on research into warp drives, antigravity, wormholes, extra dimension manipulation, and whole lot more.

One of the 38 research papers that the DIA disclosed it had funded as part of its “Advanced Aerospace Threat Identification Program” was called “Warp Drive, Dark Energy and the Manipulation of Extra Dimensions” by Dr. Richard Obousy and Dr. Eric Davis.

Therein the authors explained how an advanced technology could theoretically bend space and time around a craft as a form of propulsion through something called a warp drive — which doesn’t violate the cosmic speed limit.

Although scientists say that warp drives are theoretically possible, “further advances in quantum physics, quantum mechanics and metamaterials” are still needed to make them a reality, according to Joseph Agnew – an undergraduate engineer and research assistant from the University of Alabama in Huntsville’s Propulsion Research Center.

Using a warp drive to bend space and time is a theoretical means of UFO propulsion, and spacetime manipulation brings us to the idea of time traveling and all of the mind-boggling paradoxes in logic that comes with it — one of the most famous being the Grandfather Paradox.

Taking UFOs as time machines a step further, those who are said to have theoretically “traveled” from the future have been dubbed “extratempestrials” by Michael Masters, professor of biological anthropology at Montana Tech.

The author of “Identified Flying Objects: A Multidisciplinary Scientific Approach to the UFO Phenomenon,” Masters made the claim that UFOs may actually come from humans in the future who figured out the secrets of quantum mechanics.

The term UAP could also provide a clue as to the potentially time traveling nature of these alleged time machines, as they may not be “flying objects” so much as they could be “phenomena” that bend time and space.

Or maybe UFO had too much of a tin-foil connotation and the DoD wanted to spice things up a bit?

Of course, all of the brief explanations about the select few possible origins of UFO technology listed above are theories, and I personally have zero insider information to share that isn’t already publicly available.

There’s also the question of whether living beings are physically piloting UFOs or whether the UAP are potentially pilot-less drones.

Another theory is that UFOs are just a psyop using lasers, plasma, or other trickery to manipulate sensors and suspend disbelief.

As it stands, the official government narrative is that nobody knows where UFOs come from, but that doesn’t stop those in the UFO community from believing that somebody, somewhere, knows the real truth, and that the UFO disclosure narrative is being controlled by a select few.

Many are pushing for full disclosure of advanced technologies that could potentially lift society out of poverty, eradicate illnesses, and end wars.

And there are those who believe that clandestine forces are pushing for soft disclosure, where the public is spoon-fed small drips of information at a time in a controlled narrative that may have nefarious motives.

Many in the UFO community conduct their investigations independently, working tirelessly as they climb through mountains of FOIA requests while interviewing former government employees to piece together what they believe is really going on.

Others claim to be real insiders and whistleblowers formerly involved with secret space programs, and there is a lot of animosity between the camps, accusing one another of being LARPs, grifters, and sell-outs.

My intent with this story was to avoid further vitriol by highlighting message over messenger, so that the basic concepts may stand on their own without the added baggage of personality thrown into the mix.

If you travel about in UFO circles, you’ll know who and what I’m talking about.

If you don’t, as always, I encourage you to do your own research and draw your own conclusions on what you choose to believe and whom you choose to trust, if anyone, because the official narrative right now is that nobody really knows where UFO technology comes from.

How smart mattresses analyze your sleep to improve your slumber